A good Samaritan tradesman who foiled a daytime robbery in a supermarket carpark is paying dearly for his heroism after he was run over by a getaway car.

Hamilton trainee electrician Gareth Godfrey is nursing a badly broken leg and faces months of rehabilitation after rushing to the aid of an elderly shopper who was allegedly being robbed in broad daylight.

Godfrey, who has represented New Zealand twice at fly fishing, said he was working at the Rototuna New World supermarket when he heard a woman crying out for help. 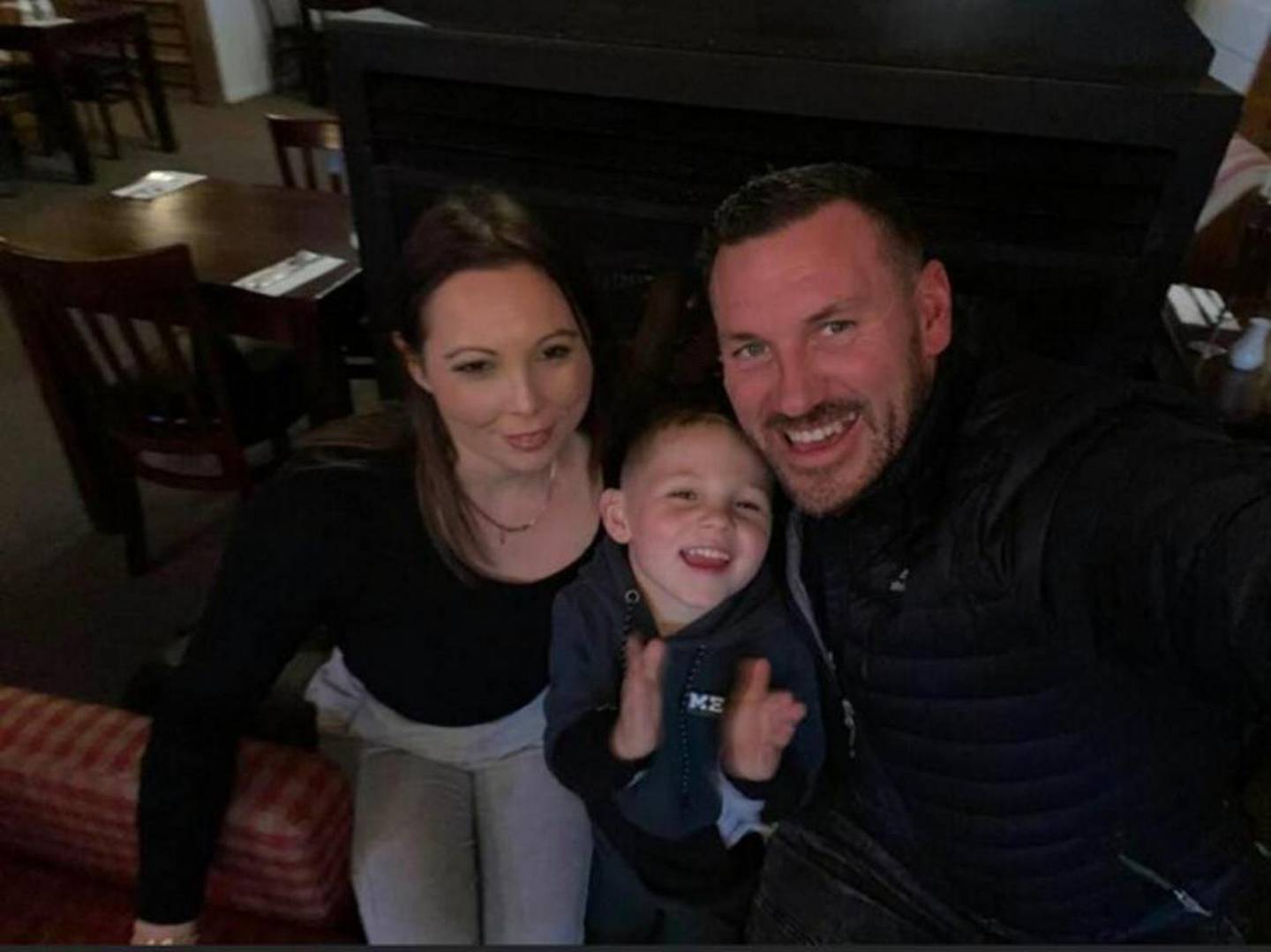 "I just stood in and jumped on something that shouldn't have been happening," said Godfrey, 41.

"I just went over and they were in another car as well and they tried to take off. I grabbed the guy and stopped him from going in there." The 41-year-old is now regarded as a superhero by his young son, Cruz. Photo / Supplied

Godfrey said the attacker "tried to take some swings at me" but he was determined to hold onto him.

"And then the girls that were driving the car ran over me, straight over my leg."

Godfrey said he was left in a world of pain, while the elderly victim thanked him.

"She tried to talk to me a lot while I was on the ground injured but I was in so much pain I couldn't talk to her," Godfrey said.

"She said thank you so much to me but I was ready to go to another planet." 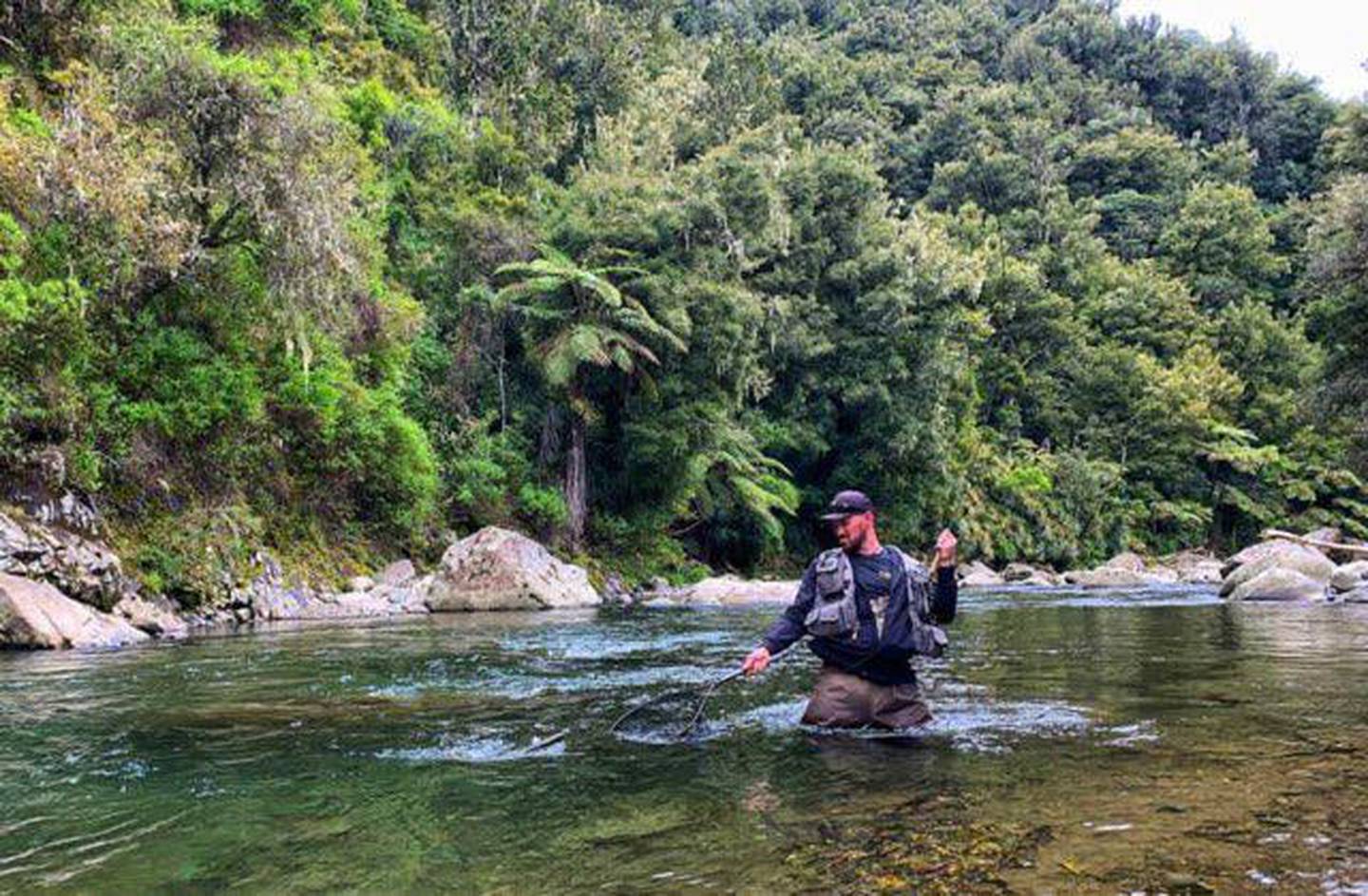 Godfrey said he has since undergone surgery, with a rod surgically inserted in his mangled right leg.

"It's pretty bad. They basically ran over my leg and shattered it. I know when I look down it's not good. It'll be three months of no work, I'd say. That's what the doctor said today."

The timing couldn't have been worse with a trade exam scheduled in the coming weeks as he edged closer to becoming a qualified electrician, Godfrey said.

From Wellington to Auckland

Police today said the car was found more than 100km north a day later on Auckland's North Shore with police eventually spiking the vehicle at Pukekohe. The car had allegedly been stolen from Porirua on Monday evening.

A police spokesperson said the incident occurred when an alleged offender was interrupted interfering with a vehicle in a Rototuna supermarket car park.

"The alleged offender and victim got into a brief altercation. A second offender then began assaulting the victim."

Police said a third offender then drove a vehicle toward a witness who attempted to intervene.

"The vehicle hit the witness, who suffered injuries to his leg. The first offender then began to assault the witness as he lay on the ground."

The spokesperson said the trio got into a car and left.

Shortly before 2pm yesterday, police were told that the stolen vehicle had been seen more than 120km north in Glenfield, Auckland.

Police said they found the vehicle, which headed south on the Northern Motorway before being spiked at Pukekohe.

A spokesperson said the vehicle's four occupants fled on foot before they were caught.

One youth was charged with wounding with intent to cause grievous bodily harm.

Another youth and an 18-year-old female were charged with aggravated robbery.

All four people arrested were charged with unlawfully getting into a motor vehicle.

The group are due to appear in Hamilton Youth and District Courts today.

Godfrey's wife Rose said she was incredibly proud of her husband but "that was just his nature". It was the second time he had come the aid of a person in distress in a matter of weeks.
"He helped another lady out at the Mad Butchers where a lady was getting assaulted and he broke that up about a month or so ago.

"But all I can say is how we've described it to my son - dad's a superhero. He's a robot now with his rods in his leg and that's what he's telling his mates at school today." 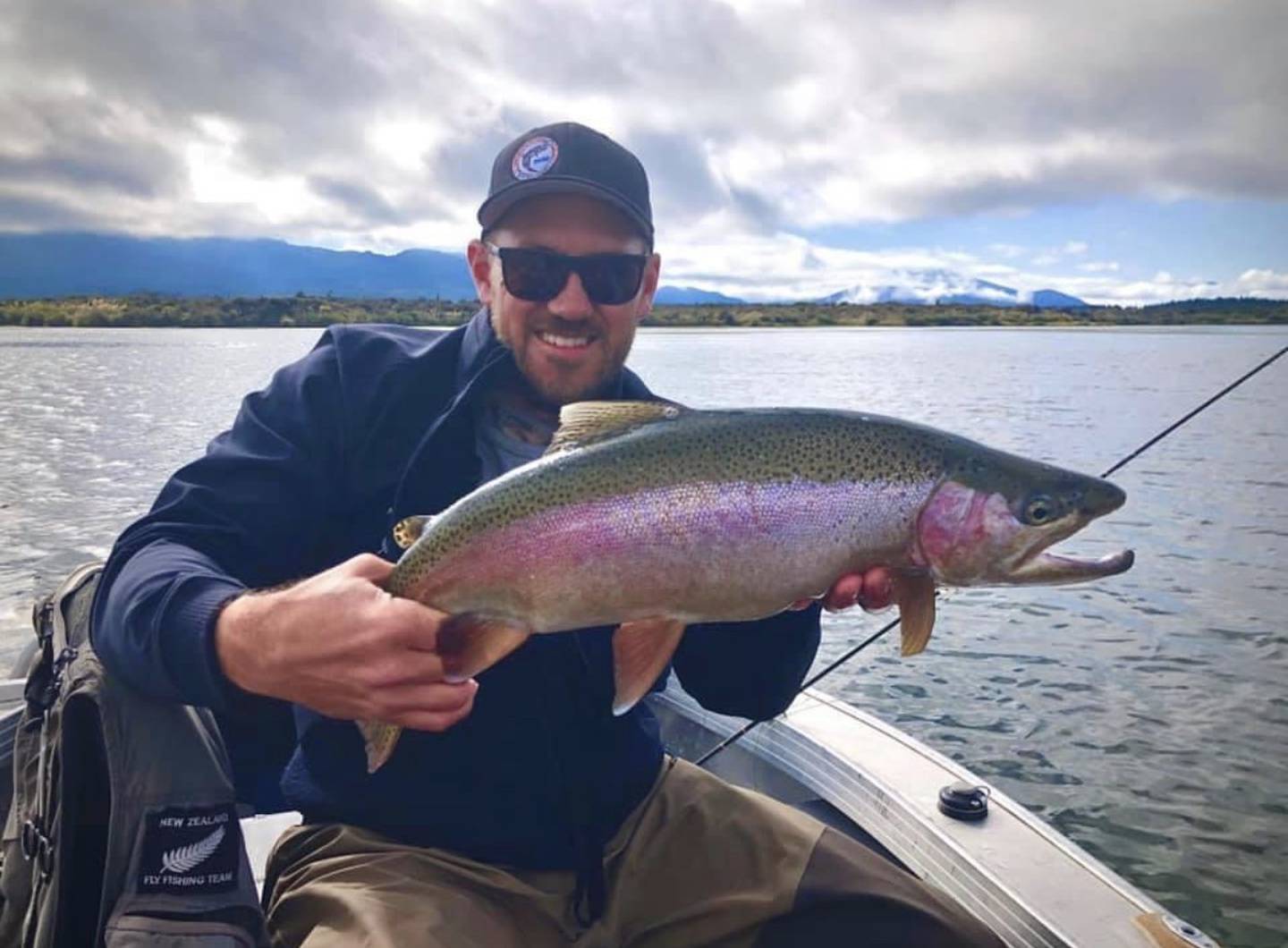 She said they had been overwhelmed by people reaching out with support for them since the incident and touched that a givealittle page had been set up by another witness.

Their son Cruz celebrated his sixth birthday yesterday and in a social media post her heartfelt hope was that he would grow to become a man just like his dad.