Shocking video shows how an everyday Kiwi scene almost became a disaster zone due to one driver's speed and inattention while attempting to overtake.

The footage shows a line of vehicles slowing behind a milk tanker as it prepares to turn into a Waikato dairy farm.

As the cars wait for the truck to turn, the camera catches an Audi four-wheel-drive inexplicably speeding past in the opposite lane to overtake - even as the truck's indicator is clearly visible.

The inevitable happens, despite the Audi driver's attempts to brake and swerve, and the 4WD slams into the truck's cab in a glancing collision that sends both vehicles tumbling off the road.

The driver of the dashcam vehicle sums up the incident with a stream of expletives. 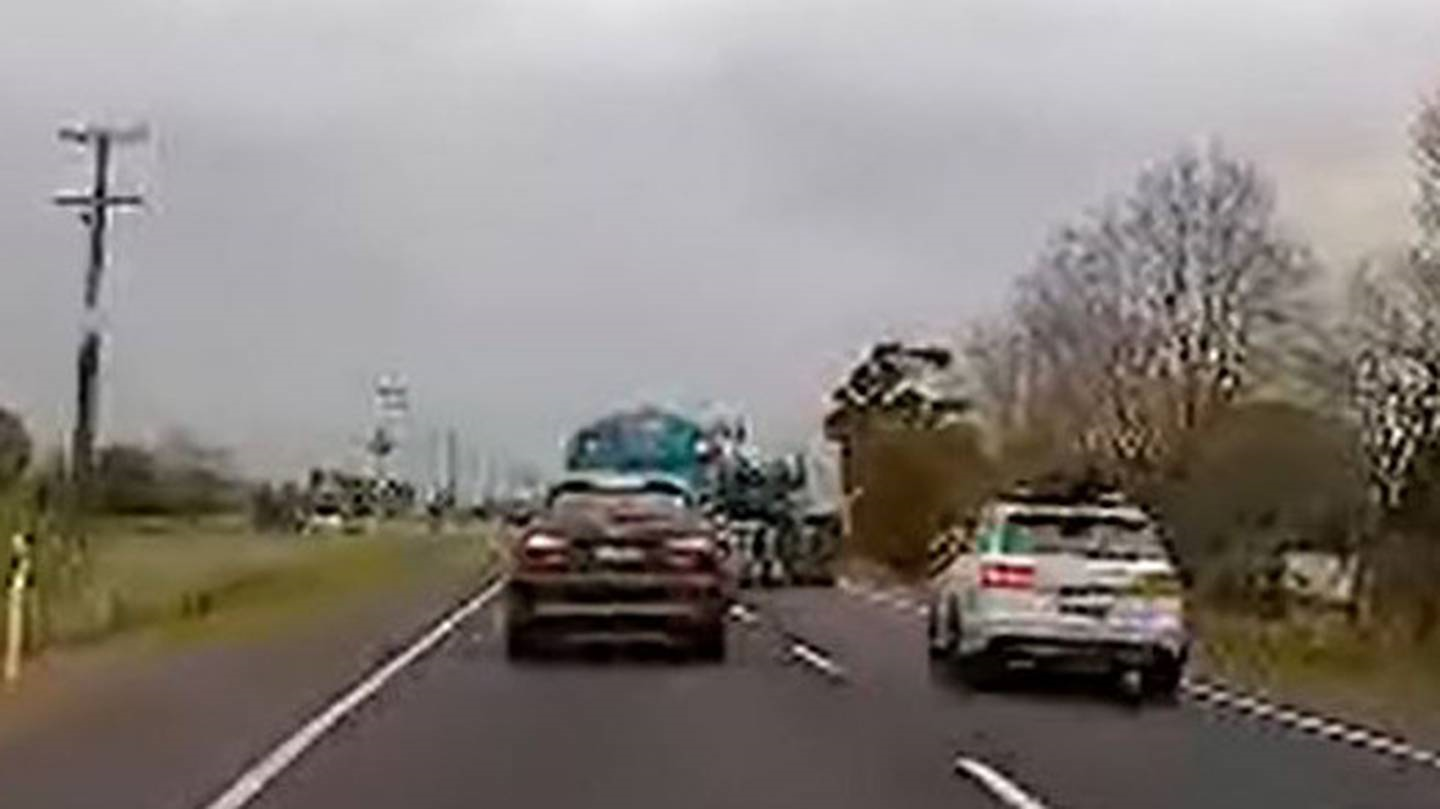 The Audi driver had not time to stop about speeding past the line of traffic. (Photo / Facebook)

The man who shared the video, which was filmed on June 7, had a message for other road users.

"Ok people.....when you see a truck slowing down with his indicator on and the cars behind it slowing......think about it.....could save a life.....YOURS!"

Comments on the video, which was shared to social media, expressed frustration with the Audi driver's actions and revealed how commonplace the behaviour is.

"Mate I feel ya," wrote one commenter. "Some of the s*** my drivers go through on the daily just as bad as you I'm sure and they're driving fuel around. Bloody muppets on the road."

"Poor truck drivers having to deal with this," said another.

Others argued that the driver could have killed someone and their actions should result in their car being seized.

Another blamed our "No consequences society," saying the driver could "apologise, claim the insurance, do it again".