With the Dolby Theatre descending into chaos as the Oscars cut to a break just minutes after a furious Will Smith stormed the stage, cameras have captured the moment it appears a visibly rattled Chris Rock appeared to try and make peace with the star and his wife.

Attendees and millions watching from home were left in shock as the King Richard star interrupted presenter Chris Rock's speech to slap him across the face after the comedian made fun of Jada Pinkett Smith.

In the stunned minutes that followed, guests including Denzel Washington, Tiffany Haddish and Bradley Cooper rushed to the Smiths' side to comfort them as they both appeared to wipe away tears.

Meanwhile, a picture taken inside the theatre during the ad break shows Rock holding up an open palm toward the couple in what looked to be an apology, while Washington stood between them.

It's unclear what their reaction to him was. 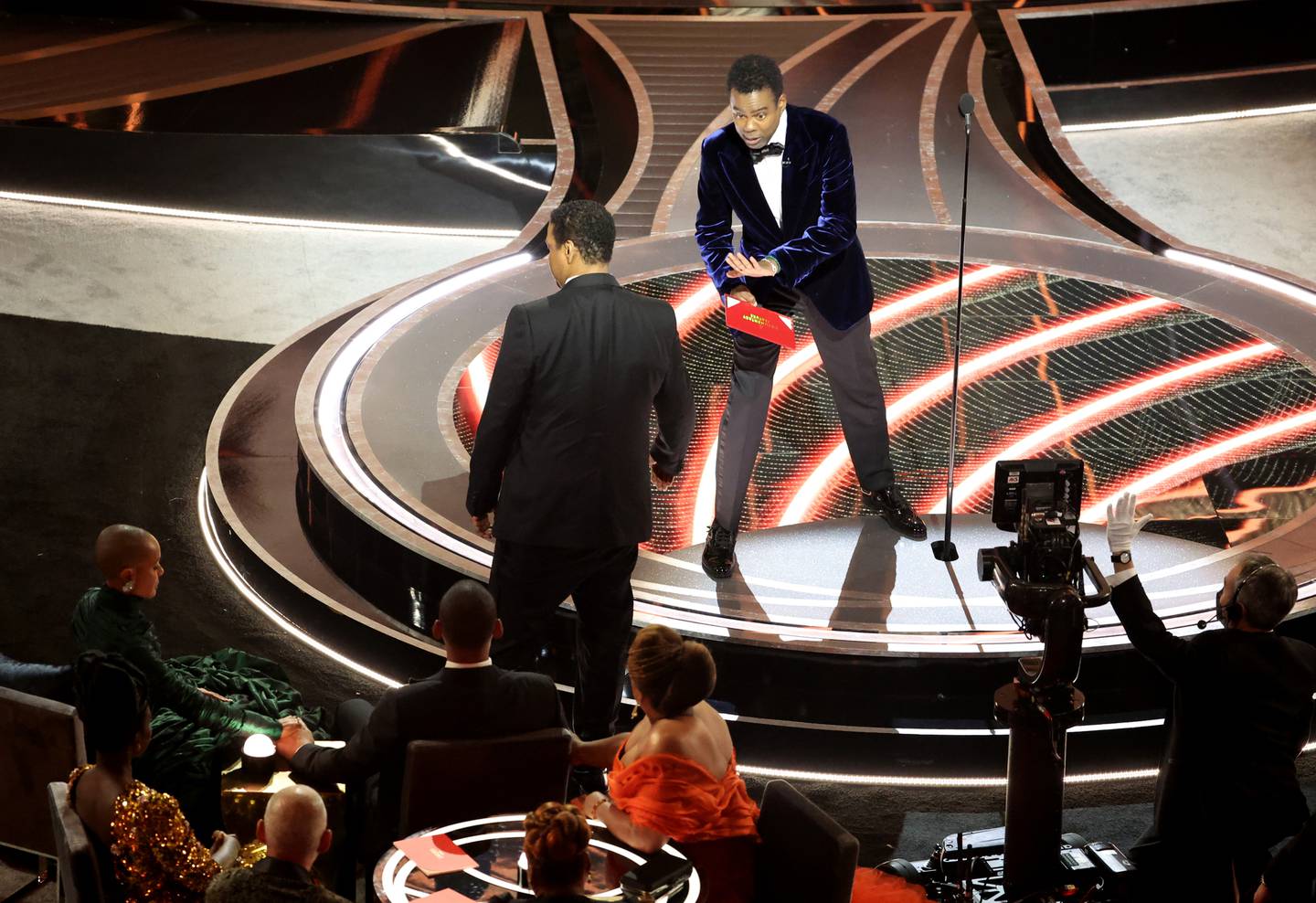 Denzel Washington appeared to be acting as a mediator while comforting the Smiths amid the chaos. Photo / Getty Images

Despite earlier claims from P Diddy that Rock and Smith made amends after the ceremony, it's now being reported that the pair are yet to speak to each other.

TMZ refuted Diddy's remarks, quoting a source who claims that Rock went straight to his dressing room after leaving the stage, and then quickly exited the venue.

TMZ also reports that Rock did not known about Pinkett Smith's medical condition when he joked on stage about her appearance, with an insider claiming that the comedian "doesn't have a mean bone in his body".

Smith initially appeared to laugh it off as Rock made a gag about his wife's bald head, saying: "Jada, I love you, G.I Jane 2 can't wait to see it", in reference to the 1997 movie in which Demi Moore plays a bald marine.

Pinkett Smith has alopecia, which causes hair loss. She was clearly upset by the joke and rolled her eyes as the audience laughed, prompting her husband to march on stage and slap Rock in the face before returning to his seat and repeatedly screaming: "Keep my wife's name out your f**king mouth!" 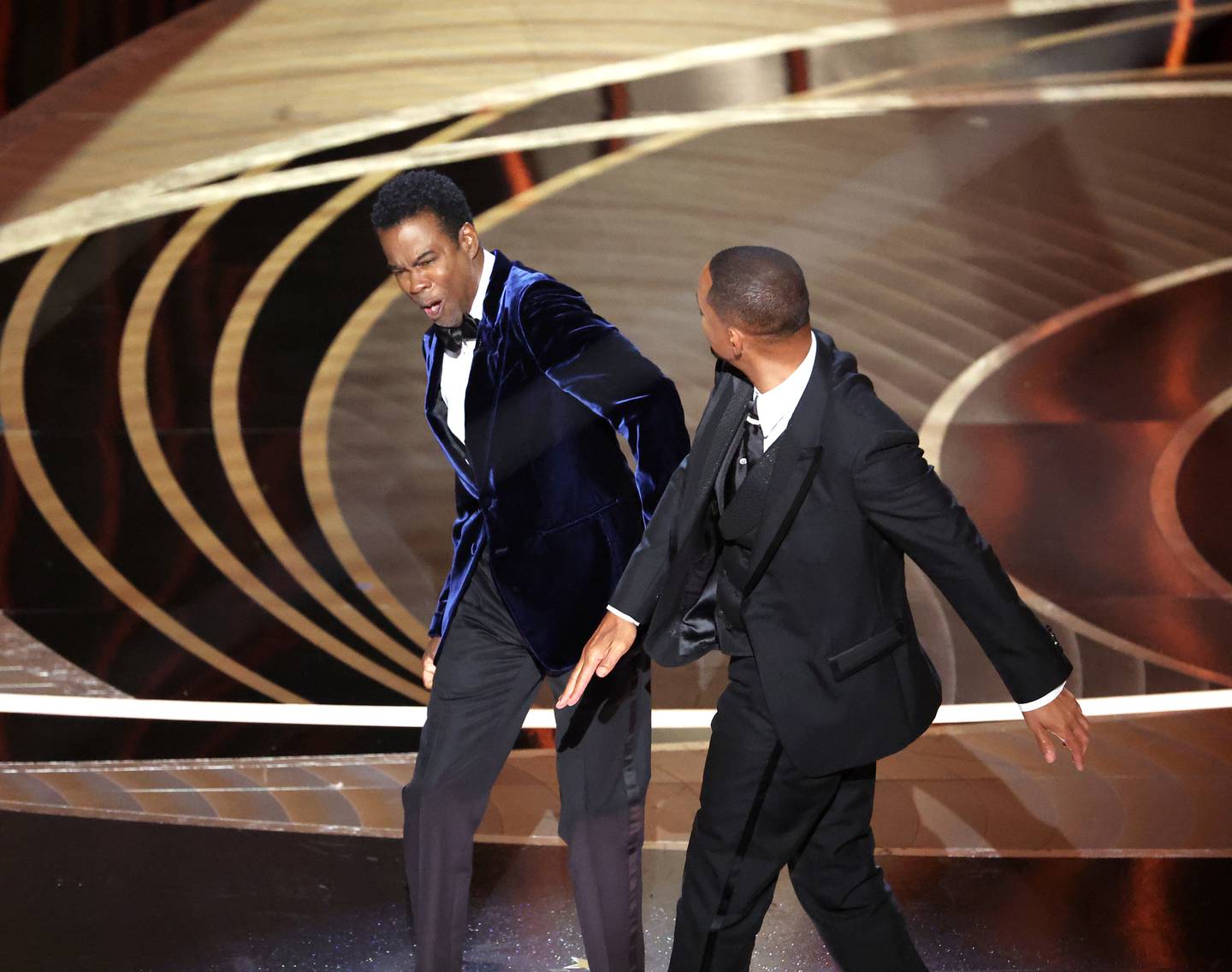 According to Page Six, "Chris was very calm, there was a lot of love for him at that party.

"Wanda Sykes was his wingman for the night. He was sitting at Guy's dining table, and people lined up to console him and offer support."

Meanwhile, Smith has publicly apologised to Rock after the now-infamous slap.

The Best Actor winner, 53, took to Instagram on Tuesday morning to post a lengthy note saying he was ashamed of his behaviour at the awards show.

"My behaviour at last night's Academy Awards was unacceptable and inexcusable," Smith wrote. "Jokes at my expense are a part of the job but a joke about Jada's medical condition was too much for me to bear and I reacted emotionally.

"I would like to publicly apologize to you, Chris. I was out of line and I was wrong. I am embarrassed and my actions were not indicative of the man I want to be.

"There is no place for violence in a world of love and kindness." "I deeply regret that my behavior has stained what has been an otherwise gorgeous journey for all of us.

The Academy of Motion Picture Arts and Sciences has now launched a formal review into the incident, saying it "condemns the actions of Mr Smith at last night's show".

In a statement released following the shocking moment, the organisation stated that it was going to "explore further action and consequences in accordance with our Bylaws, Standards of Conduct and California law".