Will Smith will be banned from attending any Academy of Motion Picture Arts and Sciences event, including the Oscars, for a decade following his violent outburst at this year's ceremony.

At a meeting held on Friday afternoon, US time, Oscars organiser the Academy of Motion Picture Arts and Sciences made the decision but stopped short of stripping him of his Oscar.

Smith had pre-empted the Academy when he resigned his membership the previous weekend. At the time, he wrote he would "fully accept any and all consequences" for his actions, but was "resigning from membership in the Academy of Motion Picture Arts and Sciences" ahead of the meeting. 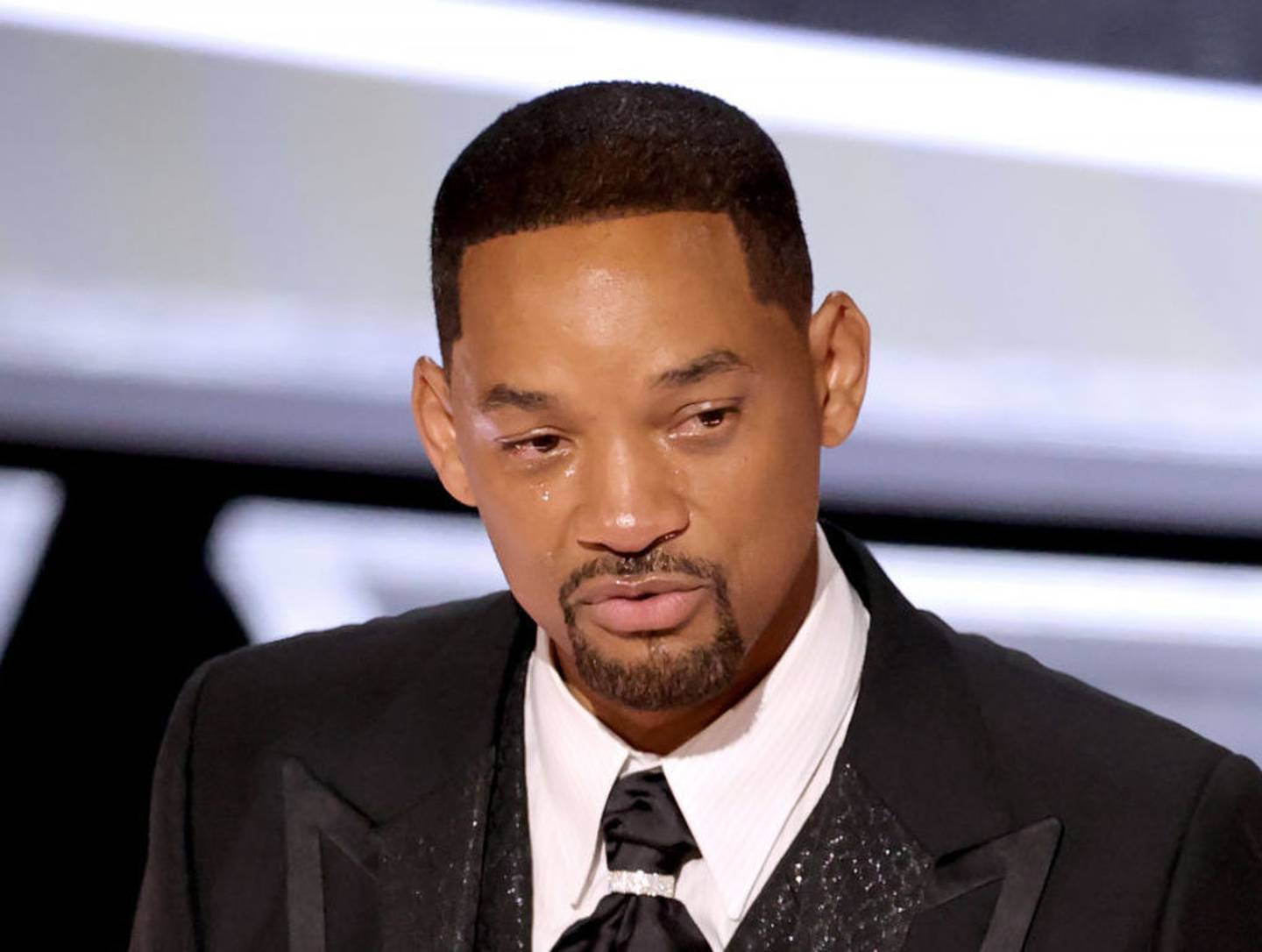 The decision on Will Smith's Oscars ban was made this morning (NZ time). Photo / Getty Images

Smith appeared before the Academy of Motion Picture Arts and Sciences disciplinary board on April 8 in the US (Saturday morning NZ time) after he took to the Oscars stage nearly two weeks ago to hit Chris Rock for making an insensitive joke about his wife.

Smith's resignation from the Academy means he is no longer eligible to vote on the awards. He is still able to be nominated for and win future Oscars. The Academy has close to 10,000 members across different branches including acting, directing, writing, costume, publicity, sound design and more. Membership is by invitation only.

Smith shocked the audience in the room and the millions of viewers watching the live broadcast of the Oscars when he mounted the stage and struck Rock on the face.

Moments earlier, the comedian directed a joke at Smith's wife, Jada Pinkett Smith, targeting her shaved head. Pinkett Smith has openly talked about suffering from alopecia, a condition that results in hair loss, although it's not clear if Rock was aware of her diagnosis.

Thirty minutes after the incident, Smith won the Oscar for Best Actor for his performance in King Richard. He gave a long speech in which he gave a general apology to the Academy and to his fellow nominees but not to Rock, and he didn't directly address the violent assault.

Smith then spent the night celebrating at the Vanity Fair after-party, a move that apparently rubbed some Academy members the wrong way.

After the Oscars wrapped up, it was revealed that officials had planned to begin disciplinary proceedings against the actor on April 18.

The meeting was brought forward to April 8 after the actor unexpectedly handed in his resignation.

In a letter obtained by CNN, Academy president David Rubin wrote, "I am calling a board meeting for this Friday morning, April 8, at 9:00 am PT, rather than the previously scheduled April 18 meeting, to address possible sanctions for Will Smith in response to his actions during the Oscars broadcast on March 28."

A source told the Sun there had been several Zoom conference calls with various members of the Academy over the past several days.

"The decision was made earlier this week to expedite the hearing in the wake of Will's resignation, and during that call it was clear that the decision would go to the wire," the source said.

"The members — of which there are over 9000, with hundreds of WhatsApp groups flying about — are completely split. The governors themselves are also said to be in disagreement."

The Evening Standard has approached representatives for Smith and the Academy for comment.

The next morning, the Academy announced a formal review into the ceremony's drama, and called out Smith for his violent actions.

How will Smith respond?

Smith has already said in his resignation statement that he would accept any and all consequences for what he did.

"I have directly responded to the Academy's disciplinary hearing notice, and I will fully accept any and all consequences for my conduct," Smith said. 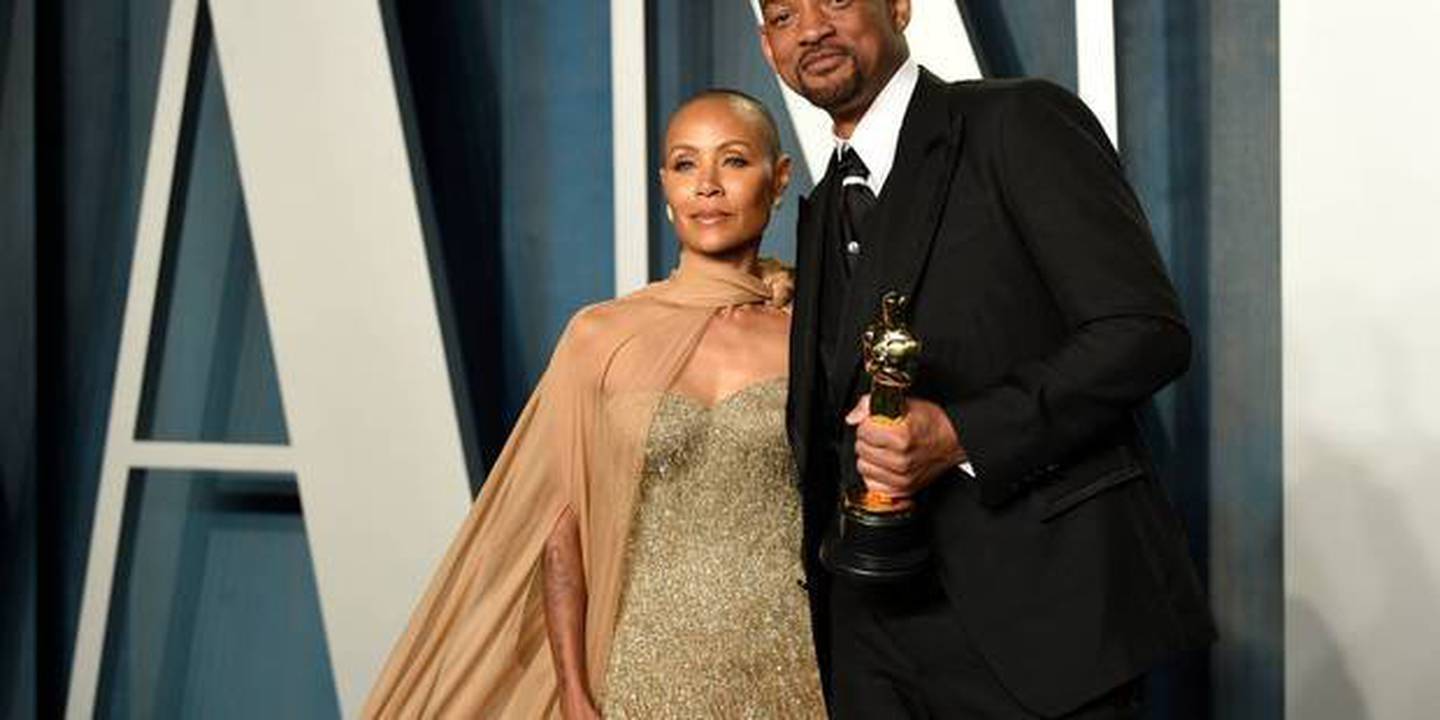 Will Smith said the joke about his wife Jada Pinkett Smith's medical condition was too much for him to bear. Photo / AP

"My actions at the 94th Academy Awards presentation were shocking, painful, and inexcusable.

"The list of those I have hurt is long and includes Chris, his family, many of my dear friends and loved ones, all those in attendance, and global audiences at home. I betrayed the trust of the Academy."

Smith continued, "I deprived other nominees and winners of their opportunity to celebrate and be celebrated for their extraordinary work. I am heartbroken.

"I want to put the focus back on those who deserve attention for their achievements and allow the Academy to get back to the incredible work it does to support creativity and artistry in film.

"So, I am resigning from membership in the Academy of Motion Picture Arts and Sciences, and will accept any further consequences the Board deems appropriate."

Pinkett Smith has been living with alopecia, which causes drastic hair loss, for several years and has been vocal about her struggle with the condition.