It will forever be the show associated with the age of Covid-19, an escape from our locked down lives via Netflix. But long before the world was introduced to Tiger King, New Zealand had its own colourful big cat wrangler complete with a TV show, family infighting and a court case. Neil Reid reports.

It's how producers of American true-crime documentary series pitched Tiger King, the global hit from Netflix, which has attracted viewers in their millions.

The show focuses on the stranger-than-fiction lives of a group of big-cat conservationists in the US, including the larger-than-life Joe Exotic; currently serving a 22-year jail sentence for two counts of hiring someone to commit murder, plus a further 17 counts relating to breaches of animal welfare laws.

But as New Zealand fans lap up all the drama, many will remember the drama a little closer to home concerning another big cat handler.

Craig Busch — the Kiwi who enjoyed global fame as The Lion Man — is now living in self-imposed exile from his home country more than 11,500km away.

The two stories also share a link in the form of Dr Bhagavan Antle, one of Exotic's mentors, who has spoken out against Busch's animal practices. 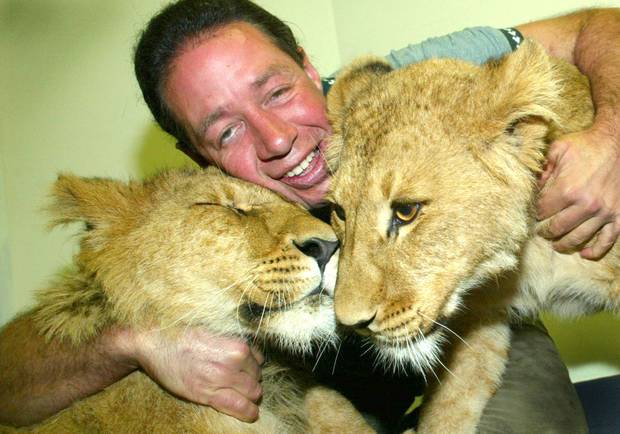 Once, Busch was the star of The Lion Man reality TV show, broadcast in more than 100 countries, and the owner of the Zion Wildlife Gardens in Northland, a big-cat reserve that attracted tourists from around the world. Now he is a "distraught" man.

A statement issued by South Africa's Jabula Big Cat Sanctuary — where he is now based — said he had been left "distraught" over the cats at the Northland park he was last at in 2014.

"He is distraught over the unnecessary and spiteful killing of his cats, like Zion [one of his lions] and others, and that he has been withheld from his beloved animals and park."

The statement claimed he had also been a victim of a smear campaign.

"Because of this, Craig does not trust the New Zealand media anymore and is very disappointed by what has been done to him in New Zealand."

Fans around the world couldn't get enough of the first three series of The Lion Man, which first aired in 2004.

But the New Zealand public's appetite for Busch — who like Exotic was a self-taught big-cat handler — plummeted in 2007 after he was convicted of assaulting his then partner.

Karen Greybrook — who also starred in The Lion Man — suffered a cut to her head, a fractured vertebrae and bruising in an altercation after Busch found her in bed with another couple.

The incident — and its aftermath — unleashed a chain of events from which Busch and the big-cat park never publicly recovered. 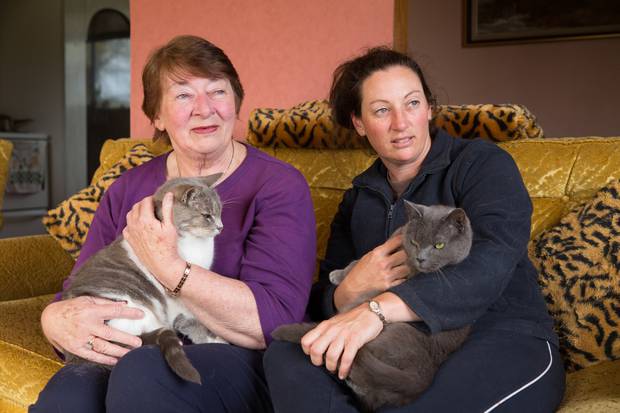 It also engulfed his mother Patricia – who stepped in to help bankroll Zion for several years – and his sister, Megan Busch, who later worked there.

Family harmony was tested and the mother and son became locked in a bitter court battle both over Craig's dismissal from Zion, and control of the once-popular park.

The legal action came after Patricia Busch had paid off his company and personal debts. In return, she was made sole director of Zion until the loan was repaid.

Craig was meant to stay on as the public face of the tourist venture, but was given his marching orders by Patricia in November 2008, after their relationship fell apart.

Patricia went to the Employment Relations Authority in a bid to gain the return of park property (including firearms and a tranquilliser gun), legal fees and alleged loss of income.

Busch made a counterclaim, seeking back both his job and control of Zion.

He also made an emotional plea to his fans to do all they could do to help him return to his pride.

"They are my family — part of me," he said at the time. "Not only do I believe I am essential to their well-being, they are equally essential to mine."

Fans had travelled from around the world to see the TV star and Busch's axing led to a drop in visitor numbers. Six months later Zion suffered tragedy when tiger handler Dalu Mncube was mauled to death.

The park was temporarily closed and on reopening had to restrict visitor interactions, a further blow to its financial sustainability.

While Patricia was struggling to keep the park's doors open, The Lion Man was still proving to be a hot-ticket overseas."They are my family – part of me," he said. "Not only do I believe I am essential to their well-being, they are equally essential to mine." 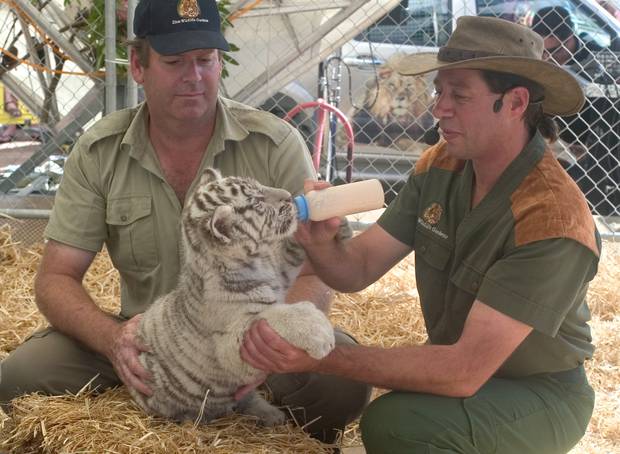 Thousands of fans — many based in the UK, where repeats of the reality TV series remained appointment viewing — dug deep to send him donations.

Many also coughed up to attend meet-and-greets in the UK.

But as his British fans rallied around him, Busch was dealt another blow to his credibility — with his latest batch of detractors including one of the future stars of Tiger King.

One of the things that left the Lion Man's fans spellbound was the apparent trusting bond he had with his animals.

Despite handling the lions and tigers — including mock wrestling and having some of the near-200kg beasts place their large paws over him — he never received a scratch. Those watching on imagined that if they were in his shoes, they would be torn to shreds by sharp claws.

Well after his departure from Zion, and in the midst of the family legal battle, it emerged there was a good reason for a lack of injury.

The claws on many of the big cats at Zion had been surgically removed; akin to a human having the first joints of each of their fingers amputated.

The process overseen by Busch was described as "barbaric" by zoologist Peter Dickinson and Australian-based zoo consultant Tim Husband who had been contracted by Patricia to look after the day-to-day operation at Zion.

Husband said there was no reason to declaw a big cat, other than for them to be able to "perform" with handlers.

Antle told New Zealand media that the declawing of the cats to allow for human interaction would mean they were likely to have to be euthanised if the cash-strapped Zion were to close its doors. Without claws they had lost a key defensive tool if they were to be rehomed with other big cats in zoos around the world. 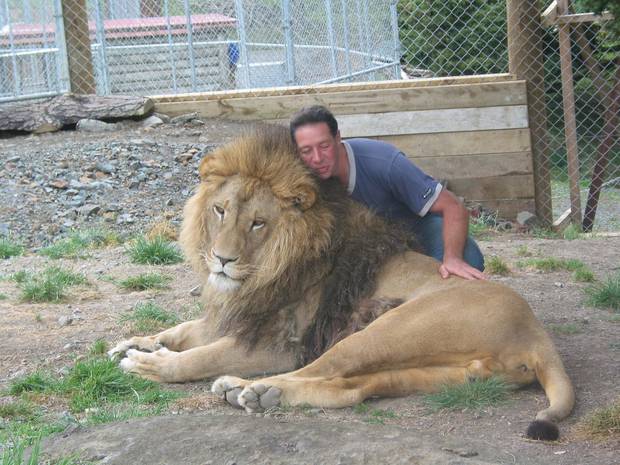 Lion Man Craig Busch up close and personal with one of his pride of big cats in 2003. File photograph

The controversial procedures were later investigated by the Ministry of Agriculture and Forestry — with its findings giving weight to Husband's stance.

Busch responded that his decisions were made "with the best interests of his cats uppermost" in his mind. He was adamant he had acted on advice from "experts in the field".

By the late 2000s, with the legal action continuing, Busch was making himself known again in the big-cat community, in South Africa. That included spending time at the Rhino and Lion Nature Reserve near Pretoria.

And although he had earned worldwide fame working with big cats, his initial work was involved in the war against poachers threatening the extinction of the rhino.

He helped set up One World; an organisation his website said was a "collective of caring battle-scarred conservationists Craig Busch has befriended on his numerous quests".

Busch was also in negotiations with broadcasters in the UK for a potential return to reality TV.

Back in New Zealand, his mother had sold off several investment homes in Auckland, as well as putting her family farm in the Waikato on the market in a bid to keep Zion afloat.

And despite Busch and Husband being in opposing corners, they were both on the receiving end of chilling threats.

Husband went public with claims he had been told over the phone that if he was seen crossing the road in Whāngārei he would be run over.

Busch's spokeswoman also released several threats made to the big-cat handler, including one titled "CraigBuschMustDie".

Receivers were called in at the embattled Zion Wildlife Gardens in July 2011.

The dramas that had surrounded the park continued when the staff from PricewaterhouseCoopers tried to gain access.

Patricia's lawyer, Evgeny Orlov, said the receivers were refused entry due to concerns for their safety around the big cats. PwC responded by taking legal action forcing Patricia to allow them in.

Meanwhile, Busch went public with claims he had the "financial resources" to regain control. If successful he would open it up as an African-style safari park, and re-establish a big-cat breeding programme.

Plans boasted of potential "night tours". "This will be followed by a barbecue and sitting around the campfire listening to stories from the Lion Man himself."

The Herald on Sunday was unable to contact Patricia Busch for this story.

Busch was finally reunited with his pride in early 2012.

The park and its assets were sold to Zion Wildlife Kingdom Ltd for an undisclosed sum, with the day-to-day running of the park to be handled by Earth Crest Limited. The latter's sole shareholder was Busch's then-partner, Suzanne Eisenhut. the park was renamed the Kingdom of Zion.

On the day of its public reopening, April 7, he spoke of how his big cats realised "dad was home".

He also spoke of his dreams for the future, claimed he was in talks with international broadcasters over a return to reality TV, but added "good things take time".

But his homecoming didn't prove to be the magic bullet to turn around the park's fortunes. Two separate attempts were made to liquidate Earth Crest Limited in early 2013.

And fan tours were ended after the Ministry of Primary Industries closed the facility in mid-2014 for widespread upgrading of enclosures.

Shortly afterwards Busch was gone, and for good this time.

The big-cat park was purchased by Bolton Equities, with a spokesman saying at the time it was hoped it would be a "world-class facility for breeding", and that the venue — renamed the Kamo Wildlife Sanctuary — was viewed by the new owners as a "labour of love because they love big cats".

Although Busch was gone from the park, and his beloved cats, he did make a short-lived return to the small screen, fronting the new reality TV series The Lion Man: African Safari.

Promotional material for the series stated: "His passion . . . to fight for the wilds. His mission . . . to hunt down poachers. Meet Craig Busch . . . a real-life hero who will take you closer to the world's most adorable but dangerous wild cats."

It was broadcast in India, South Africa and some European countries by Discovery Channel's Animal Planet.

Busch refuted the claims, saying it was the latest example of "smear campaigns" targeting him.

And Busch never did make his return to New Zealand TV, with no local networks picking up The Lion Man: African Safari. The crowds haven't returned to his former base, its gates remaining locked. 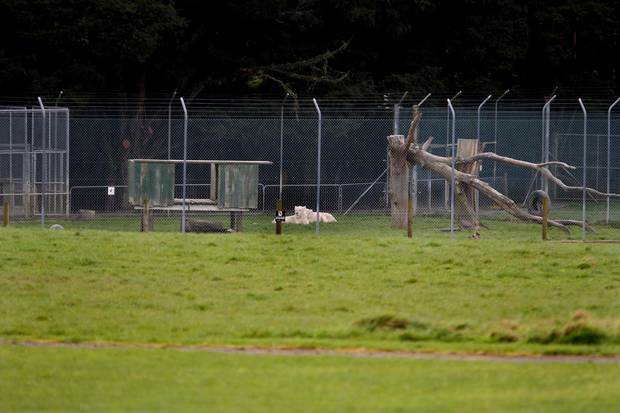 A message on the Kamo Wildlife Sanctuary's Facebook states the park is "currently closed for renovation and rebuilding". Its website adds: "We are working closer to being available for Northland New Zealand to meet the cats once again".

The owners did not want to comment when contacted by the Herald on Sunday.

When it does reopen, it will be minus Busch — and many of the cats he helped rear, including his beloved lion, Zion, have been euthanised for health reasons.

In 2012, Busch said Zion was his best mate and wherever in the world he was, he could feel the lion's presence.

But no protection — even spiritual support from the big cat — could protect Busch from the fall from fame once the cameras stopped filming.