Heart-stopping video has encountered the moment a diver survived being knocked into the sea by an enormous great white shark while filming the predator from a plastic cage.

The dramatic footage of British shark expert Jimi Partington was filmed for Discovery's Great White Open Ocean, part of the network's annual Shark Week, and its release comes after Partington had a very different brush with death right here in Aotearoa.

The footage shows Partington inside a small, transparent box made of polycarbonate which is suspended in the waters of the Pacific. 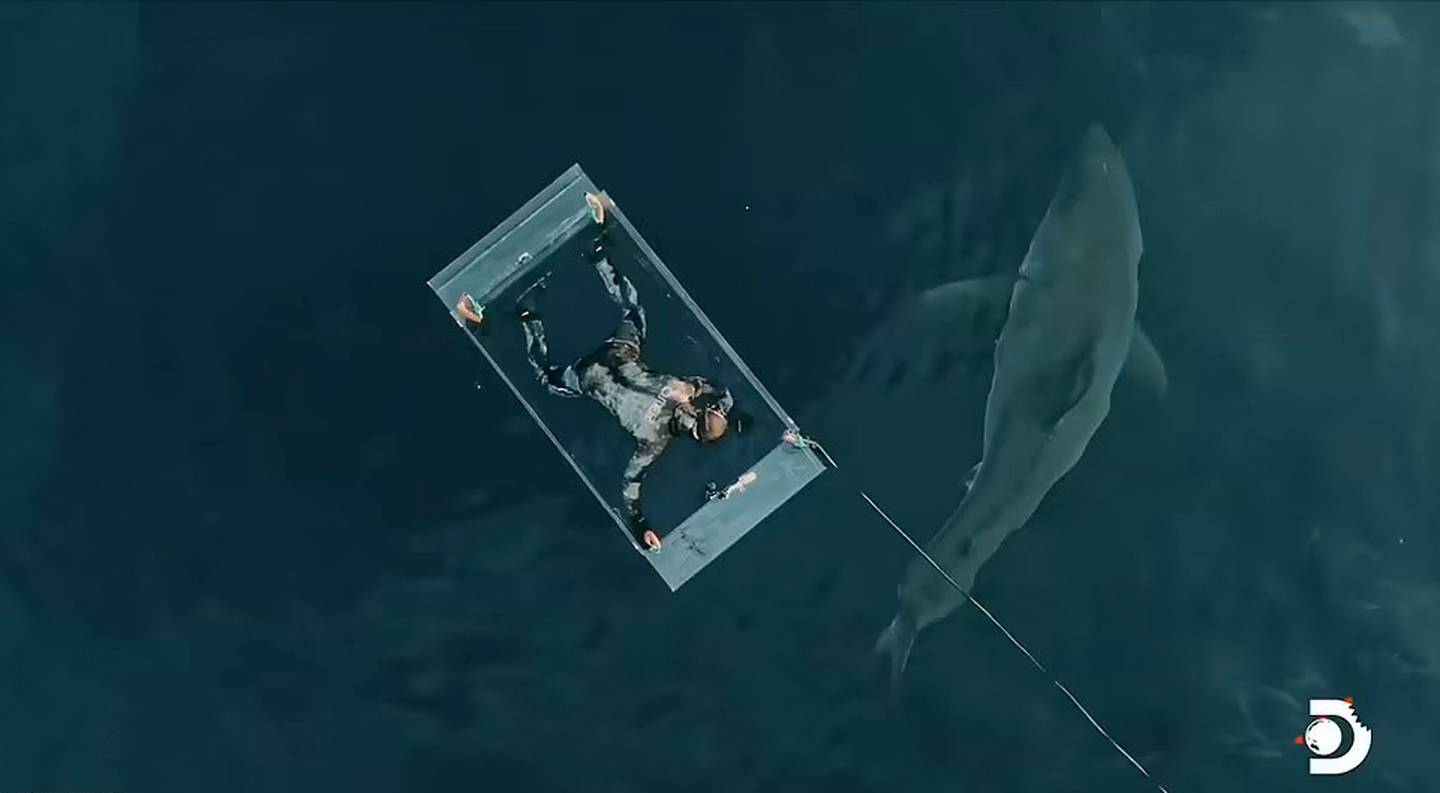 The diver was dwarfed by the apex predator. Photo / Discovery

It circles the box, repeatedly nudging the contraption as he looks on. Then, from below, the massive predator strikes, biting at the polycarbonate box and tipping Partington into the sea. 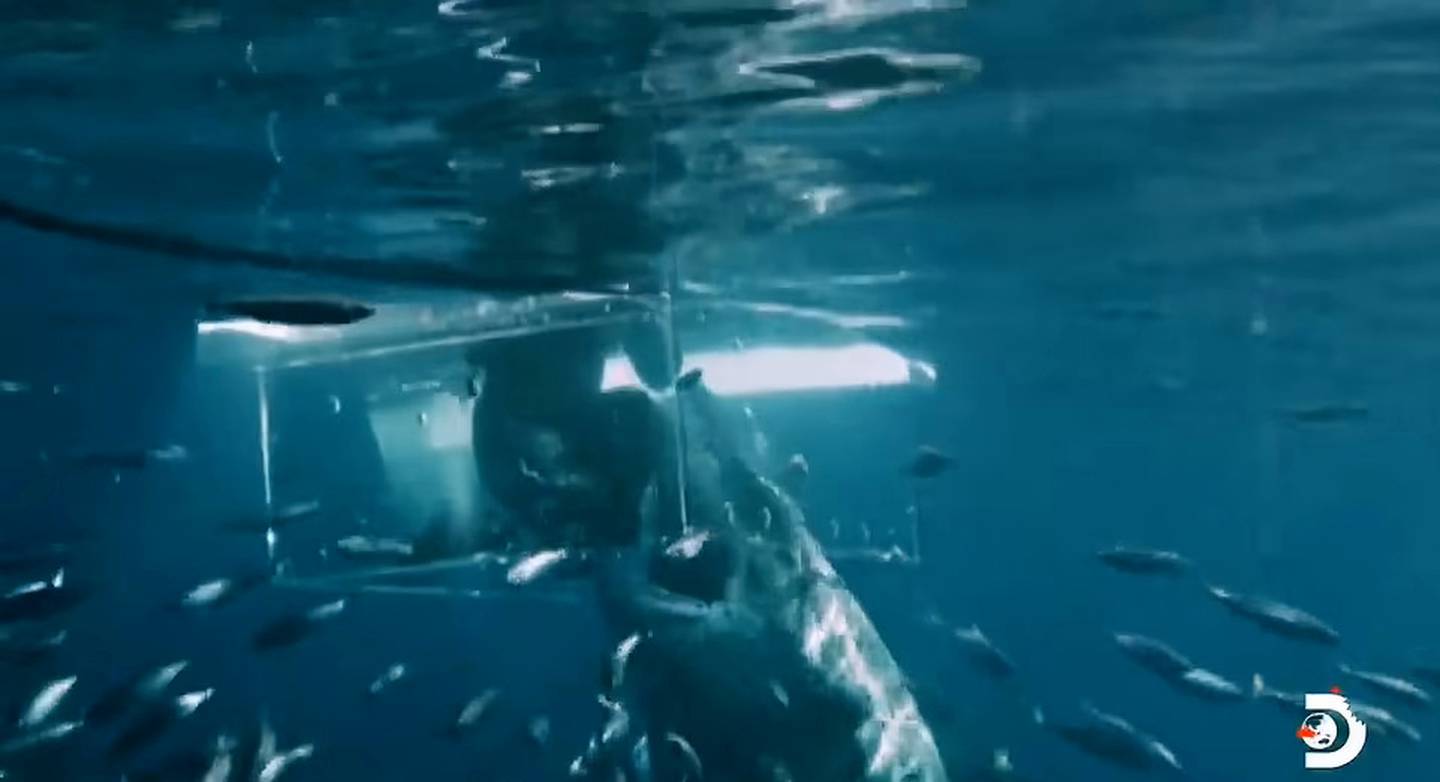 As cries ring out from the support crew, he desperately tries to cling on the box before making the decision to swim for the safety of the boat.

Great White Open Ocean's producer Jeff Kurr told CNN that he had not seen anything like it in three decades of filming sharks.

"I actually thought he was dead. When a 16ft great white shark comes at you like that it's almost something that unsurvivable, but somehow Jimi ... managed to survive without a scratch.

"There was really nothing we could do to help him. He just had to swim for it." Partington was thrown into the water and forced to swim for his life. Photo / Discovery

Kurr admitted shark cages are a "bluff" and the apex predators are able to breach all types, but crews rely on sharks not pursuing them after an initial bump with their snout to investigate.

"This one shark in particular, he didn't care. He went through it like a knife through butter." The polycarbonate box was no match for the shark. Photo / Discovery

It recounts his rehabilitation from a stroke he suffered in New Zealand in 2021.

Partington shared the news last year on Instagram, revealing how serious the situation had been.

"Whilst filming in New Zealand, I suffered an injury while diving with the sharks," he wrote. "This injury resulted in me having a stroke and almost dying."

"After spending 4 weeks in Christchurch being cared for by all the amazing doctors, nurses, support staff and friends. I am now currently back in Jersey (UK) with my family, where my rehab has begun."

The diver said he would "never have enough words" to thank everyone who was with him on Stewart Island and helped save his life.