Dave Chappelle's attacker has been arrested and charged after storming the stage and tackling him to the ground on stage during a live gig.

The comedian was doing a stand-up routine as part of the Netflix Is A Joke festival when a man named Isaiah Lee stormed the stage, tackling him to the floor.

The 23-year-old has since been charged with assault with a deadly weapon after he was seen carrying a knife.

According to local reports, Lee was carrying a replica gun with a knife blade inside when he tackled the controversial comedian.

Security guards and actor Jamie Foxx ran on stage to help the comedian, while another video allegedly shows the man being detained by guards at the venue.

Chappelle later told the crowd: "I grabbed the back of that n***** head, his hair was spongy, absorbent." 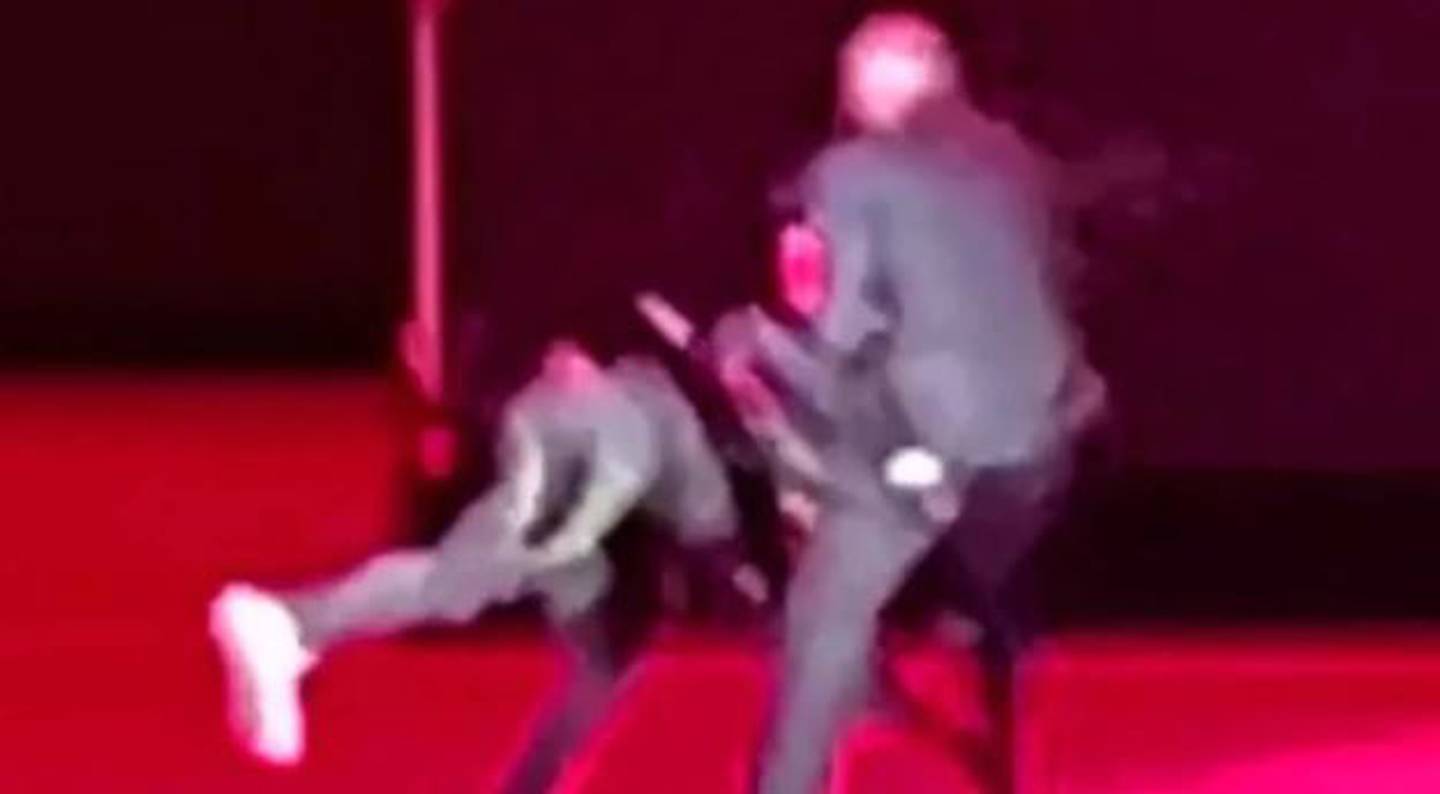 Dave Chappelle was reportedly attacked on stage during a live performance.

Foxx added: "Listen, I just want to say I've had an incredible time. This guy is a genius, we've got to protect him at all times, man. This is what it's about.

"For every comedian that comes out here, this means everything. You're a genius, you're a legend, I enjoyed myself thoroughly and we're not gonna let nothing happen to you."

A journalist who was at the comedy show said: "It looked like someone was dashing across the stage from the side. It was a little hard to see because people were standing up at that point and leaving.

"But it looked like someone dashed from the side of the stage, lunged at Dave, and all I saw was Dave basically flying in the air.

"He fell backwards on to his back, with his arms and legs up in the air. He was obviously in shock. We were all in shock. And I thought for a moment 'okay, is this a prank?'"

Footage later shows Lee being detained by security guards as a crowd watched on.

He was seen leaving the venue to go to hospital and was surrounded by police officers as he was loaded onto an ambulance, with what appeared to be a dislocated arm.