The iconic Goodnight Kiwi is returning to New Zealand screens next month with a plethora of local celebrities bringing the cultural icon back to life.

The famed Kiwi was put to bed for the last time some 25 years ago with the arrival of 24-hour TV.

But he will be resurrected with a new TVNZ OnDemand series that will see the animated bird and his cat cuddling up to celebrities who will read popular bedtime story books for young children.

Barry tells Spy she is reminded of the kiwi ever time she hears the lullaby Hine e Hine. 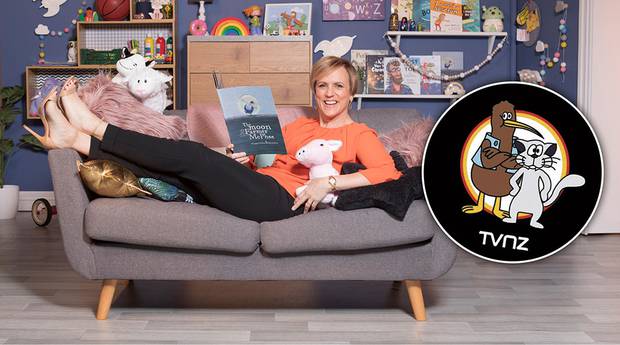 Hilary Barry is a guest on the show.

"Catching a glimpse of Goodnight Kiwi was so exciting as a kid. Why? Because it meant you'd stayed up really late and that you'd managed to evade your parent's demands to go to bed."

The show, made in partnership with The Warehouse, is part of TVNZ's push to make storytelling fun.

For the launch on November 11, The Warehouse is also partnering charity Duffy Books for a "buy one, give one" promotion that will see thousands of books donated to kids in need.

Two of the stories will be read in te reo and English.