Eddie Van Halen, the co-founder of rock group Van Halen, has died after a long battle with cancer.

The Dutch-American artist was 65. He had been battling throat cancer for nearly twenty years.

His family said Eddie died at St. John's Hospital in Santa Monica with his wife, Janie, was by his side, along with his son, Wolfgang, and his brother Alex.

"I can't believe I'm having to write this but my father, Edward Lodewijk Van Halen, has lost his long and arduous battle with cancer this morning," his son Wolfgang said in a tweet.

"He was the best father I could ever ask for. Every moment I've shared with him on and off stage was a gift....My heart is broken and I don't think I will ever fully recover from this loss."

Eddie started Van Halen with his brother Alex in the 1970s.

The band's debut album in 1978 launched the group into rock superstardom in the 80s, culminating with the 1984 hit "Jump".

From 1979 to 1982, the band released four albums and all of them were certified multi-platinum.

By the early 1980s, Van Halen was one of the most successful rock acts of the time.

Tributes immediately flowed from some of rock's biggest names including KISS' Gene Simmons and the Red Hot Chili Peppers' Flea.

Simmons wrote: "My heart is broken. Eddie was not only a Guitar God, but a genuinely beautiful soul. Rest in peace, Eddie!"

Black Sabbath bassist Geezer Butler described Van Halen as "a true gent and true genius" and his bandmate Tony Iommi said he was "devastated" to hear of the death of a "really great friend".

Sammy Hagar, who replaced David Lee Roth as lead singer of Van Halen in 1985, said he was "heartbroken and speechless".

Others remembered Van Halen's wide-ranging talent, with Steven Hyden sharing an anecdote about how he been responsible for re-engineering the Michael Jackson hit Beat It after he recorded his famous solo for the classic track.

TMZ reported that Van Halen's health had gone into a sharp decline in the past 72 hours, the final chapter in a long battle against throat cancer.

The guitar hero was diagnosed nearly 20 years and had a series of procedures to fight the disease, including the removal of a third of his tongue in 2000. 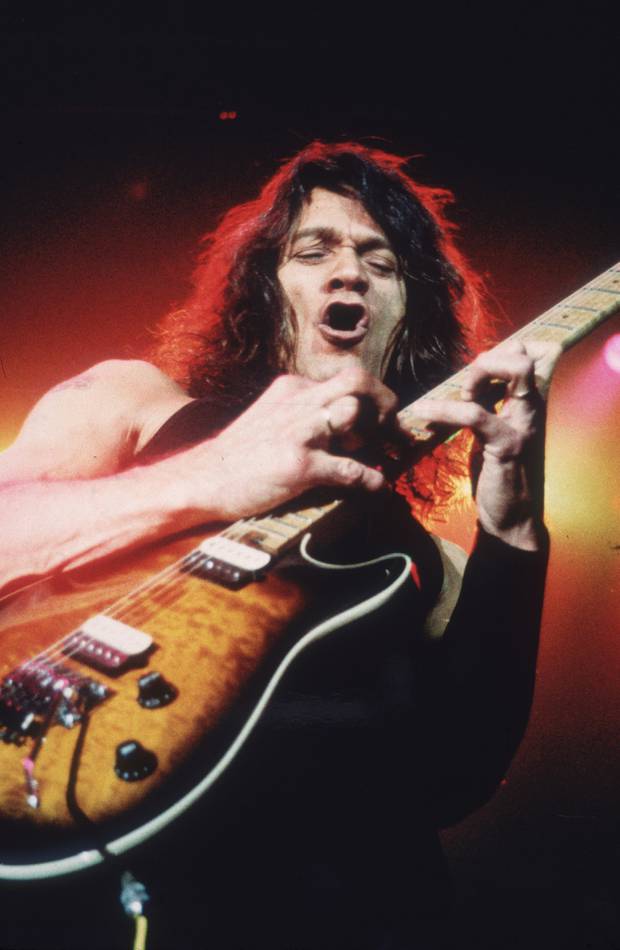 Van Halen once said he thinks he developed the cancer from putting a metal guitar pick in his mouth during performances, despite the fact he had smoked heavily.

He told Billboard in 2015: "I used metal picks – they're brass and copper – which I always held in my mouth, in the exact place where I got the tongue cancer.

"Plus, I basically live in a recording studio that's filled with electromagnetic energy. So that's one theory. I mean, I was smoking and doing a lot of drugs and a lot of everything. But at the same time, my lungs are totally clear. This is just my own theory, but the doctors say it's possible."