The show must go on for the Dancing with the Stars cast and crew, despite two confirmed Covid-19 cases and subsequent forced drop-outs.

Yesterday it was confirmed that comedian Rhys Mathewson and dance partner Phoebe Robb were the latest cast members to leave after testing positive for the virus.

And on Wednesday the first Covid case on DWTS was confirmed with rower Eric Murray and partner Loryn Reynolds being the first pair to have to drop out and being replaced by freshly exiled Alex Vaz and Brittany Coleman.

The two eliminated pairs were brought back within the BBC Studios format – which the show uses – ruling that states that the most recently eliminated contestant is invited back in such circumstances.

But with only two more eliminated contestants to go through, Eli Matthewson and Sonya Gray, what happens if the show runs out of contestants to step in? 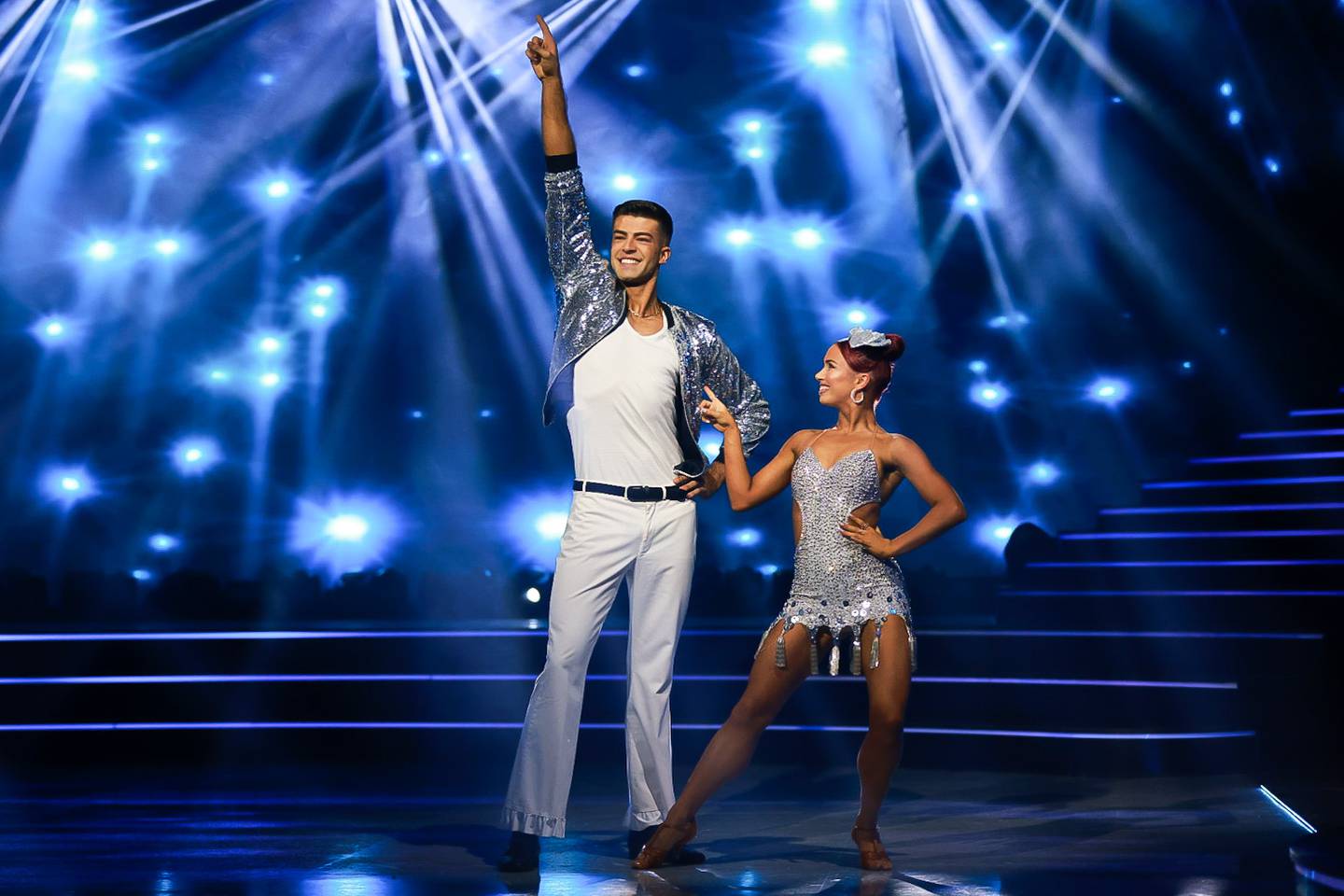 Alex Vaz is back in the competition. Photo / Supplied

According to Warner Brothers Discovery, there are no plans to postpone the show or its May 29 finale.

The spokesperson also confirmed to the Herald that the show's production team are currently working through contingency plans to put in place if more contestants test positive for the virus.

And even if a household contact tests positive, the contestants can continue as long as they provide a negative RATs test and lodge separately, due to cast members holding critical worker passes.

The cast, crew and staff members working on the show are also required to return negative RATs every day before starting work at the Epsom studio.

Woodham and Vaz are already back in the dance studio, frantically preparing for the first live show on Sunday. It was also announced on social media that it is trio week and the couples have to incorporate not only a partner dance but a trio dance as well.

Speaking yesterday about returning to the show Woodham revealed how "devastated" she was for the contestants who had to leave the competition.

"But the show's gotta go on, and it certainly takes an awful whole lot of pressure off – the fact that we're there to keep the show ticking over!"

On a special edition episode of her podcast Inside Dancing with The Stars, Woodham also revealed how she felt about being back in the competition – and having to learn two dances for this weekend in two days. Kerre Woodham will return to the dance floor this Sunday. Photo / Supplied

"Are you freaking kidding me? I'd kissed, blessed and released the glitter ball. Now I can see it.

"I don't feel like I've got anything to lose."

Speaking to Woodham on the podcast, Rhys Mathewson said he was still processing the news.

Murray also revealed on the podcast that he had been "sick as a dog" but had tested negative every day until yesterday morning.

It's the third time Covid has derailed DWTS after production was twice postponed due to the global pandemic and now struck with Covid within the cast.

The live shows return this Sunday night at 7pm, with another elimination set for Monday evening.