A contestant on The Apprentice Aotearoa has revealed she suffered panic attacks, night terrors and suicidal thoughts while filming the show - and that she left "covered in stress shingles" and 4kg lighter.

Auckland marketing specialist Olivia Rogers was fired on Monday night's episode of the reality show, which pits aspiring businesspeople against each other to win $50,000 and mentorship from host and mortgage mogul Mike Pero.

Originally from Tauranga and now based in Auckland, Rogers prides herself on having worked her way up to general manager of TourismHQ, which offers boutique travel experiences, in under five years.

The 31-year-old has now come forward to say that she "hated" her experience on the reality show, which turned her into "someone I didn't recognise".

She told the Herald she started experiencing symptoms of anxiety around week three of filming.

"I started losing sleep, had no appetite, constantly felt on the verge of tears, throat closing up and spinning out in my head - I didn't know what was happening to me. It's scary when you lose all control over your emotions. I had never felt what I was feeling before and wouldn't wish it on my worst enemy," she said.

Rogers said the competitive environment on the show added to the pressure, with long days of filming and waiting around.

"We're all very strong, driven people on the show so of course it was going to cause conflict. We are also all super in control of our lives outside of the show so going into an environment where you have no control over what is happening and not working in your experienced field was hard."

The marketing specialist added that like the other contestants, she had constant access to counsellors while on the show.

"Once a couple of people on the crew and cast could see I was spinning out, they went to extra efforts to look after me."

But Rogers revealed that there was no one she could go to for help when she was experiencing the worst symptoms.

"It was so hard having zero contact with my partner, friends and family ... I really wanted to be able to touch base with someone who could talk me down off the edge I was on but this was not an option. This is detailed in the contract so I knew that was the case going into the show," she shared.

Some of her fellow contestants were aware of what she was suffering, she said.

"It's natural to bond with certain people in a group so there were definitely people that were my rocks during the show and I am so thankful for these people. All of us will have a special bond though given the experience, it is unlike anything I have ever done and not for the faint-hearted."

Rogers said that both TVNZ and Great Southern had been in contact with her to offer support since filming ended.

"I am still getting professional support now to help me overcome what I went through."

A spokesperson for TVNZ said the broadcaster takes the wellbeing of its reality contestants seriously.

"Filming a TV show is a new experience for many contestants. While most enjoy the process, others can find it challenging. We evaluate individuals' mental wellbeing before casting them in a show and we provide the right support throughout production as well."

They said healthcare professionals were available throughout the production process and beyond for all their reality shows, including The Apprentice Aotearoa. 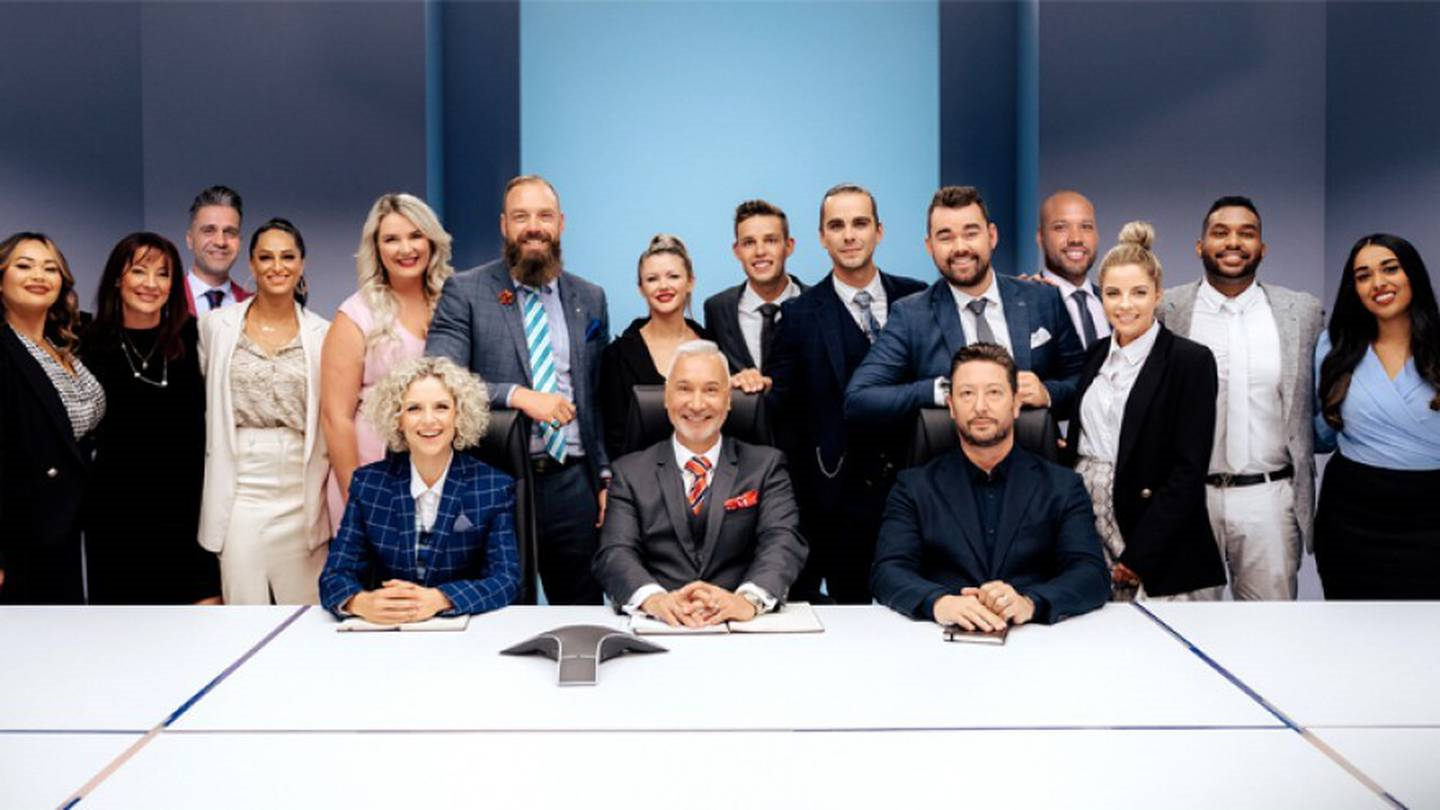 The cast of The Apprentice Aotearoa.

"After filming wraps, contestants are given training on handling media, managing social media and general wellness and have regular check ins scheduled ... we engage an on call psychologist to give professional help to all contestants."

Rogers first spoke about her experience on her Instagram stories yesterday, revealing that she'd never before been as "mentally broken" as she was during filming.

"Panic attacks. Night terrors. Suicidal thoughts. The worst anxiety I have ever experienced. I recall one night in the house as I laid in bed sobbing uncontrollably for hours that I had never felt so alone in my life."

But she added that she didn't want to victimise herself, but rather use her experience to learn and grow.

"[I'm] grateful to those in cast or crew who I know will be part of my life forever.

"Glad that chapter is over and I take my hat off to the contestants that toughed it out until the end."