It's Robert Irwin as you've never seen him before … and crikey he looks good!

Now 18, the youngest son of Australia's beloved croc hunter Steve Irwin, who died in 2006, has stepped out of his trademark khakis and posed for his first ever fashion shoot with Stellar magazine on location at Australia Zoo on Queensland's Sunshine Coast. 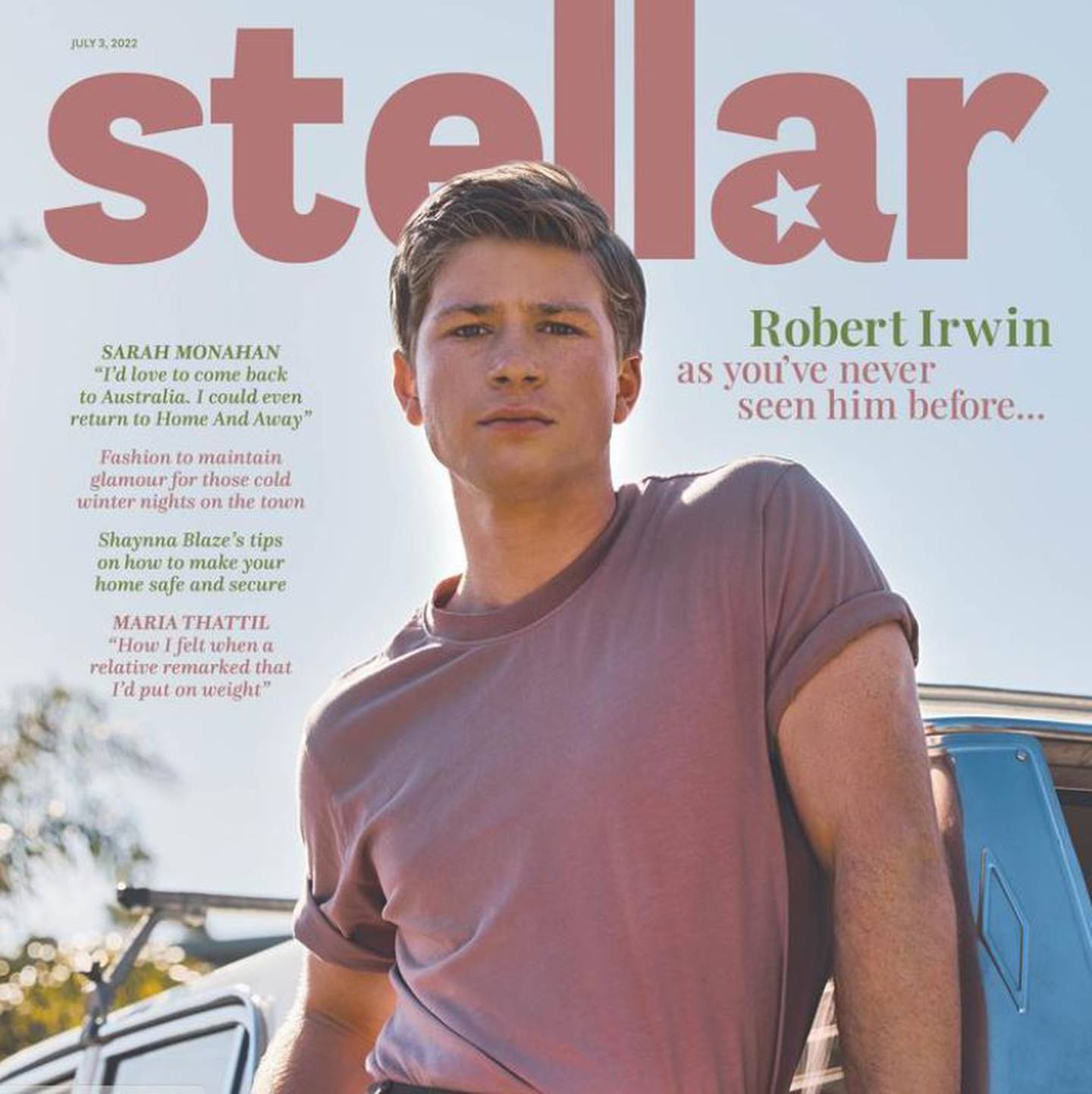 Robert Irwin, son of the late Steve Irwin, opens up about his dad in Stellar magazine. Photo / Stellar

In the wide-ranging and at times emotional interview, Irwin revealed he is as much a fashion warrior as a wildlife one, telling Stellar he's already beginning to earn a reputation in his famous family as a style-maker.

"I've actually become known as the fashionable Irwin," he revealed with his iconic enthusiasm.

"My dad wasn't exactly a fashion icon, but he was iconic just in the fact that he made khaki cool."

Robert says his interest in the transformative nature of one's clothes was actually something he picked up from his famous father who had rock-star level fame in America.

"He had an alter ego called Glenn Glamour," Robert confides.

"He would put in false teeth, a wig, this ridiculous multi-coloured trench coat, the weirdest pants and really sketchy sneakers.

"And that's how he would get around the zoo and no-one would notice him because he was just wearing the most ridiculous thing. So, ironically, the more exciting and experimental you are with your fashion, the less people will recognise you – at least for me."

Robert, who wasn't even three years old when his father was killed at the age of 44 by a stingray while filming a documentary on the Great Barrier Reef in 2006, also opened up on how he has felt his father's absence most acutely in the last two years.

"Because I am sort of stepping into adulthood, having turned 18, and navigating that is hard enough [but] when you are in my situation, and you don't have a father figure to guide you through, it's really hard."

In March 2020, he walked his sister down the aisle when she married her long-time boyfriend Chandler Powell.

"You do that sort of stuff and think, 'That was Dad's job. That wasn't mine'," he said.

He says Bindi is now urging Robert to hurry up and find his special someone, too.

"By 18 she and Chandler had already been together for a couple of years. So, it happened pretty quick [for Bindi to find love]. But that doesn't happen very often.

"So, I'm still looking. I am in no rush. It'll happen when it happens."