A year after filming her new series Under the Vines, Rebecca Gibney can't wait for New Zealanders to see it this Wednesday on TVNZ 1.

The series promises to show off Central Otago at its best with the romantic tension of Gibney's character Daisy Munroe, a Sydney socialite, who has fallen on hard times and is left a failing New Zealand vineyard shared with another surprised co-owner, grumpy UK-born lawyer, Louis Oakley, her co-star Charles Edwards, of The Crown and Downton Abbey fame.

Alongside Gibney and Edwards, the series stars a raft of Kiwi talent, including Simon Mead, Dean O'Gorman, Sara Wiseman and Robbie Magasiva.

"It was such a gift being able to film Under the Vines in New Zealand, especially given I've been a South Islander now for about five years. Bring on the cheese rolls," Gibney tells Spy.

"To work with such incredible talent in front of and behind the camera, many of whom I have worked with before, made it feel more like a holiday than a job. I mean, honestly, who wouldn't want to film in Central Otago in a vineyard with a bunch of funny, glorious, kind, talented Kiwis?"

"It's such a beautiful joyous heartfelt series and I just hope my fellow Kiwis love it as much as I do." 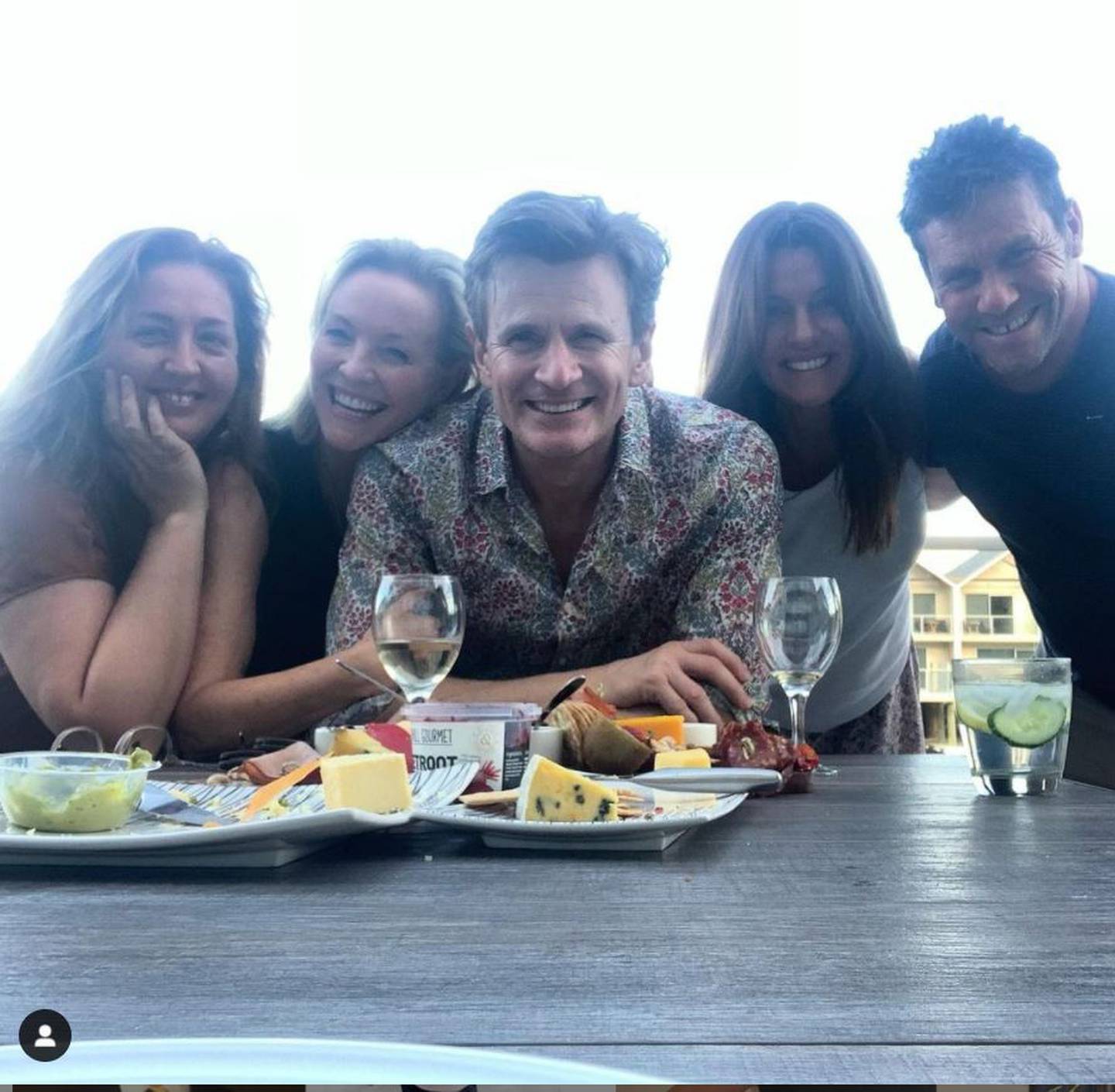 Stars Rebecca Gibney and Charles Edwards (centre) behind the scenes of Under The Vines.

After a busy 2021, which also included Dunedin-based Gibney filming Celebrity MasterChef in Melbourne late last year, the actor enjoyed her summer with a family holiday in the Marlborough Sounds and the Ahuriri Valley.

Gibney is also an executive producer of the series. Just weeks into the new year she is already preparing herself for season two, which goes into pre-production in a few weeks with filming starting in March.

The actor's son, Zac Bell, is following in his talented mum's footsteps and will start at Toi Whakaari: NZ Drama School this year. The proud mum recently shared a short film he made on Instagram.