Warning: Spoilers from the season finale of After Life

As the credits rolled on episode six of season three, the final season of After Life, tears rolled down my cheeks and a nagging question came out of my mouth – as if my husband watching along with me hadn't just seen the exact same thing and somehow knew more than I did.

Of course he died. Well, eventually and not in the lifetime of the show. But he also lived and that was the simple message which carried hope through three brilliant seasons. 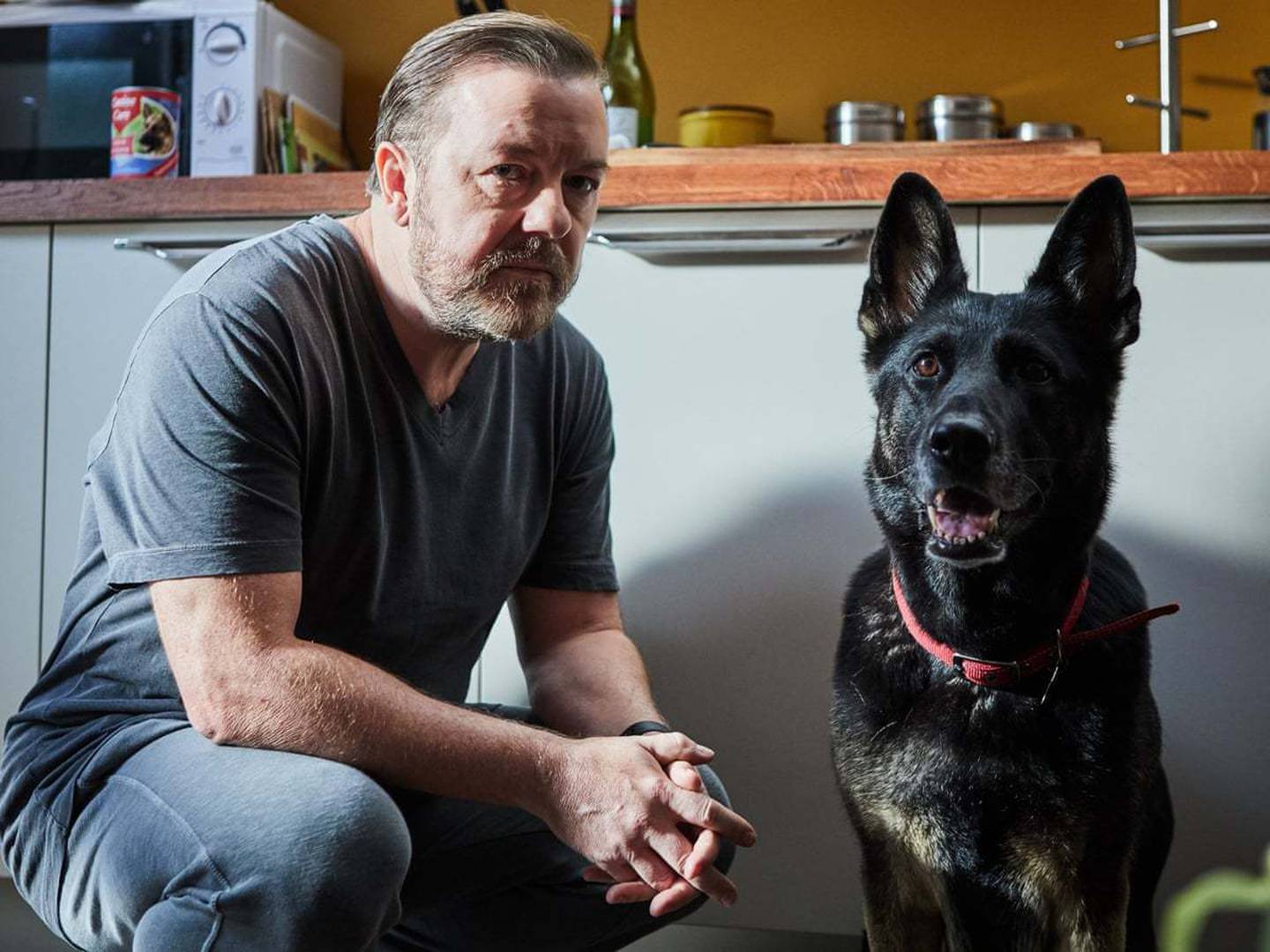 After Life may be Ricky Gervais' greatest triumph yet. Photo / Netflix

Director and lead actor, Ricky Gervais, doesn't want to spell it out for you and while some of his work could be seen as humour for the everyday man, After Life is different. It's full of hidden Easter eggs, hidden messages of hope and hidden learnings that not everyone will pick up, and that's how it should be.

Much like Gervais' character, Tony, the Netflix show in not for everyone – and it honestly doesn't give a toss. The language isn't for your nan, the storyline isn't for the fainthearted and some of the characters are deeply unlikeable. But such is life, right?

While Tony struggles will the loss of his beloved wife, Lisa, who died of cancer, we see a man battling mental illness, we see drug and alcohol abuse, we see the C-bomb dropped so casually and masterfully that we wonder how we might better implement it in our own lives. 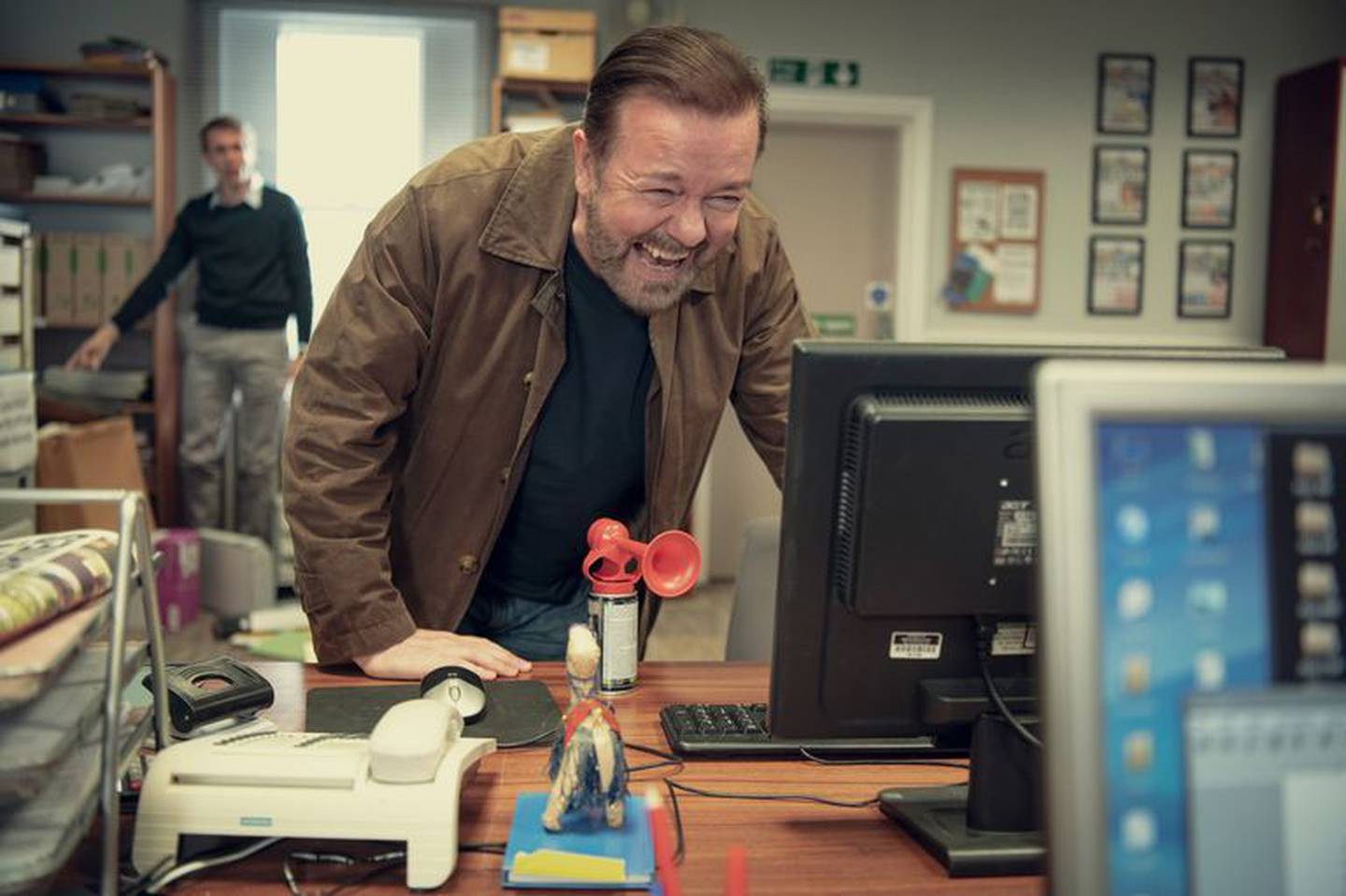 Because just like After Life, season 3, Gervais is a genius. With this one simple word, he gives us a laugh, he gives us character growth and he gives us resolve.

The character of advertising sales manager Kath hates the word and tells her friend Tony she "will never use it". But after a bad date she stops by Tony's house to announce, "He was just ... a massive C". To which Gervais's character, Tony, replies, "I'm so proud of you."

It's a line so perfectly delivered that it feels like the greatest punchline to a joke you forgot you were being told 20 minutes prior.

While Gervais' previous shows, The Office and Derek, are comedy masterpieces in their own rights, After Life is something more. It's classic Gervais dark humour and cynicism without the slapstick of The Office or the magic of Derek. And somehow, it's his most hopeful and meaningful creation yet.

Through Tony's relationship with Anne, who has also lost her partner, we see some of the show's greatest quotes and some of the most profound character progression. Tony and Anne give us some of the best lines of the entire series. Photo / Netflix

"If you want to be an angel you've got to do it while you're alive. Be good and do good things," Anne says and tells Tony he's her angel: cue episode one of the tears.

The conversation sparks a turn for Tony in our final episode, which sees him take a work trip to a cancer hospice. Here he has a chance meeting with a child with cancer, aptly named Lisa.

The revelation has viewers, as it does Tony, in tears.

It's here that we see a change in Tony: rather than tell the girl his wife died from cancer, he lies, and says he's upset because he's "happy" and that she is waiting at home for him.

If viewers had time to wipe away the tears, it's short-lived: Tony soon bumps into another sick boy who again changes the course for Gervais' character.

Together they mock Tony's friend Lenny for going bald for "eating too many biscuits and looking like Shrek". The boy then asks Tony to come back and make him laugh again, and Tony promises to come back every day until he's better. The boy then stumps Tony by telling him "or when I end up in heaven" and asks Tony if he believes in heaven.

This is it. The viewer knows it and Tony knows it. It's his chance to give this little boy the hope he regrets taking from Lisa. He tells the boy he does believe. It's a roundabout way of fixing how he felt he wronged Lisa and a more direct way of extracting more tears from the viewer.

The interaction sparks Tony deciding to finally cash in his life insurance policy and do something with what Lisa left him. He gives money back to a pensioner who was robbed, his brother-in-law, two hard-done-by colleagues and the children's hospital.

Explaining his decision to brother-in-law Matt, he tells him: "I thought not caring was a super-power. I was wrong. Caring about stuff, that's what really matters. Kindness, and making other people feel good.

"That's the real superpower, and we've all got it."

Is it a bit of cheese? Yes, it is, but only at this moment and we earned it. For 17 episodes we didn't get the cheese. We were on tenterhooks hoping Tony would make it through and feeling as unsure as he was about him ever loving again. We didn't need romantic happily ever after and neither did Tony, we just needed something.

And that is the genius of Gervais and After Life. He makes you feel something in a way that isn't forced, isn't fake, is a bit rough around the edges and maybe a bit unhinged. It's just there and you can pick it up if you wish.

It may be wrapped up in expletive-laden wrapping paper, but the gift of Gervais is there for the taking and the After Life may just be his most triumphant gift yet.