The DIY boys are back and true to form, Jonesy still won't give them a hand.

Twelve years after they shot to fame as children on a Mitre 10 TV ad, the trio of "Kiwi blokes" and Aussie tradie returned to their humble beginnings: a playground sandpit.

But the truth came out during their television reunion on Seven Sharp, including the origin of the Aussie tradie.

The Mitre 10 ad starring Flack, Benjamin Counsell and Reuben Powell aired back in 2008,
and quickly won the hearts of Kiwi DIYers, and children nationwide. 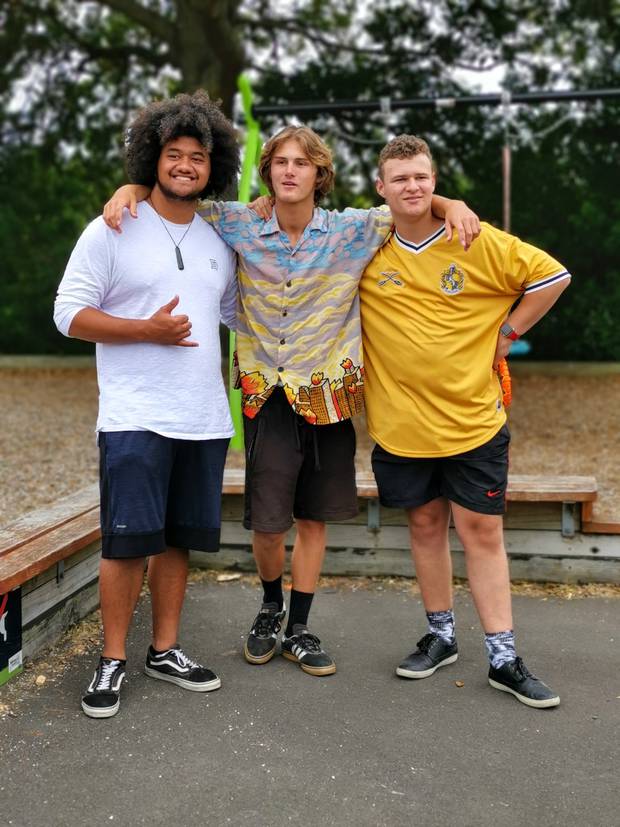 "I was like the most popular Year 1," Benjamin Counsell told Seven Sharp.

"I'd get swamped by Year 6es, so I thought that was pretty cool."

But more than a decade on, the 16-year-olds haven't lived down their television fame.

"I get called Jonesy all the time, by teachers and everything," Flack told Seven Sharp.

"Even the principal will come up to me and call me Jonesy. He's a pretty cool guy though."

The trio joined forces once again to re-enact the famous ad, Counsell's pretend lisp echoing that of his childhood self.

She was a pretty big job getting the boys back together, Mitre 10 GM Marketing Jules Lloyd-Jones said, but they got there in the end.

"Right to this day, the Sandpit Ad has been an absolute favourite with Kiwis.

"It's been 12 years, and when Seven Sharp came to us with the idea to bring the boys back together for a reunion, we were excited to reminisce with fans."

And the boys might not have peaked yet, with Powell saying he's keen to get back into acting this year.

The boys likely cashed in on the ad as they added "mate, you're dreaming" to Kiwi colloquialism, but they haven't been able to touch it yet, with the money squirrelled away in the bank by their families.