A US rapper was killed in front of his home minutes after taunting his opponents online.

He reportedly told his critics to "pull up" on his Instagram story.

"A lot of these n****s know where I live at fr," the rapper wrote, according to HipHopDX. 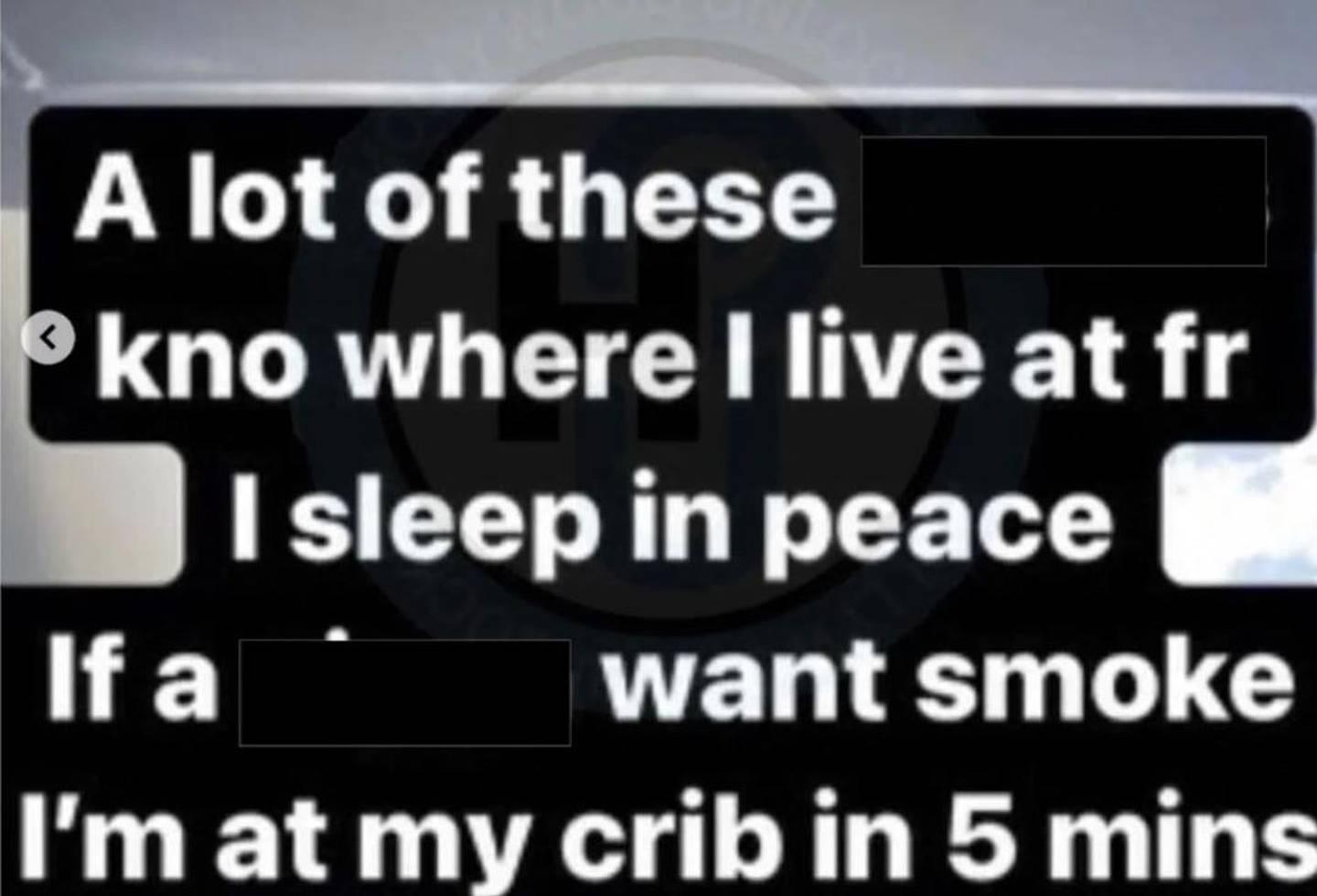 Just five minutes later, the rapper was shot once in the parking lot of his apartment complex in Tampa.

Bands was rushed to hospital where he died from his injuries.

"At this time, the shooting does not appear random, as the suspects and victim are possibly known to each other," the Hillsborough County Sheriff's Office said in their report.

He was mourned on social media, where users noted the senseless nature of his death and criticised him for speaking rashly.

"Rest in paradise to Rollie Bands. So sad and senseless. He should still be alive," one user tweeted.

"The tongue is real powerful … he signed his own death certificate," another wrote.