Comedian Chris Rock has broken his silence after he was slapped live on stage at the 2022 Oscars by Will Smith.

Rock was performing at a sold-out standup comedy show in Boston and finally addressed the elephant in the room.

A rapturous response from the crowd nearly drowned him out as he began his routine, Variety reported.

"Whoa, okay!" he said as a standing ovation continued.

After pleading with his fans to let him begin, Rock spoke up.

"How was your weekend?" he began, to peals of laughter.

"I don't have a bunch of shit about what happened, so if you came to hear that, I have a whole show I wrote before this weekend. I'm still kind of processing what happened. So, at some point I'll talk about that shit. And it will be serious and funny," Rock said.

An audience member shouted out an expletive directed to Smith before Rock said he was just "going to tell some jokes", adding: "It's nice to just be out". 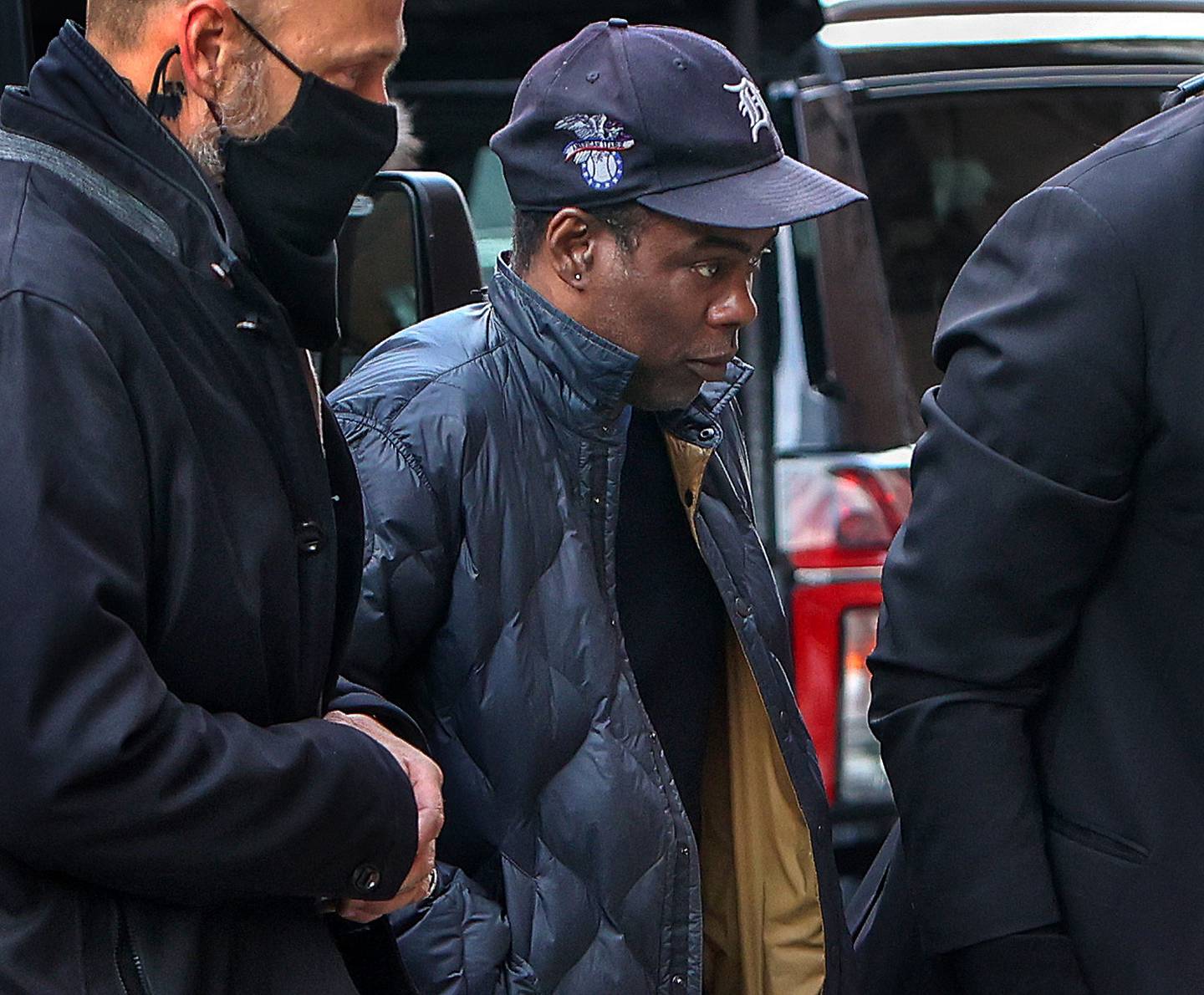 Actor/comedian Chris Rock enters the Wilbur Theatre in Boston for the first of his two sold-out performances on March 30, 2022. Photo / Getty Images

Rock's response comes as the Academy of Motion Pictures Arts and Sciences said that Smith was asked to leave Sunday's Oscars after hitting Rock but refused.

Many have questioned why Smith was allowed to remain seated front row at the Academy Awards after the incident. Now the academy has suggested that it attempted to remove the actor from the audience.

"Things unfolded in a way we could not have anticipated," the academy said. "While we would like to clarify that Mr Smith was asked to leave the ceremony and refused, we also recognise we could have handled the situation differently."

The academy's board of governors met Wednesday to initiate disciplinary proceedings against Smith for violations against the group's standards of conduct. The academy said Smith has the opportunity to defend himself in a written response before the board meets again on April 18. The academy said disciplinary action for Smith could include suspension, expulsion or other sanctions.

"Mr Smith's actions at the 94th Oscars were a deeply shocking, traumatic event to witness in-person and on television," the academy said.

"Mr Rock, we apologise to you for what you experienced on our stage and thank you for your resilience in that moment. We also apologise to our nominees, guests and viewers for what transpired during what should have been a celebratory event."

On Monday, Smith issued an apology to Rock, the academy and to viewers.

Smith wrote: "Violence in all of its forms is poisonous and destructive. My behaviour at last night's Academy Awards was unacceptable and inexcusable. Jokes at my expense are a part of the job, but a joke about Jada's medical condition was too much for me to bear and I reacted emotionally."

He continued by calling his actions toward Rock "wrong" and admitting he was out of line.

"I would like to publicly apologise to you, Chris. I was out of line and I was wrong. I am embarrassed and my actions were not indicative of the man I want to be. There is no place for violence in a world of love and kindness."