He's the absolute king of the comedy roast, so fans were dying to know what Ricky Gervais made of the infamous Oscars slap as soon as it happened.

After the disastrous ceremony on Monday, which saw Will Smith assault Chris Rock onstage after the comedian made a joke about his wife Jada Pinkett Smith's bald hair, Gervais' name swiftly began trending on Twitter.

The UK comic has become renowned for his controversial one-liners, delivering some of the most savage jokes of all time during his fifth stint hosting the Golden Globes in 2020.

Now, Gervais has finally revealed what he thought of the incident, as well as the brutal joke he would have told instead.

"I'll get it out of the way. I have not got any Will Smith material. I trended when that happened and I was not even there. What has it got to do with me? People were going 'What would have happened if Ricky Gervais had been [hosting]?'," Gervais said during a show in London today.

The After Life actor was referring to 29-year-old US singer August Alsina, whom Jada famously had a years-long relationship with in 2015 during her marriage to Smith. 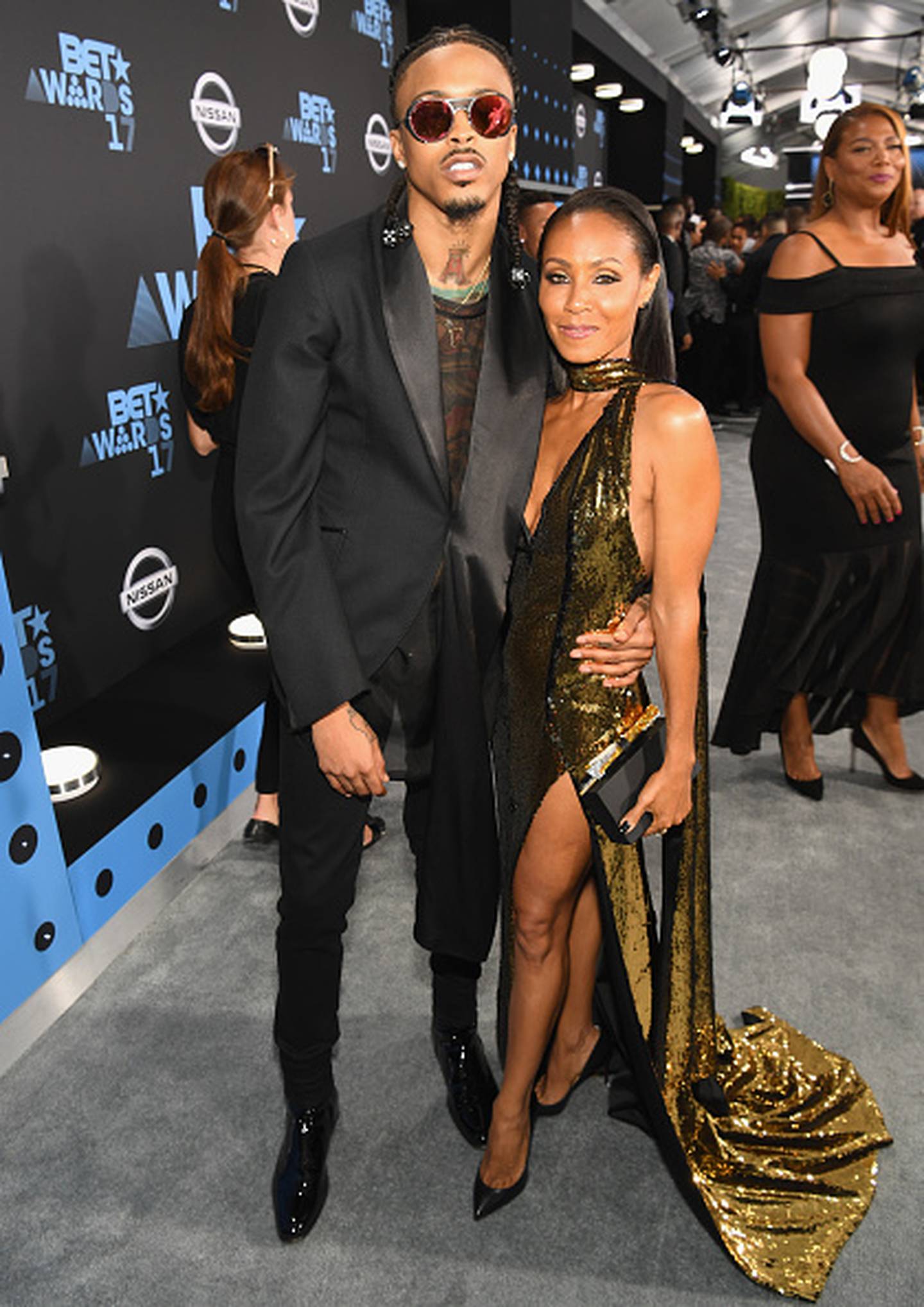 At the time of their secret relationship, which only made headlines in 2020 when Alsina came forward, Pinkett Smith was separated from Smith with the intention to divorce.

Alsina and Pinkett Smith – who share a 20-year age gap – were first introduced by her 23-year-old son Jaden Smith, with Alsina opening up about the affair for the first time in an interview with The Breakfast Club's Angela Yee.

"I totally gave myself to that relationship for years of my life," he said. "I devoted myself to it, I gave my full self to it – so much so to the point that I can die right now and be okay with knowing that I truly gave myself to somebody.

"I actually sat down with Will [Smith] and had a conversation due to the transformation from their marriage to life partnership … he gave me his blessing."

Pinkett Smith went on to explain the situation alongside Smith in an episode of her YouTube show, Red Table Talk, a few weeks later.

"It was a relationship, absolutely. I was in a lot of pain," Pinkett Smith said.

"I was very broken. In the process of that relationship, I definitely realised you can't find happiness outside of yourself."

She added Alsina was "not a homewrecker" but she and Smith "were going through a process of healing in a much different manner".

"I just wanted to feel good," the Emmy nominee said as to why she starting dating Alsina. "It was really a joy to help heal somebody." 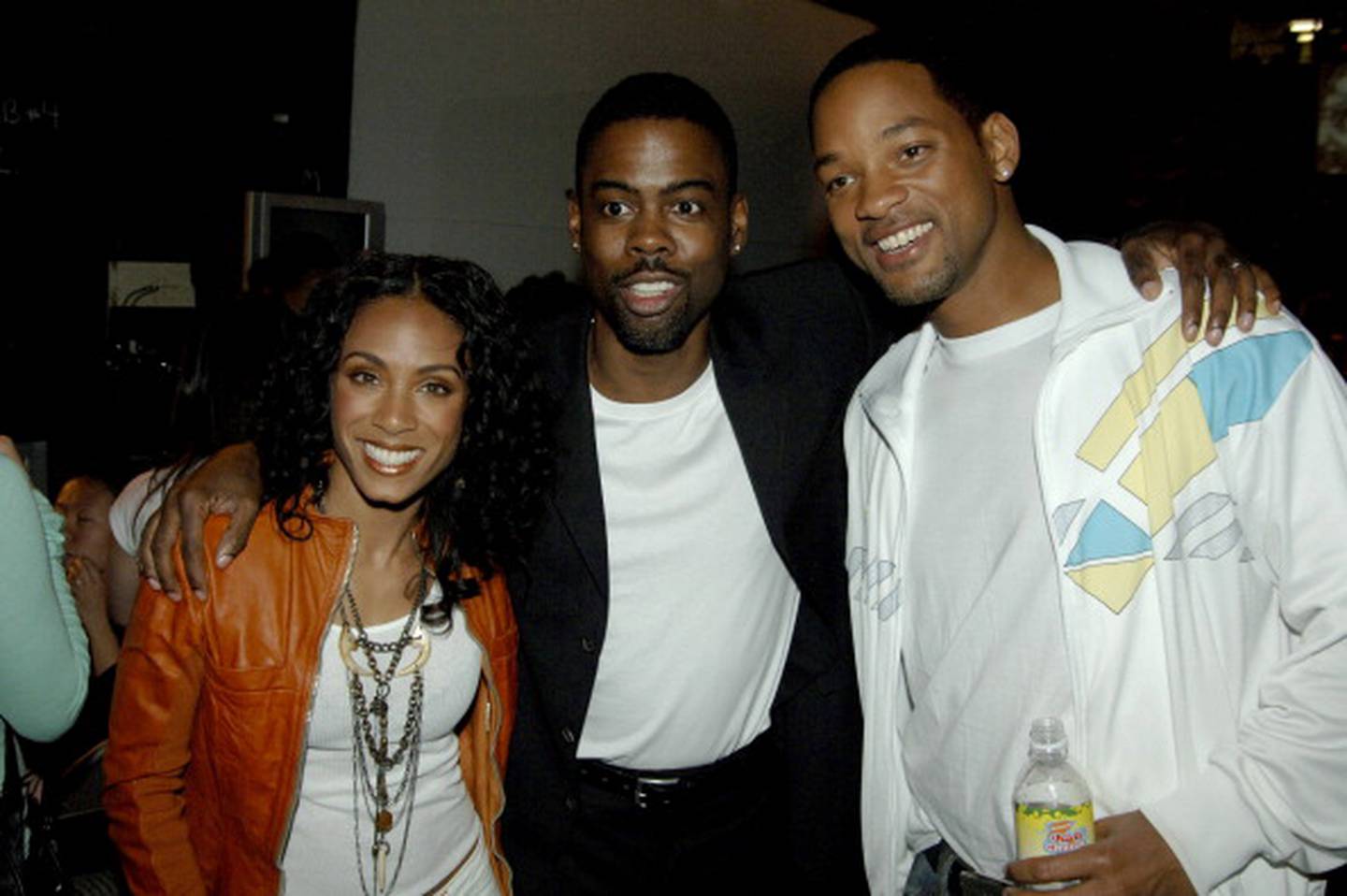 It comes after Rock, 57, broke his silence following the Oscars during his sold-out comedy show in Boston today.

"I don't have a bunch of s**t about what happened, so if you came to hear that, I have a whole show I wrote before this weekend. I'm still kind of processing what happened. So, at some point I'll talk about that s**t. And it will be serious and funny," Rock said.

And in a new twist to the saga, the academy has revealed Smith was asked to vacate the Dolby Theatre after "the deeply shocking, traumatic event", but the King Richard star stood his ground and went on to receive the Best Actor award to a standing ovation.

In a statement released today, the organisation admitted "things unfolded in a way we could not have anticipated", while detailing what happened in the room.

"While we would like to clarify that Mr Smith was asked to leave the ceremony and refused, we also recognise we could have handled the situation differently," it read.