Chris Rock was surrounded by sympathisers at a glamorous Oscars party after Will Smith slapped him during yesterday's ceremony.

Rock attended an after-party at music manager Guy Oseary's house, where guests said he appeared composed as he was approached by countless stars offering their support, reports the New York Post.

One source said: "Chris was very calm, there was a lot of love for him at that party.

"Wanda Sykes was his wingman for the night. He was sitting at Guy's dining table, and people lined up to console him and offer support."

The comedian also hung out with Woody Harrelson and Sacha Baron Cohen, who "told him that what happened was completely wrong".

"Comics at the Oscars are expected to poke fun at the guests — that's what happens. What about Ricky Gervais at the Golden Globes — he skewered the entire room, he could have been punched by dozens of people — but that didn't happen."

The source added that the LAPD had called Rock's management to see if he wanted to press charges, but the comedian "didn't want to hear of it".

However, the Academy of Motion Picture Arts and Sciences has now launched a formal review into the incident, saying it "condemns the actions of Mr Smith at last night's show".

The organisation stated it would "explore further action and consequences in accordance with our Bylaws, Standards of Conduct and California law". 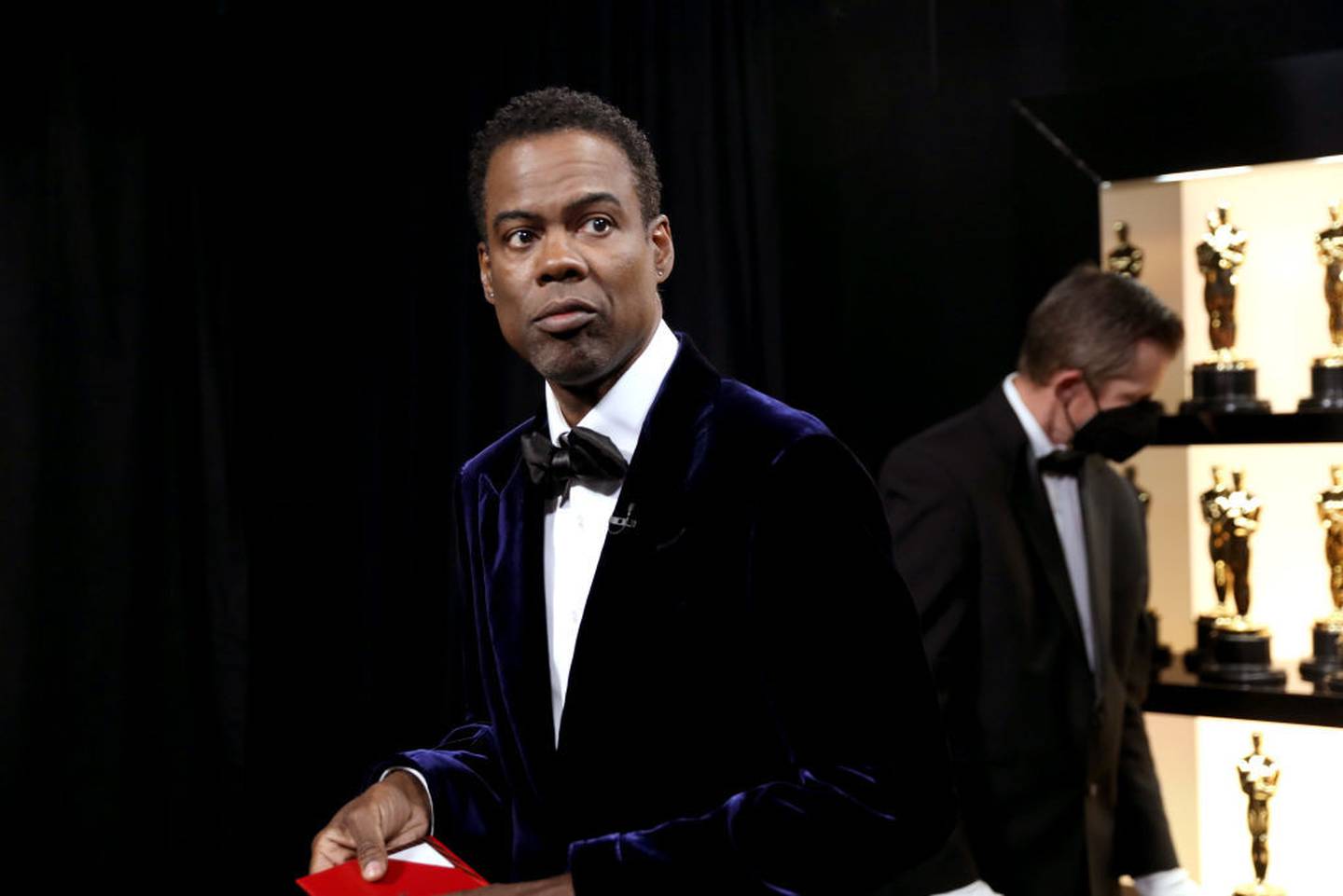 Chris Rock is being supported by his fellow celebrities amid the fallout from the Oscars. Photo / Getty Images

Sources confirmed to Page Six that Rock appeared "unfazed" while at the after-party, where friends rallied around him to ensure "things didn't get weird" if Smith happened to show up at the same event.

"You wouldn't really know anything had happened," one said, adding that Rock was "hanging out, happy" and having a good time.

"He was talking about it, just saying it was crazy, but it didn't seem to be bothering him at all."

The source said the slap was the "talk of the party" – adding it was even more shocking because Rock produced the 2009 doco Good Hair about the pressure on black women to have "good hair".

Rock stayed at the party until well after 2.30am, while Smith partied at the Vanity Fair event. The moment Will Smith took to the stage to slap Chris Rock. Photo / Getty Images

Another source said there was some concern that Will Smith would show up at Oseary's house.

"There was a discussion about what to do to keep them apart. Thankfully Will didn't show up.

"Will and Chris didn't get to clear the air after the incident – Chris left the Oscars ceremony immediately and went to Guy Oseary's house."

But Sean "Diddy" Combs told Page Six the pair had worked things out after the ceremony was broadcast.