It used to be that, as Queen, you could do pretty much whatever took your fancy.

Invade Calais, seduce Sir Walter Raleigh or, as Queen Victoria did, simply take oneself off to rusticate in Scotland for years on end and refuse to do any work.

Our current Queen inherited a much, much more constrained regal paradigm. No talking politics, no day drinking, no invading Catholic countries, and no real power. In return, she could wave all she wanted and open Parliament occasionally.

Queen Mary summed up the rigidity and repetitiveness of royal working life when she somewhat sardonically said, "We are never tired and we all love hospitals.''

The future Queen Catherine is clearly not having a bar of this.

Oh sure, the woman currently known as Kate, Duchess of Cambridge, has opened plenty of hospitals and does a cracking job of dialling up the caring to positively Diana-esque levels when required. Surely even boot-faced Mary would have approved of the duchess' hugging-a-sick-child routine. 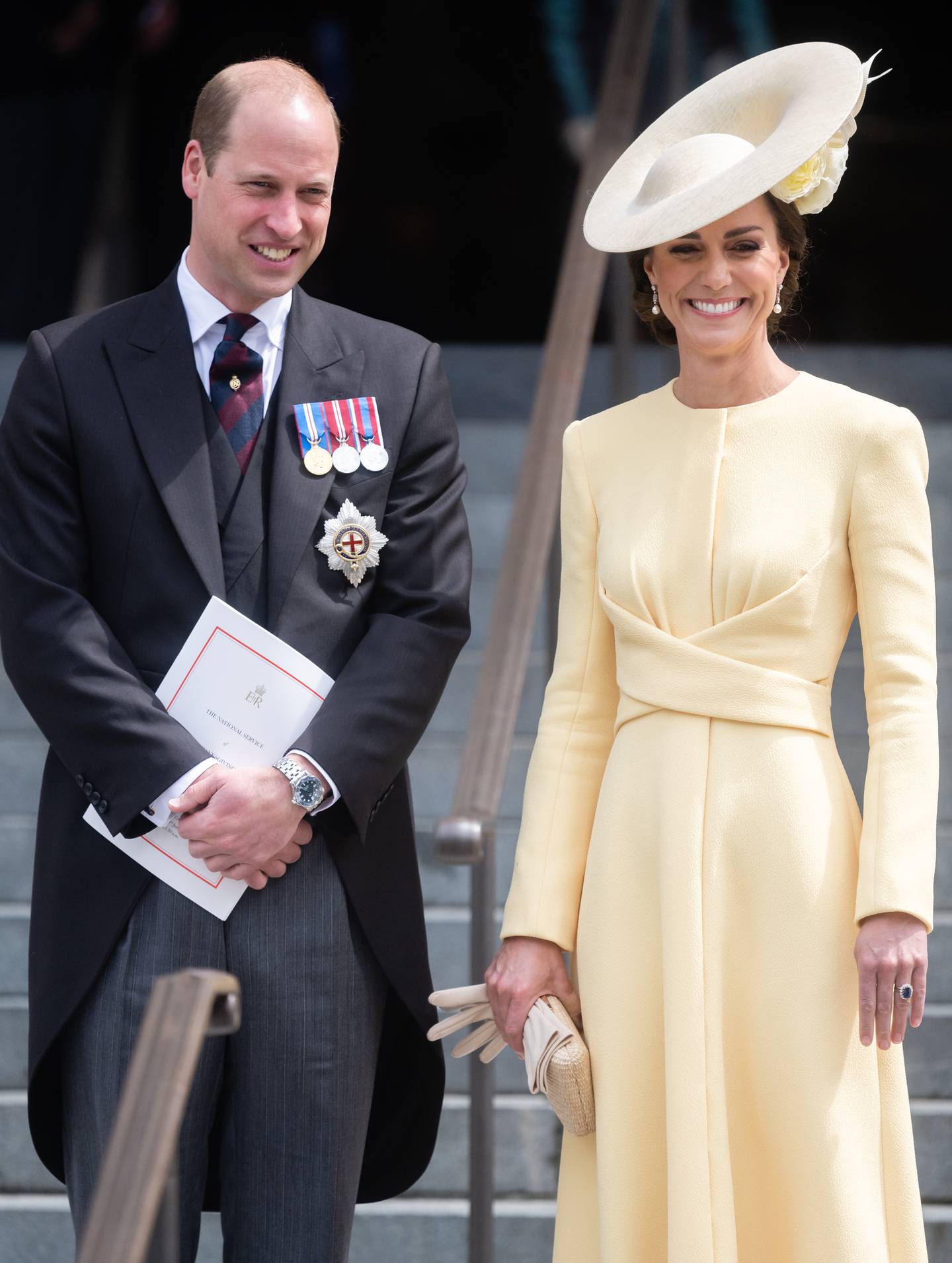 But the events of this week are all the proof we need that Kate has no intention of sticking to the queenly line and treading the same predictable path as all the women who have come before her.

Ascot was back in full swing on Tuesday for the first time since 2019: that annual gathering of royalty, the equine-obsessed and horsey hangers-on returning with gusto after the pandemic. Traditionally, the five-day event has been a firm commitment in royal diaries, with pretty much all the Windsors fronting up and having a marvellous time of it.

This year's outing saw something of a return to normality. Zara Tindall and her husband Mike along with Princess Beatrice and her husband Edoardo Mapelli Mozzi have clocked up multiple appearances, beaming and proving that a girl really can get a marvellous dress for only four figures. 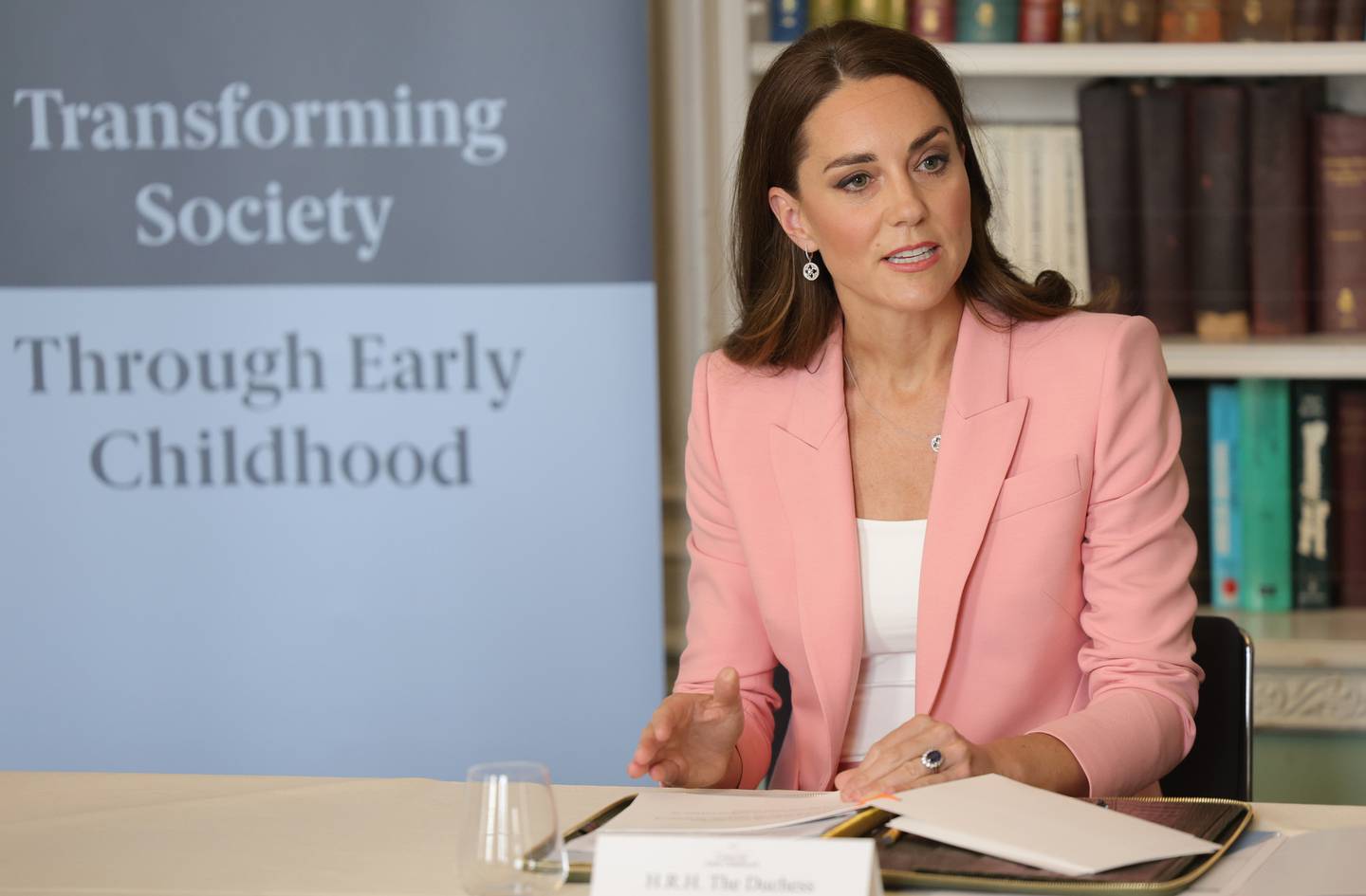 It all would have been par for the privileged course, except for the fact that two lots of royals were conspicuously awol: Her Majesty, who was back at One's castle putting her feet up and watching all the action on the telly, and Kate and her husband Prince William.

Their habit has been to attend at least once, the exception being in 2018 when Kate had only recently given birth to Prince Louis.

But this week, they have spent their time doing the darnedest thing: working.

On the same day that the royal cousins were, again, out in designer force and soaking up the sunshine, Kate was convening a roundtable meeting of her Centre for Early Childhood, which included not one but two Government ministers. The images could not be starker: one of pretty hats and frippery, the other of a suit-clad Kate in a book-lined study sitting across from Sajid Javid, the Health Secretary, and Will Quince, the Minister For Families. Heck, they even had one of those four-side table arrangements that they normally reserved for peace talks or UN confabs. 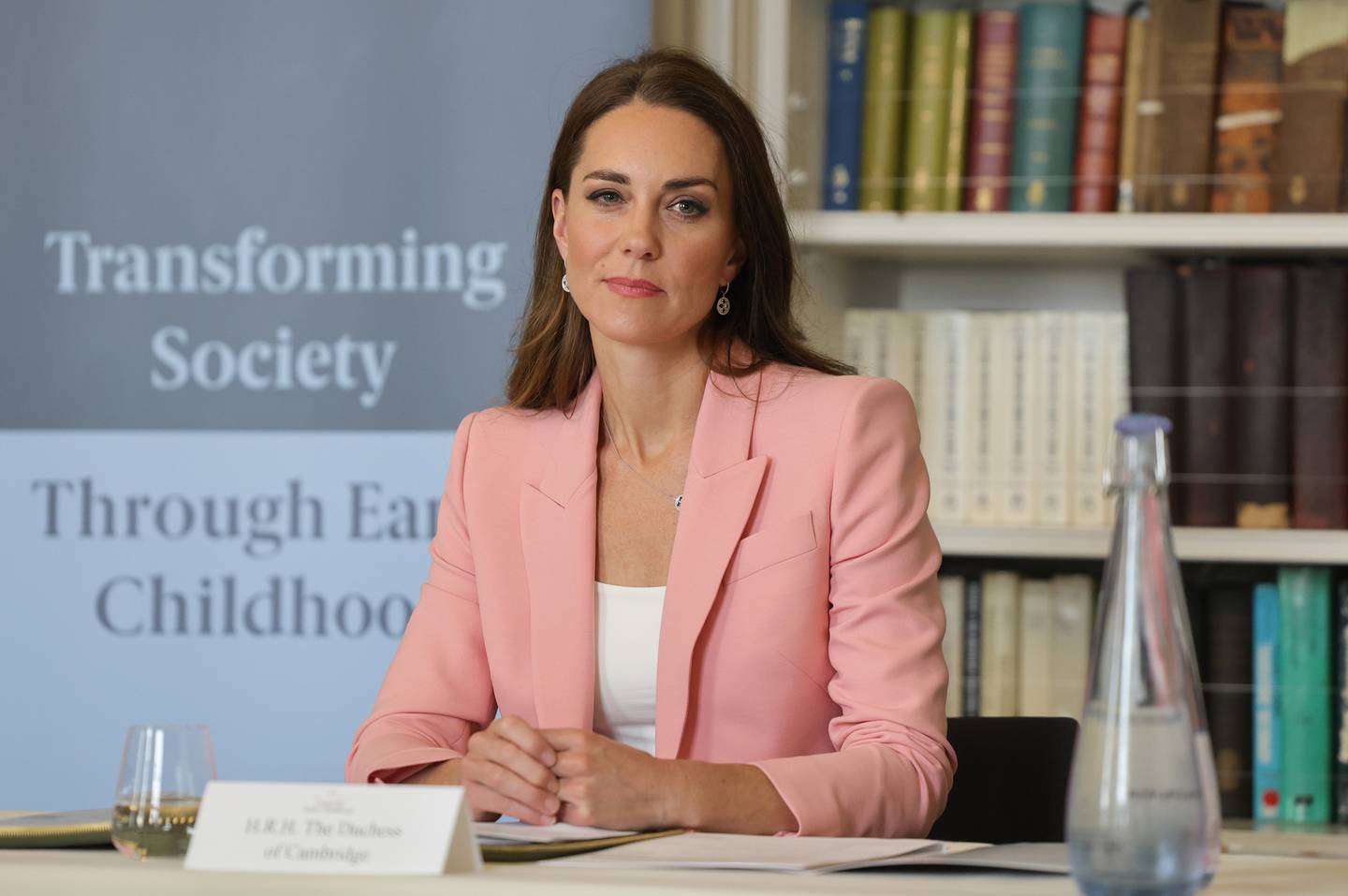 Kate listens as she hosts a roundtable with Government ministers this week. Photo / Getty Images

While in the last few years Kate has regularly gathered together a battalion of academics, boffins, thinkers and researchers on early childhood development, this week's meeting was the first time she had pulled in Government ministers in what was a clear escalation of her seriousness and her ambition.

This is far from a one-off.

The Court Circular, the official daily update of royal activity, used to just be plaque unveiling after paediatric ward visit after ship christening, a monotonous roster of arms-length do-gooders.

While Diana, Princess of Wales, deviated from this well-trodden path, it was over the course of her 15-year tenure as a working member of the royal family, a gradual rebellion against the status quo and a commitment to doing things her own way.

You only have to scan the last few months of the Court Circular to see just how dramatically Kate has gone that much further, having ramped up her work on this issue with the sort of professionalism and single-minded dedication that has traditionally been antithetical to the Windsor Way. 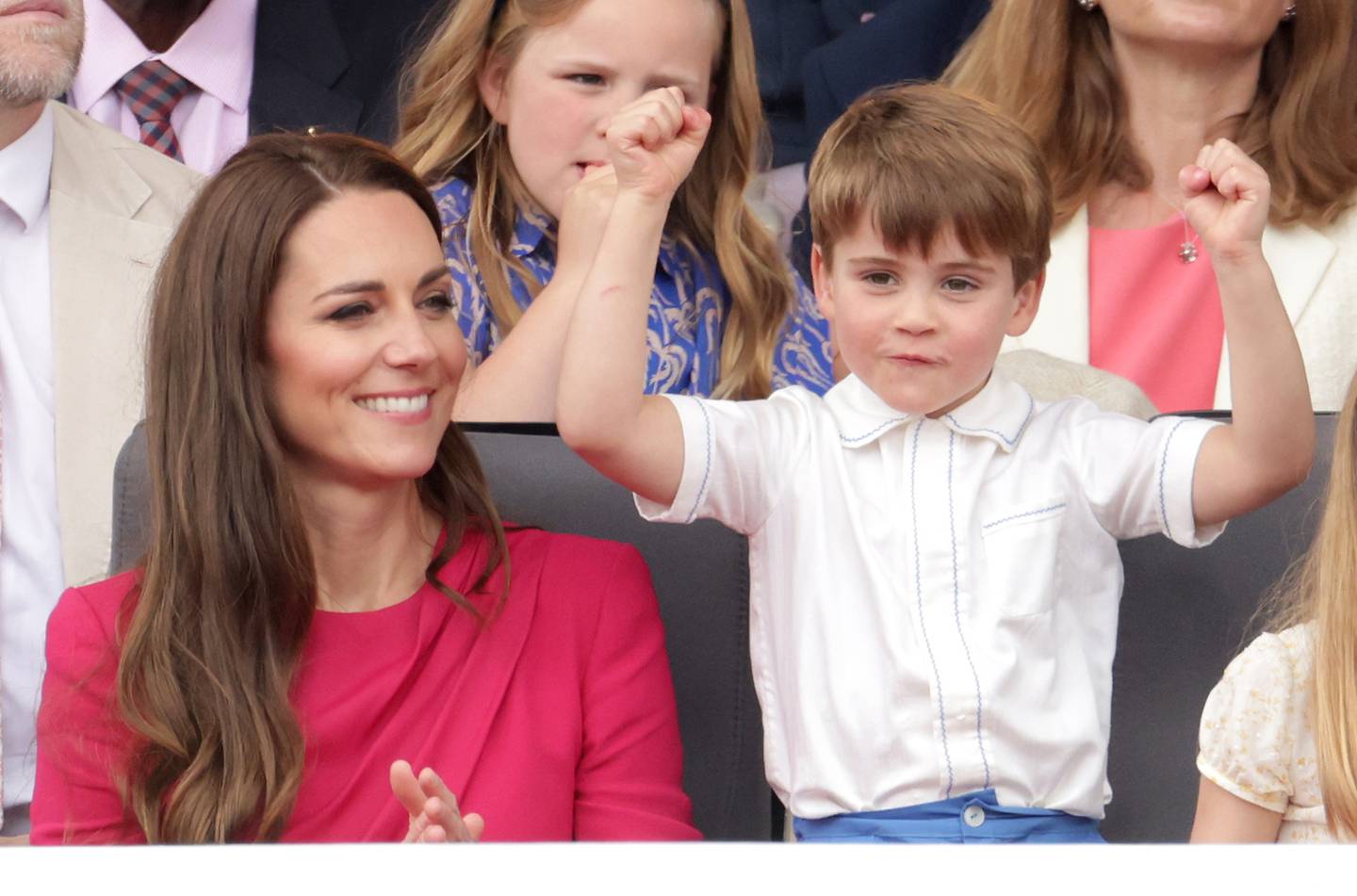 Already this month, in between all the Platinum Jubilee festivities and attending Garter Day, Kate has met with, among others, a professor of developmental neuroscience and psychopathology, a maternal mental health expert and the CEO of the polling firm Ipsos.

In an essay for the Telegraph titled Why we wanted to work with the Duchess of Cambridge, Dr Xand van Tulleken, a specialist in public health, along with his twin brother Dr Chris van Tulleken, a virologist, wrote: "This is not a flash-in-the-pan campaign, with a well-known name as the figurehead, peripherally involved. Nor is it one person's whimsical idea that it would be 'nice to do something for children'.

"There is nothing insubstantial about this work."

Can you imagine Her Majesty putting aside time to speak to a professor of developmental neuroscience and psychopathology?

Never before have we seen a future Queen want to spend her time sitting in rooms full of people with PhDs instead of people with Hurlingham Club memberships.

What's so shocking but so wonderful here is that no one saw this coming. Kate was never known for being overly bookish or academic or even having much of a work ethic.

Remember the version of Kate that populated the headlines for years? The woman who was perpetually being accused of being too fond of floating up and down King's Road buying pretty frocks and planning getaways to Mustique? Sure, the Duchess of Cambridge was generally held up as being pretty and fecund enough for the future Queen gig, but for years on end, she did not stand for anything.

It had always seemed as if, in her time as Queen, she would function as a purely ornamental addition to the royal house, her greatest contribution to the monarchy being an injection of some fresh DNA to create photogenic heirs. Oh, and she would look good on stamps.

What we've got instead is a delightfully wonkish duchess whose commitment to improving society extends far beyond doing some charity for the cameras. What is clear is that she is doing the dull graft here – the meetings, the reading, the roundtables, the homework. Not only that, she is doing all of this with the clear-eyed appreciation that this will not translate into any sort of immediate dividends, PR or otherwise.

As Kate said this week, "I am committed to this long-term – it is going to take generations to change this landscape but I hope this is the start of change." Over the last few years, while the world was watching agog as the Harry and Meghan Show played out in all its gory emotional glory, followed by the repugnant Prince Andrew mess, Kate has been transforming herself into a force to be reckoned with.

A force who is not shying away from edging perilously close to the Westminster fray. The royal family is, of course, expected to stay far, far away from anything with even the vaguest whiff of the political. Call it the first rule of royalty, if you will.

However, Kate is not dabbling around the edges with her Centre for Early Childhood but looking to play a part in shaping policy and therefore even potentially government spending in the future, and that is quite obviously very much in the political realm.

Who would have thought the woman whose greatest contribution to British society was elevating the nude wedge heel in public consciousness could do something so deliciously radical?

If Queen Mary could see what the Duchess of Cambridge was getting up to now, she would have a conniption. Could there be any higher form of praise than that?