The British media has responded to Prince Harry's visceral statement on press intrusion with characteristic savagery, drawing comparisons to Princess Diana's battle with the paparazzi in the months before her death.

On Tuesday, Prince Harry unleashed a stinging tirade against the press, saying the couple had taken legal action against the Mail on Sunday's owners for publishing a letter Meghan wrote to her father, Thomas Markle.

Despite being inundated with positive coverage from their ten-day tour of Southern Africa, the Duke said he could not "begin to describe how painful it has been" to see his wife "vilified almost daily" in recent months and they would not stand for the "bullying" they had received, reports news.com.au.

"Though this action may not be the safe one, it is the right one," he said. "Because my deepest fear is history repeating itself. I've seen what happens when someone I love is commoditised to the point that they are no longer treated or seen as a real person. I lost my mother and now I watch my wife falling victim to the same powerful forces."

The sheer force of the emotional statement, which is believed to be unsanctioned by palace advisers, caused shockwaves in Britain and sparked a slew of analysis over whether it was wise to take on the voracious tabloids and tar all media with the same brush. Royal watchers have been surprised by the strength of Prince Harry's statement about press intrusion against his wife. (Photo / Sussex Royal Instagram) 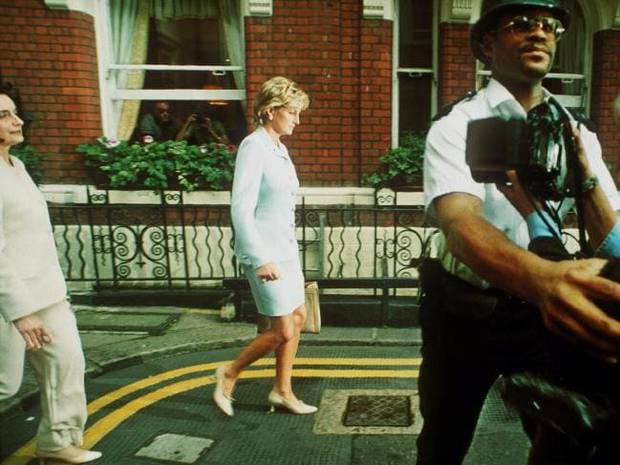 Princess Diana was pursued relentlessly by the press, including in the moments before the crash that killed her. (Photo / News Ltd)

Former Daily Mirror editor turned media commentator Roy Greenslade asked whether he was "taking a sledgehammer to crack a nut here? I think he may well find this is counter-productive."

BBC royal correspondent Nicholas Witchell said the timing was "curious" given the Africa tour had been a huge success, particularly in terms of tabloid coverage.

"It has lifted their reputation after a series of missteps involving private jets and expensive property renovations. Now they have chosen to take one of the most powerful newspaper groups in Britain to court and launched this stinging assault on an entire section of the British media," he said.

"British tabloids are not afraid of a fight. They may well feel provoked by the language in this statement. Was it wise? We shall see."

The Mail on Sunday has defended its story and said it would do so in court.

"We categorically deny that the duchess's letter was edited in any way that changed its meaning," a spokesman said. Prince William and Prince Harry with their mum in 1988. (Photo / News Ltd)

The harshest critique came from Daily Mail columnist Piers Morgan, who routinely takes aim at the Sussexes ever since being "ghosted" by Meghan on an early visit to London.

He described the couple as having taken part in a "helter-skelter of hypocrisy" and Prince Harry's statement as "one of the most extraordinary rants I've ever read from anyone in the royal family".

"Why petrol-bomb glowingly positive end-of-tour reports with a furnace of negative fury?" he said. "Not for the first time, I don't understand what the hell Harry and Meghan are thinking."

He also raised the death of Princess Diana, saying: "I understand why Harry dislikes the press after what happened to his mother, truly I do. Her death must have been incredibly hard for him to take as a 12-year-old boy.

"And if she hadn't recklessly abandoned her usual royal protection officers and drivers, she'd probably still be alive today." Handout pictures at the inquest into Princess Diana's death showed the Mercedes she had been travelling in after it crashed. (Photo / Pool)

The ITV morning show host and former tabloid editor said Princess Diana had been the subject of "huge press attention" but claimed she "played the media game just as ruthlessly as we played it with her."

"But with all due respect to Ms Markle, she's not in the same league as Diana in terms of fame," he said.

Princess Diana was killed in a car crash in Paris in 1997 along with her boyfriend at the time Dodi Al-Fayed and driver Henri Paul. A 2008 inquest found the trio were unlawfully killed by a combination of the Mercedes driven by Paul and the group of paparazzi photographers following them.

Prince William and Prince Harry opened up about their mother's suffering at the hands of the paparazzi in a 2017 documentary to mark the twentieth anniversary of her death.

Prince Harry said one of the hardest things for him to come to terms with was the fact that "the people that chased her into the tunnel were the same people that were taking photographs of her while she was still dying on the back seat of the car."

"William and I know that, we've been told that numerous times by people that know that was the case. She'd had quite a severe head injury but she was very much still alive in the back seat and those people that caused the accident, instead of helping where taking photographs of her dying in the back seat and then those photographs made their way back to news desks in this country," he said.

Prince William said he thought of his mother every day and people would be "appalled" if they knew what happened twenty years ago.

"If you are the Princess of Wales and you're a mother, I don't believe being chased by 30 guys on motorbikes who block your path, who spit at you to get a reaction from you … and make a woman cry in public to get a photograph, I don't believe that is appropriate," he said.

"I sadly remember most of the time she ever cried about anything was to do with press intrusion. Harry and I, we had to live through that." 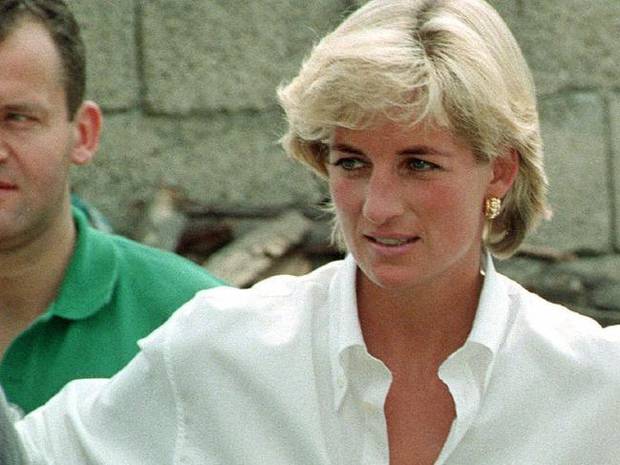 At her funeral in September 1997, Princess Diana was described by her brother, the Earl Spencer as the "most hunted person of the modern age."

He said his sister had "talked endlessly" of leaving Britain, "mainly because of the treatment that she received at the hands of the newspapers. I don't think she ever understood why her genuinely good intentions were sneered at by the media, why there appeared to be a permanent quest on their behalf to bring her down. It is baffling".

The Duchess of Cambridge, Kate Middleton, also suffered intense press intrusion when it was revealed she was dating Prince William and she was dubbed "waity Katey" by the tabloids after their lengthy relationship. She and William sought damages from a French celebrity magazine over publication of topless pictures and have also issued a warning against paparazzi targeting Prince George. 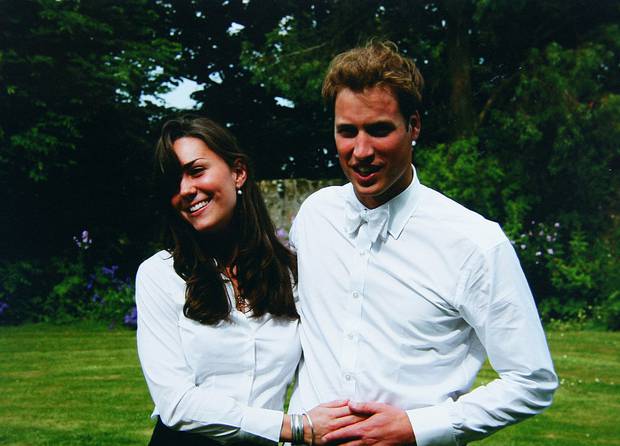 Kate and Prince William on the day of graduation in 2005 in Scotland. (Photo / Getty)

An uneasy truce exists in Britain between the press and the royal family where regular photocalls and limited access are granted in exchange for ensuring the rest of the royals time is off limits. Think the regular "candid" pictures of Prince George and Princess Charlotte released on their birthdays and first days of school, while off-duty snaps rarely make their way into the mainstream press. It's part of a murky and undefined deal that underpins their taxpayer-funded travel and renovations — often seen as the pound of flesh they must provide for living in all those palaces the rest of the time.

However Meghan and Harry have proved unwilling to play the game from the outset, with Prince Harry announcing their relationship through another letter blasting the press for intrusion and racist attacks on his new girlfriend, now wife. The couple have also opted to keep Archie's christening private and want to raise him out of the media spotlight. However for many, this jars with their celebrity-style lives that include private jets and lavish holidays while pushing a message of sustainability and concern for the environment.

Friends of the couple have defended their outburst, with singer Elton John saying he feels a "profound sense of obligation to protect Harry and his family from the unnecessary press intrusion that contributed to Diana's untimely death."