Pinot noir in Martinborough, crayfish in Kaikōura, or whitebait on the West Coast? New Zealand regions love to put on a show to celebrate their local delicacies.

Although 2020 made it difficult to plan and carry out events, the remainder of this year is looking positive for the multitude of food and wine festivals and events planned around the country.

Some are old favourites back up and running, whereas others are brand new, launched to help support local hospitality and tourism economies recover from the pandemic.

So get out the calendar, block out some dates and start booking your flights to enjoy the best of New Zealand's culinary and mixology delights.

Coming into its 12th year, the "it!" Bay of Islands Food and Wine Festival is set to be held on November 6, after being postponed last year.

As well as food, wine, beer and cider in the Paihia sun, the festival has a few favourite competitions for the public, such as kina sucking, oyster shucking and eating, and pie eating.

There'll also be cultural experiences at Waitangi Treaty Grounds, scenic heli flights and dolphin cruises to show off the best of the Bay of Islands. 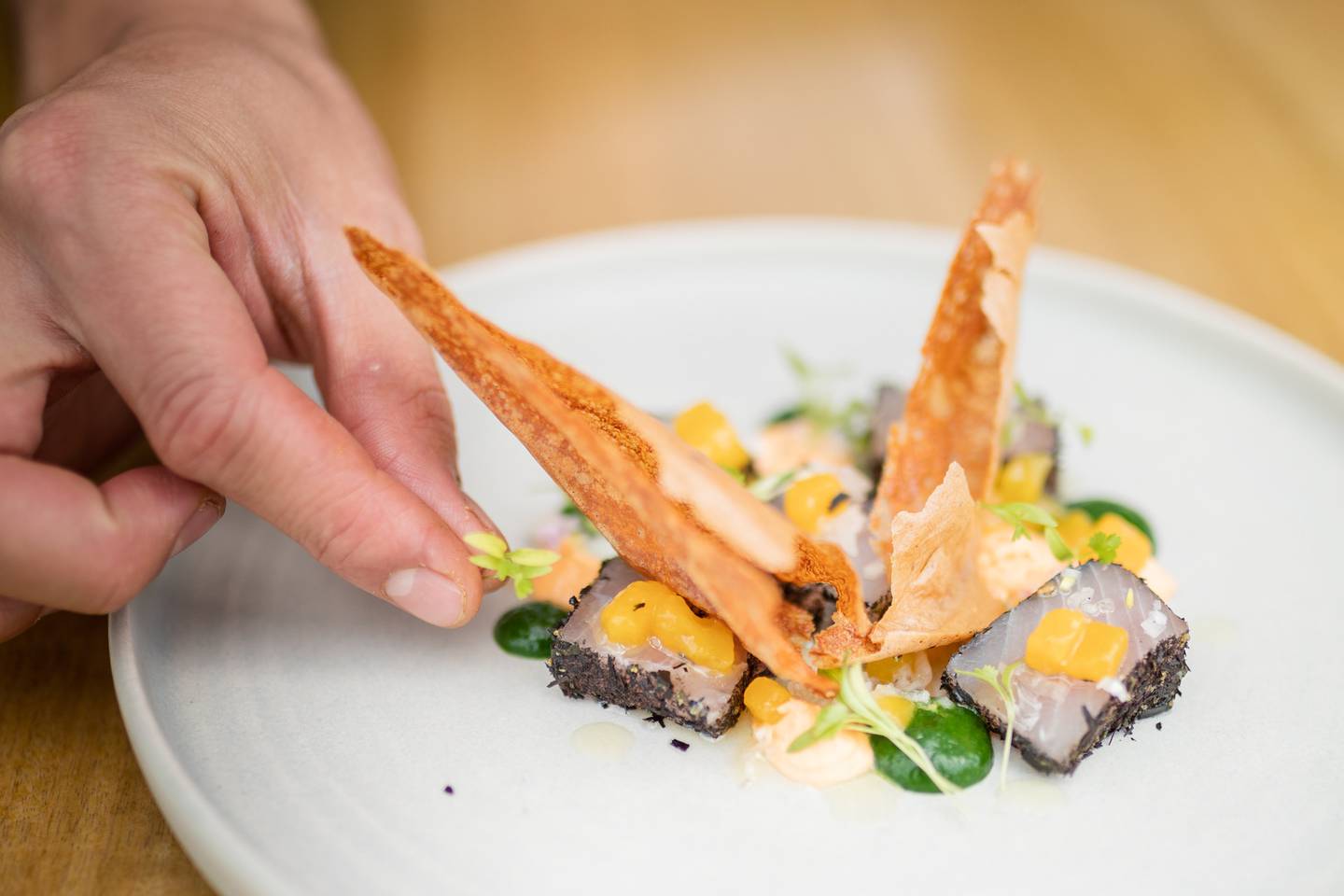 Auckland's Fish restaurant is one of the many eateries participating in this year's Auckland Restaurant Month. (Photo / Supplied)

Come August, it's Auckland Restaurant Month. Thwarted halfway in 2020 due to the Auckland lockdown, it's back for its 11th year of providing dining deals to Aucklanders. Choose from more than 100 special set menus for $25, $40 and $55+ as well as a number of in-restaurant events such as cocktail masterclasses and special kitchen counter dinners.

And just north of the city, Feast Matakana will show off local producers and growers from September 21 to October 14.

Celebrate sustainable seafood at The Whitianga Oceans Festival. The event on September 18 has been created in place of the Scallop Festival to allow the scallop beds to rest and recover.

Culinary Cambridge is a five-day festival showcasing Cambridge's food scene from September 15. Also in September, Ferment Fest returns to Hamilton. The festival started as a local cheese and beer day, but now has transformed into celebrating all things fermented such as pickles, kombucha, brewers and sourdough bakers. Happy news for your gut.

Although Rotorua isn't hosting any festivals, local restaurants are doing their best to come up with creative ways to encourage support for the region's producers.

There's a Gin and Salmon Degustation event this weekend at The Mains at Peppers on the Point, pairing Ōra King Salmon with Dancing Sands Gin, with Over the Moon Cheeses completing the evening with a new gin-and-salmon-inspired cheese.

For a classic wine and cheese pairing evening, Volcanic Hills Winery and Over the Moon cheese are teaming up for a tasting at Pig & Whistle Historic Pub on August 11.

The details are being kept under wraps for now, but Taupō's The Gathering on October 16 is promising to be the first event of its kind. 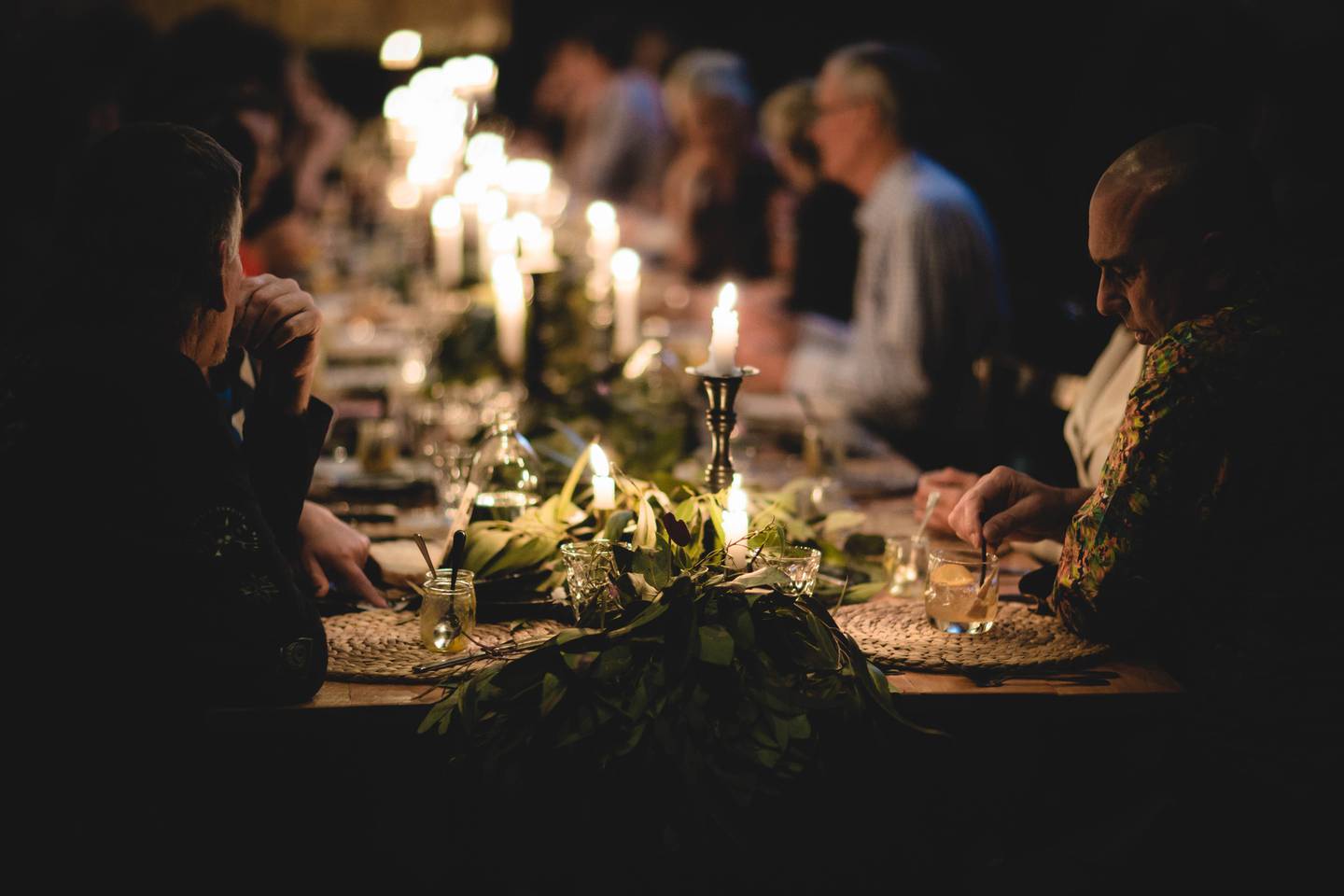 Taupo's The Gathering is to be held at a mystery location. (Photo / Supplied)

"Be prepared to be wined, dined and entertained at this incredible secret feast," the teaser states about the event. What we do know is there will be locally sourced and produced food, transformed by top Taupō chefs, with live music and dancing. It's a zero-waste event to keep the region clean and green, with a benefit to a local charity.

The Bay's premier culinary festival F.A.W.C! (Food and Wine Classic) will celebrate its 10th anniversary this November. Celebrating the region's finest food and famous wines, the festival runs twice a year, one in winter and one in summer. The Summer Series will be held across 10 days from November 5.

The region's also famous for its apples, so what better way to celebrate than through the New Zealand Cider Festival in Hastings on November 13. Held in Nelson for the past five years, the cider festival will now alternate between Hawke's Bay and Nelson.

One for all the foodies, The Great NZ Food Show is a weekend of culinary education, entertainment and tastebud explosions.

This year the show heads to Palmerston North on September 25-26 at the Fly Palmy Arena. There'll be celebrity chefs, cooking demonstrations and classes and a chance to learn more about the 100+ food and beverage businesses throughout New Zealand.

Celebrating boutique distilleries, On the Rocks will be held October 23, after being cancelled due to the changing Covid alert levels last year.

Whanganui's Tahu Gin, Juno Gin, LWF Distillery and Copperhead Road from Rotorua will be featured at the event along with many more distillers and plenty of local food trucks.

Another Covid victim in 2020, Toast Martinborough returns year November to celebrate fine wine, gourmet food and talented musicians. Martinborough is famous for its boutique wineries all close to each other, making it a fun event to get out and explore vineyards and the events each host during this fun day out.

August marks a bumper foodie month for Wellington. This year's Visa Wellington on a Plate theme is "Out of Place" and celebrates the new and adventurous, the delicious and curious. The event encompasses Dine Wellington, Burger Wellington, Cocktail Wellington and Beervana, with all of them culminating over the weekend of August 13-15. 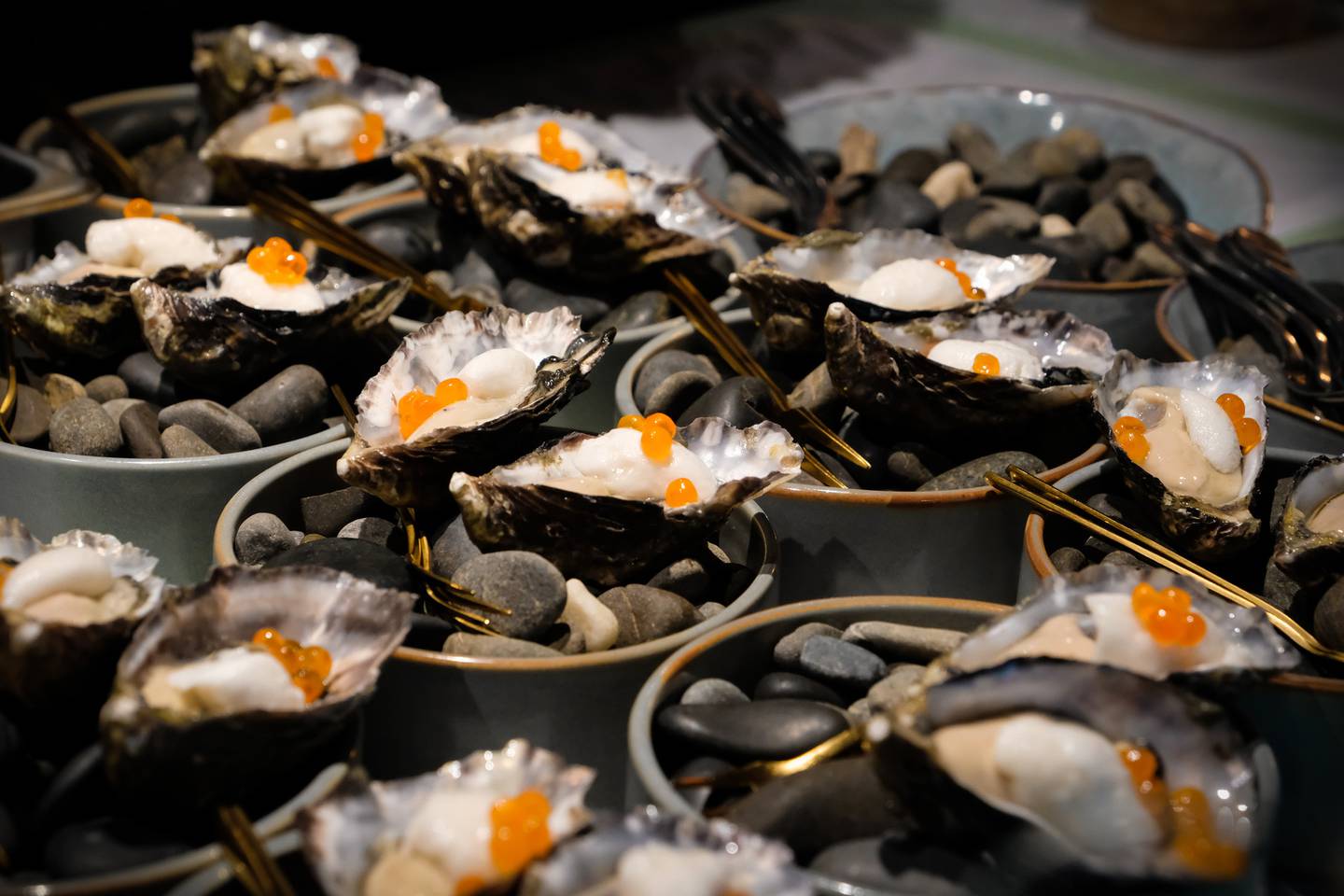 Enjoy New Zealand's finest culinary events, such as these oysters at Visa Wellington on a Plate. (Photo / Supplied)

This year's Dine Wellington will have 71 festival dishes that aim to tell a Wellington story, inspired by its topography, history, people and restaurants gone before.

The Marlborough Wine and Food Festival is a must for the summer calendar. It returns in February 2022 to Brancott Vineyard, and is New Zealand's longest-running wine and food festivals.

Celebrating the local wineries that make the region famous, the event at the top of the south pairs top wines with local produce, while celebrating Kiwi music. Expect to feast on everything from whitebait and other fresh seafood, to icecream, wild venison, coffee and avocado rolls. 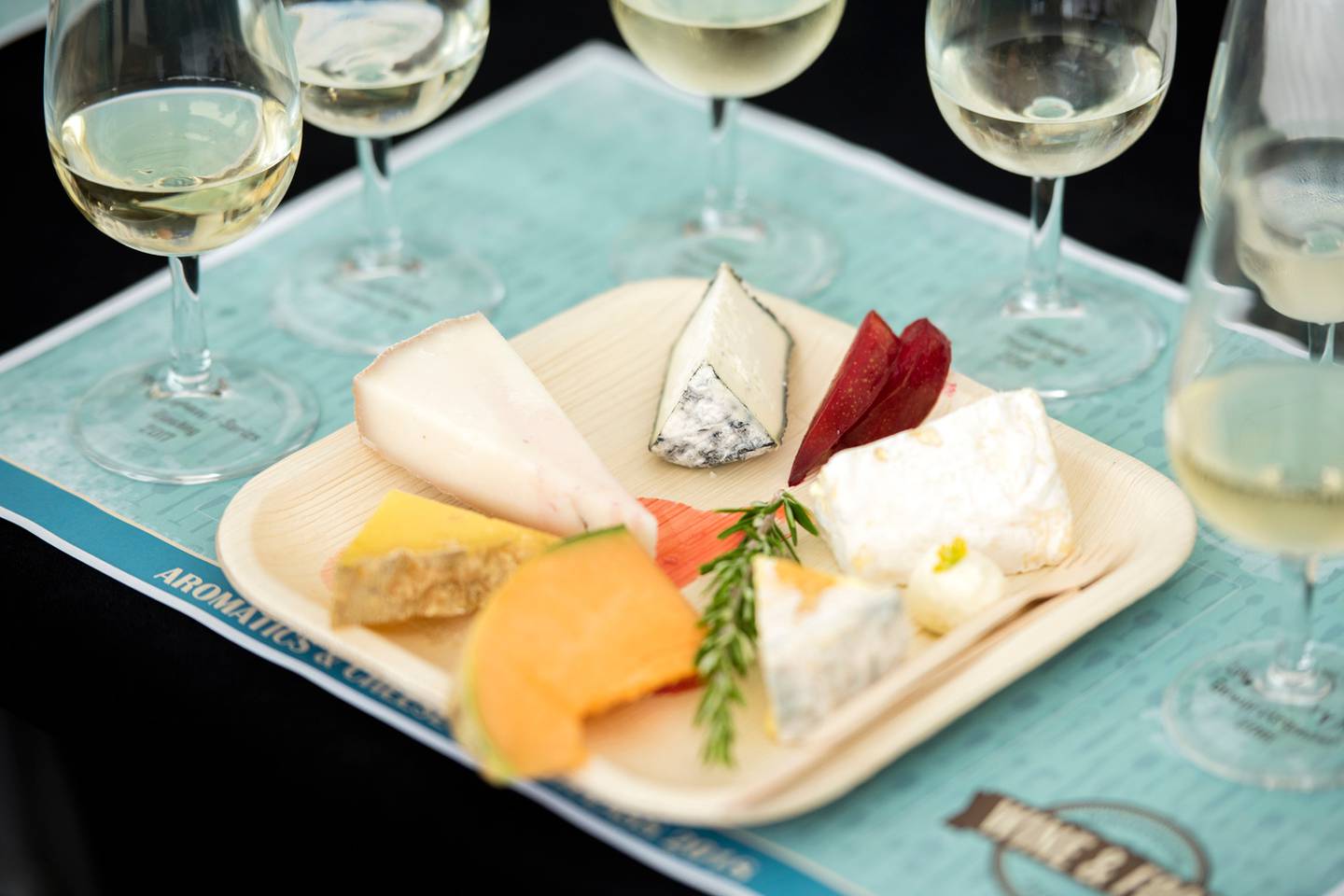 Wine and cheese pairings are among the many tastes you can try at the Marlborough Food and Wine Festival. (Photo / Richard Briggs, Supplied)

Combining the region's artistic culture with hospitality, the Four Lanes Festival on August 28 is a family-friendly festival held among Nelson's laneways. Expect to see a range of art creations and projections on walls, live entertainment and an array of food and beverages on offer.

A new one for the region, Taste Tasman launches in November to showcase local beer, cider and food. Held at Rutherford Park, it will be the perfect celebration for the craft brewing capital of New Zealand.

Calling all crayfish lovers - there's no better place to be than Kaikōura for Crayfest.

Returning October 30, the event celebrates Kaikōura's famed kaimoana, including, of course, the much-loved crayfish. Expect to discover new ways of eating and cooking crayfish, from in pies to croquettes to bao buns and pizzas. 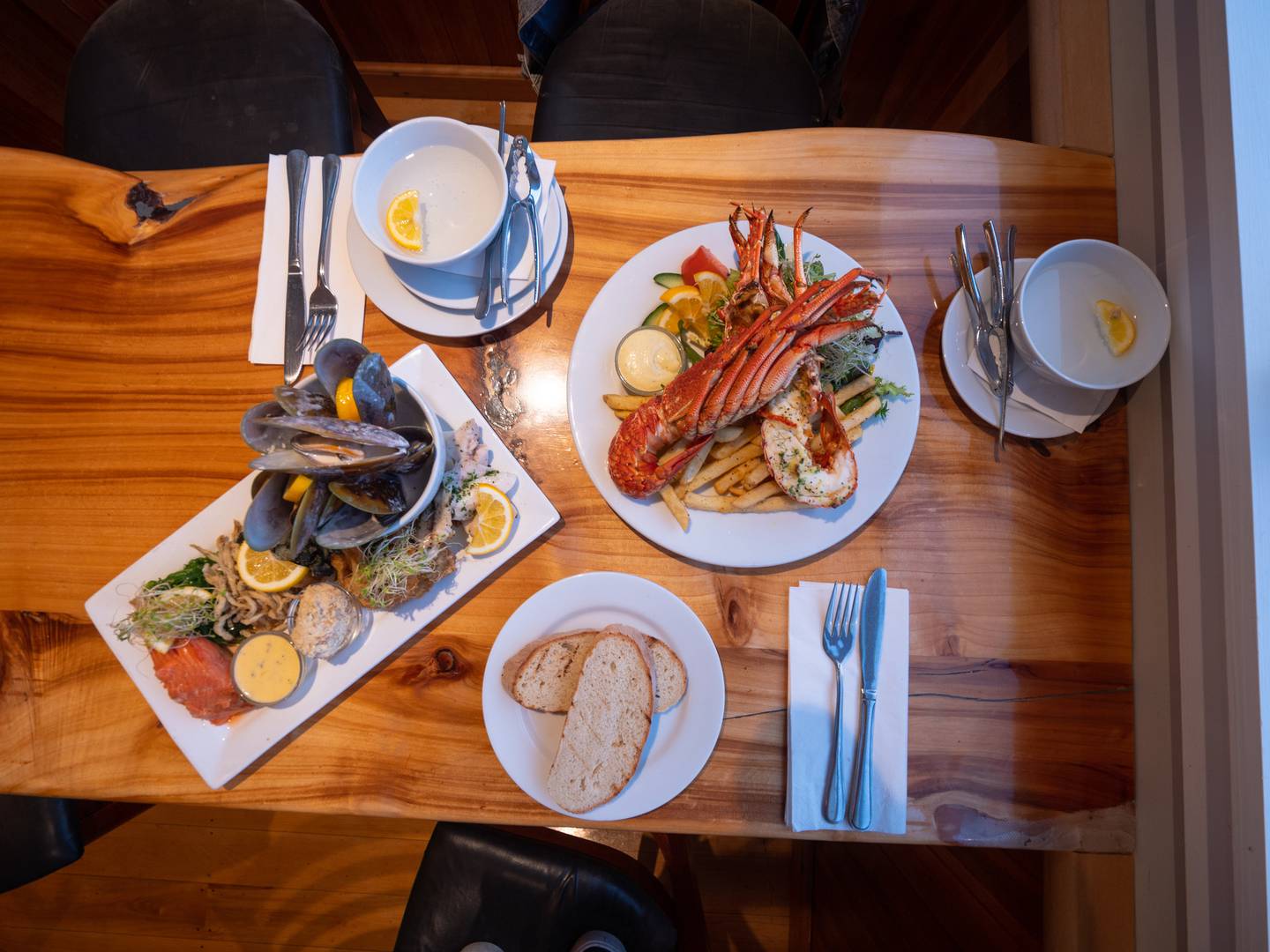 You can also try your own luck catching a crayfish on a local fishing charter, or learn from the best in a cooking class how to prepare the delicacy with the respect it deserves.

The South Island Wine and Food Festival will make its home at North Hagley Park this December 4. There'll be 40 of the South Island's top winemakers, as well as the biggest food names on the mainland. Learn more about your favourite tipples at interactive wine seminars and workshops, as well as live demonstrations from renowned Kiwi chefs.

To celebrate the diverse cuisines and cultures of Christchurch, the South Island Moon Festival takes place from September 30 to October 3, illuminating the city with art and lanterns, as well as live entertainment, performances and plenty of food.

Colloquially referred to as SCOFF, the 10-day festival celebrates growers, producers and artisan creators from September 11, and will be held across multiple eateries.

Some things are meant to be together - such as salmon and wine. The Twizel Salmon & Wine Festival brings it all together at Lake Ruataniwha on February 27, next year. 2022 will mark the 17th year of the festival.

You can't head to the West Coast without having at least one whitebait fritter. The Westport Whitebait Festival runs over Labour weekend and the Haast Whitebait Festival is held on the first weekend of October. The events are fun family days out with bouncy castles and face painting for the kids while the adults sample some of the best whitebait in the country.

Feast your heart out for Dine Dunedin and experience tastings, special dinners, collaborations, cooking glasses and tips from top chefs. The event runs from August 6 to 22 across a number of venues and eateries. If you love burgers, eat your way around the city with burgers especially created for the festival - then cast your vote for the best.

Dunedin's also home to many destination breweries so celebrate the finest brews at the Dunedin Craft Beer and Food Festival from October 29-30 at the Forsyth Barr Stadium.

Central Otago is a big producer of wine and food, so there's quite the calendar of events coming up. Enjoy a regional menu with Eat.Taste.Central hosted by Local cafes, restaurants and cellar doors. Running from September 24 to October 25, it's a celebration of the region's finest flavours in food, wine and matching beverages. 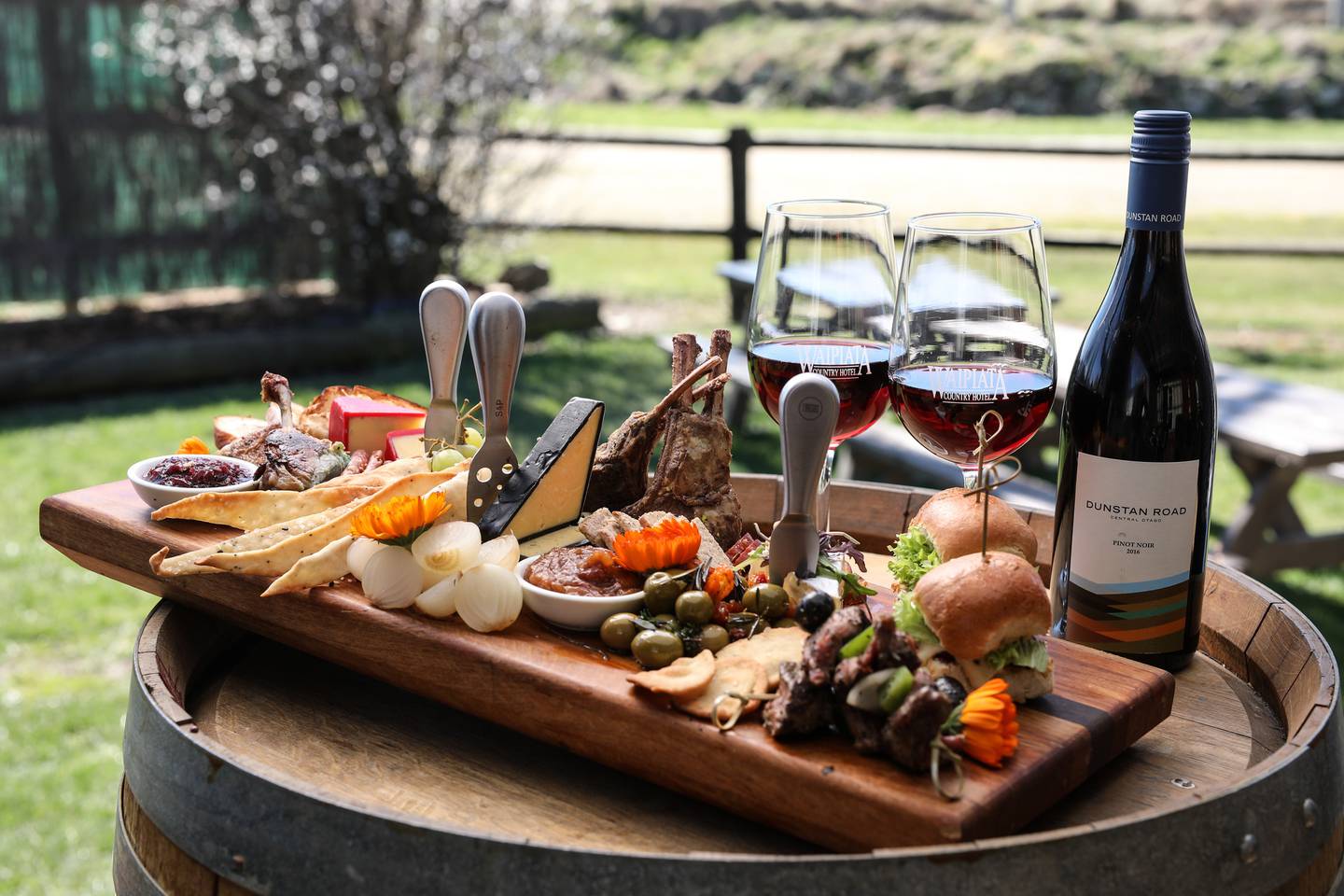 The inaugural Weekend of Wine will be held alongside Eat.Taste.Central from October 1-4. The weekend celebrates the 140th anniversary of Jean Desire Feraud winning Central Otago's first gold medal for wine in Sydney in 1881.

With the much-anticipated cherry season rounding out the year, the Cromwell Cherry Festival on December 27 will see the national pit-spitting trophy awarded in a fun family event. There's also a cherry-cream-pie eating competition and the highly-competitive contest to see who can spit their cherry pit the farthest.

In Queenstown, enjoy The Rees' tailormade Culinary Series Events on select Fridays from July 30 to November 26. These allow guests to experience food pairings crafted by executive chef Corey Hume, while enjoying stimulating conversations and discussions about viticulture and local producers.

This weekend is the Hokonui Culture Feast, a colourful celebration of international cuisine, dance and music with food vendors from all over the world - as well as a traditional Kiwi hāngī.

Hop n Vine Oktoberfest on October 2 brings a touch of Munich to Invercargill, celebrating Oktoberfest in a southern style.

But perhaps the most hotly anticipated event for the region - if not the entire South Island - is the Great Southern Cheese Roll on November 21. It's an annual community event full of laughter in which contestants bring along an ornately decorated cheese-carrying contraption to transport a small cube of cheese down the hill in New Zealand's only cheese race. And of course there'll be plenty of "South Island sushi" on offer - the humble Southland cheese roll.