Making it through the first major elimination of MasterChef NZ by the skin of his teeth, Lance Maynell is still fielding calls from friends and family roasting him for overcooking his duck.

"I feel very sorry for the duck after that cook," Lance said.

"I knew what I was doing with the duck, I did everything right like I normally would, cook it in a cold pan, skin down, crisp it all up and weigh it down – Vaughn Mabee, one of the judges, even came along and said it was a good technique.

"But I put it on too early and it wasn't until later I realised, I had stuffed it up."

Arriving at Walter Peak in Queenstown for the audition with 24 other contestants, Lance said the most nerve-racking part wasn't actually the cook, but walking his dish up to the judges.

"The audition was really fun but incredibly nerve-racking.

"The most nerve-racking part is taking your food up to the judges, wondering if they're going to love it or roast you."

What wasn't shown on television was that during his audition cook Lance burnt his hand badly, and spent half the cook with it in an ice bucket.

"It was quite a drama but the pain just kind of disappeared because I was in my zone."

Leaving the venison to the last minute ended up working out for Lance.

"I think I got a perfect cook on it, the flavours were smack on and I gave the sauce a lot of love – and an $80 bottle of wine.

"You just don't know what the judges are looking for or how good your food really is. 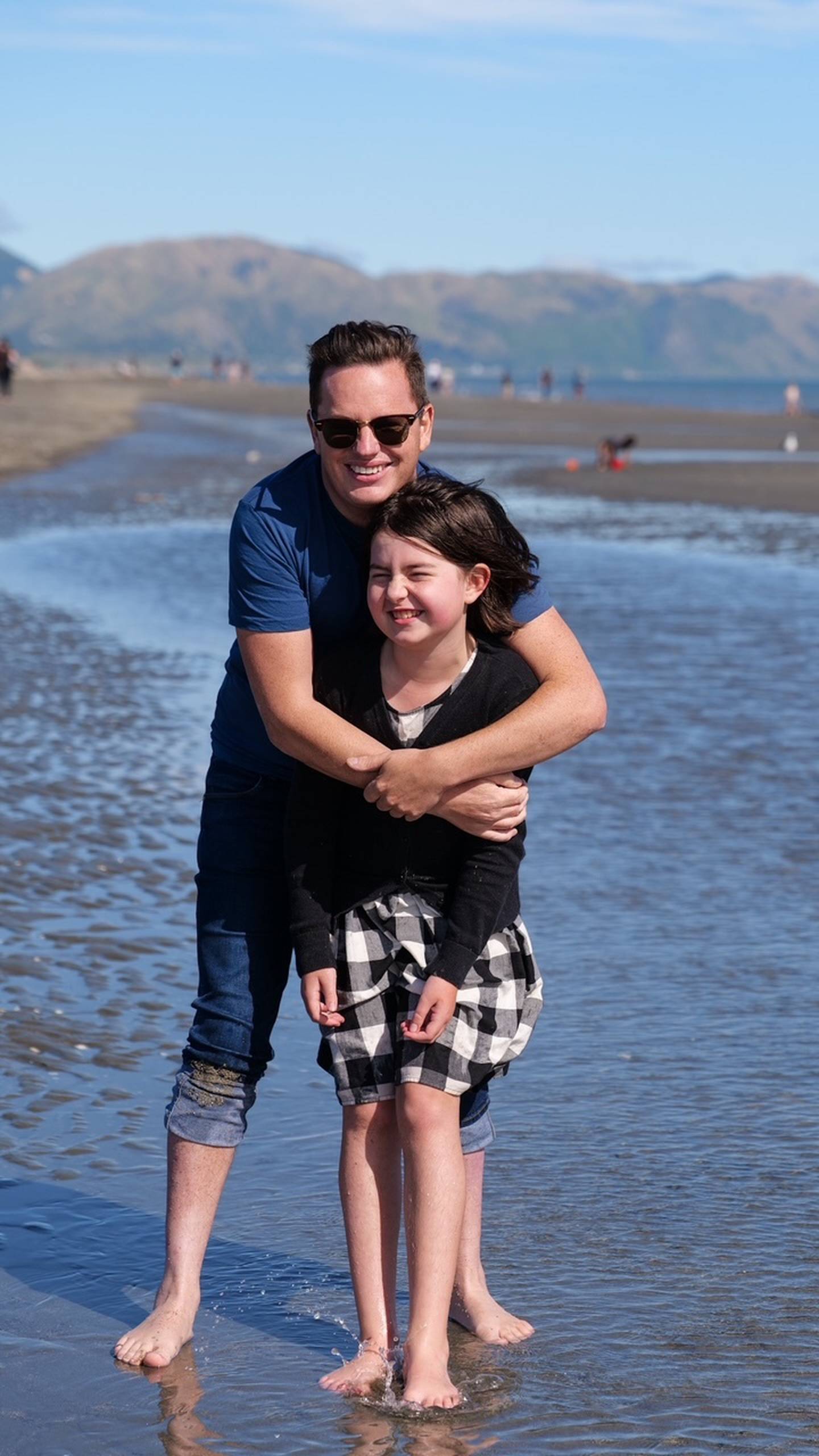 Lance Maynell with his daughter Audrey on Paraparaumu Beach.

"It's not until I watched it on television the other day that I remembered some of the nice things they had said about my audition cook."

Getting into the top 16 cemented for Lance that he can cook.

However, Lance's next cook was not so smooth, making the bottom four with two people going home after he overcooked his duck.

"That's a cook I will never live down.

"Even my dad who doesn't often call me called up after it aired on television and said I stuffed up the duck and was lucky not to go home.

"Luckily they liked the rest of the dish as the concept was there, but it was a sad day for the duck."

Growing up on meat and three veg, Lance was not very adventurous with food until the producer of the album he was recording at the time, would suggest they go out for food.

Recording an album in his early 20s, after hours of playing and recording, the producer of his album would take Lance to "strange places" on Cuba St in Wellington in the early hours of the morning.

"I was brought up on meat and three veg so all I knew of takeaways was fish and chips or McDonald's.

"He would suggest a small noodle house and I'd be like 'nope, I'm not hungry anymore' but would go home later and get a burger on the way."

Finally, Lance gave in at a noodle house when he saw wontons on the menu.

"I'd had these from a fish and chip shop so I thought it would be fine, but when it came out it was a bowl of soup – wonton soup.

"I took one sip of it and that was the moment my life completely changed.

"It was the moment I realised there was more to food than what I was brought up on."

From then on, every weekend Lance would go to different restaurants – the next one was an Indian restaurant. Indian is still one of his all-time favourite cuisines.

"I thought my producer was introducing me to recording an album, but what he really did was introduce me to food and for that I'm grateful."

With a successful career which he enjoys as a sales consultant for Carpet Court in Paraparaumu, Lance has realised that food has to be part of his life.

"From this process of cooking I've gotten into photography, become quite obsessed with taking cool photos of food and creating video content of cooking."

His dream is to be able to produce food content and inspire others through it – with the ultimate dream being to have his own cooking show on TV.

"I enjoy cooking for friends and family, cooking with my daughter Audrey, and do the occasional private dinner from time to time.

"I would like to do more of this and cook four-five course dinners in people's homes for them as I find that quite fun, but I don't want to be full time in a commercial kitchen."

As for the rest of MasterChef, you can watch it on TV3 on Sundays–Tuesdays or on-demand on Three Now.

"As good as we may be it comes down to the day."