A Married At First Sight bride spoke to the show's producers just a day after their "wedding", raising concerns about her groom's behaviour, a close friend has revealed.

The friend was a bridesmaid at the on-screen wedding of Chris Mansfield and Aimee Collins and said, while the day itself was "great", cracks started to appear soon after.

Mansfield, 39, was due to appear on the third season of MediaWorks reality show Married At First Sight, which airs from this weekend.

However, after it emerged that he had been charged with domestic violence in the USA, he was edited out of the show.

His removal came after his ex Candace Casady, 32, claimed physical and mental abuse before he was arrested on a domestic violence charge on May 4, 2009.

Mansfield pleaded not guilty and was released on bail but the Herald understands that he was taken into custody by US immigration services and sent home to New Zealand.

Casady was pregnant with his child at the time he left the US but did not have the baby.

Mansfield has not responded to requests for comment by the Herald. 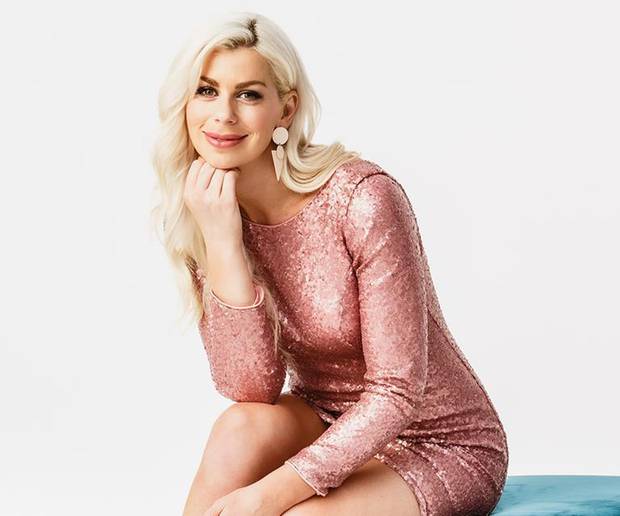 Aimee Collins was matched with Chris Mansfield on the show, but both have been edited out after allegations emerged he had assaulted a former partner in the US. Photo / MediaWorks

The woman he was matched with and "married" to on MAFS was Collins, an Auckland business owner and sales manager.

Collins, 34, cannot talk about the specifics of her experience as she remains under contract with MediaWorks.

However, her close friend and bridesmaid shared what Collins told her about the television couple's honeymoon and her reasons for ditching Mansfield.

She said Collins was "really excited" to go on the show and at the chance of finding a partner.

"Her main concern was that she was matched with someone she didn't like," said the bridesmaid, who did not want her name published.

"She never thought she would be put in this position - we trusted the show ..."

The bridesmaid said the wedding, which took place on a Monday, was "great".

"He [Mansfield] seemed like a really good guy, all his friends were really nice and they had great things to say about him," she recalled.

"There were no concerns on the wedding day ... they flew out to Fiji the next morning for the honeymoon and everything seemed fine.

"But (on honeymoon: Aimee started to express concerns about his behaviour.

"She said to me 'he's really full on, he's calling me baby all the time'.

"She said he was constantly wanting to hold hand and touch her and she had to sit him down and say 'can we slow it down' ... she'd only just met him and she was uncomfortable.

"She rang me crying, she wasn't handling it and she wanted to come home ... I don't think she was scared of him physically ..."

The bridesmaid said Collins spoke to the producers "a lot" about her concerns.

"The 'experts' weren't in Fiji for her to talk to so the producers were the only people she could speak to.

"She was really concerned ... she doesn't cry very easily and she was ringing me bawling her eyes out."

When details emerged of Mansfield's situation in the USA the bridesmaid was shocked.

"I thought 'oh shit that's terrible' and I was gutted for Aimee.

"I am really upset about this.

"It's bullshit ... he should have disclosed it and it should have been found out in the vetting process."

The bridesmaid said Collins has had no contact with Mansfield since the "couple" exited the reality television experiment.

"She blocked him and he hasn't been able to contact her," she said.

As MAFS aired last night Collins took to social media to urge people not to watch the controversial series.

"A lot of you have been asking if I'm watching tonight. The answer is no," she wrote on Instagram.

"I will not support a media company who put my life in direct danger.

"I ask you to consider this before watching as well ... Take a stand against domestic violence New Zealand, it's not ok."

Collins said MediaWorks and Warner Brothers "did not do their due diligence" in ensuring her safety.

"It took a journalist just four days to find out about my on-screen husband's alleged domestic abuse history.

"I'm horrified I was put in this situation.

"Please consider this if you're a fan of the show. I trusted I was in safe hands - it turns out I wasn't."

Collins said there were "so many ways" the broadcaster could have sourced the relevant information about Mansfield before accepting him onto the show.

She labelled the show a "disaster".

Last week Collins spoke exclusively to the Herald about her experience on the show.

"Honestly, it has been a nightmare, the last few days has been very, very traumatising for me," she said of MAFS and Mansfield.