New details about the Lord of the Rings TV series based in Auckland have been released - including the cast.

Set to be the most expensive television show ever, production for the Amazon series, inspired by stories preceding JRR Tolkien's The Fellowship of the Ring, will be headquartered in West Auckland for five years.

While members of the production crew have been in New Zealand for more than a year, official production starts next month, it was confirmed today.

As previously announced, the series is led by showrunners and executive producers JD Payne and Patrick McKay.

Said McKay and Payne: "After undertaking an extensive global search, we are delighted finally to reveal the first group of brilliant performers who will take part in Amazon's
The Lord of the Rings series. These exceptionally talented women and men are more than just our actors: they are the newest members of an ever-expanding creative family that is now working tirelessly to bring Middle-earth to life anew for fans and audiences worldwide."

There was nothing in today's announcement about Sir Peter Jackson being involved, although it's previously been confirmed Amazon was having conversations with him about a contribution of some kind.

Jackson's films of Tolkien's stories were award-guzzling, box office monsters that paved the way for the TV series. 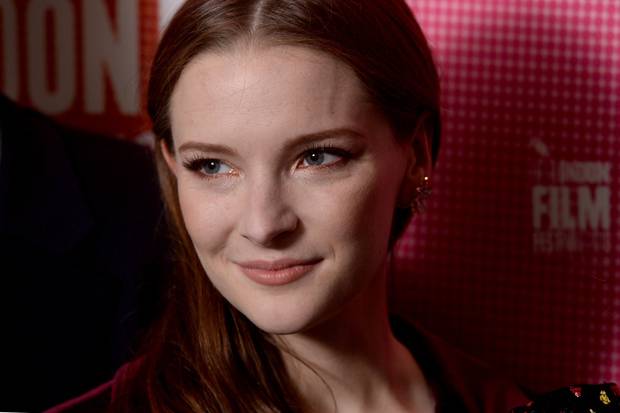 Last April the Hollywood Reporter estimated the Amazon production would cost $1.5 billion, but an industry insider has told the Herald that figure was modest, and suggested it could have a $3b price tag.

The project is expected to deliver a massive boost for Auckland's economy, and unprecedented opportunities to grow jobs and careers in the region.

Here are some of the international actors confirmed as series regulars.

Robert Aramayo is a British actor who's in David Fincher-directed Minhunter and recently wrapped filming Netflix series Behind Her Eyes. Later this year he will appear in The King's Man, a prequel to the Kingsman series.

Owain Arthur has a strong background in theatre, including with the Royal Shakespeare Company. TV credits include Hard Sun, a BBC sci-fi thriller from Kiwi Neil Cross.

Nazanin Boniadi is in the all-star cast of Bombshell, the film about disgraced Fox News boss Roger Ailes out here tomorrow. She also co-starred as Fara Sherazi in Homeland.

Morfydd Clark plays Mina in the well-received new Netflix/BBC version of Dracula and played Sister Clara in the new adaptation of Phillip Pullman's His Dark Materials. Next up she's in The Personal History of David Copperfield, the latest film from In The Loop creator Armando Iannucci.

Joseph Mawle as Jesus in The Passion. Photo / Supplied

Joseph Mawle played long-lost Benjen Stark on Game of Thrones and was nominated for a Bafta TV Award for his performance in Birdsong, opposite Eddie Redmayne and Matthew Goode. Mawle also starred in MotherFatherSon with Richard Gere, and opposite Rosamund Pike in the BBC remake of Women in Love.

Dylan Smith has a long list of credits in major films, including 300, The Immortals, Total Recall and The Maze Runner: The Death Cure.