The Foo Fighters have cancelled their New Zealand tour and all upcoming concerts after the death of their bandmate Taylor Hawkins.

Hawkins, 50, died at a hotel in Bogota, where the band was due to play at a music festival. Local officials said an ambulance was sent to the band's hotel after a man reported having chest pains.

Breaking their silence after the devastating death of the legendary drummer, the band said they have cancelled all upcoming concerts.

The emotional social media post read: "It is with great sadness that Foo Fighters confirm the cancellation of all upcoming tour dates in light of the staggering loss of our brother Taylor Hawkins.

Inevitable under such sad and tragic circumstances. Of all the concerts we’d secured in recent times this was the one I was most excited about. Wishing Taylor Hawkins’ family and bandmates peace and healing. The music will live forever @foofighters https://t.co/XHGde4o3hz

"We're sorry for and share the disappointment that we won't be seeing one another as planned. Instead, let's take this time to grieve, to heal, to pull our loved ones close, and to appreciate all the music and memories we made together. With love, Foo Fighters."

The band was due to take the stage for Kiwi fans at Wellington's Sky Stadium and Auckland's Western Springs Stadium in December this year.

The Colombian Secretariat of Health confirmed the drummer sparked a medical emergency after suffering "chest pains" in a Colombian hotel room.

"The District Secretariat of Health regrets the death of this talented and world-famous drummer and sends a message of condolences to his family, bandmates and fans." 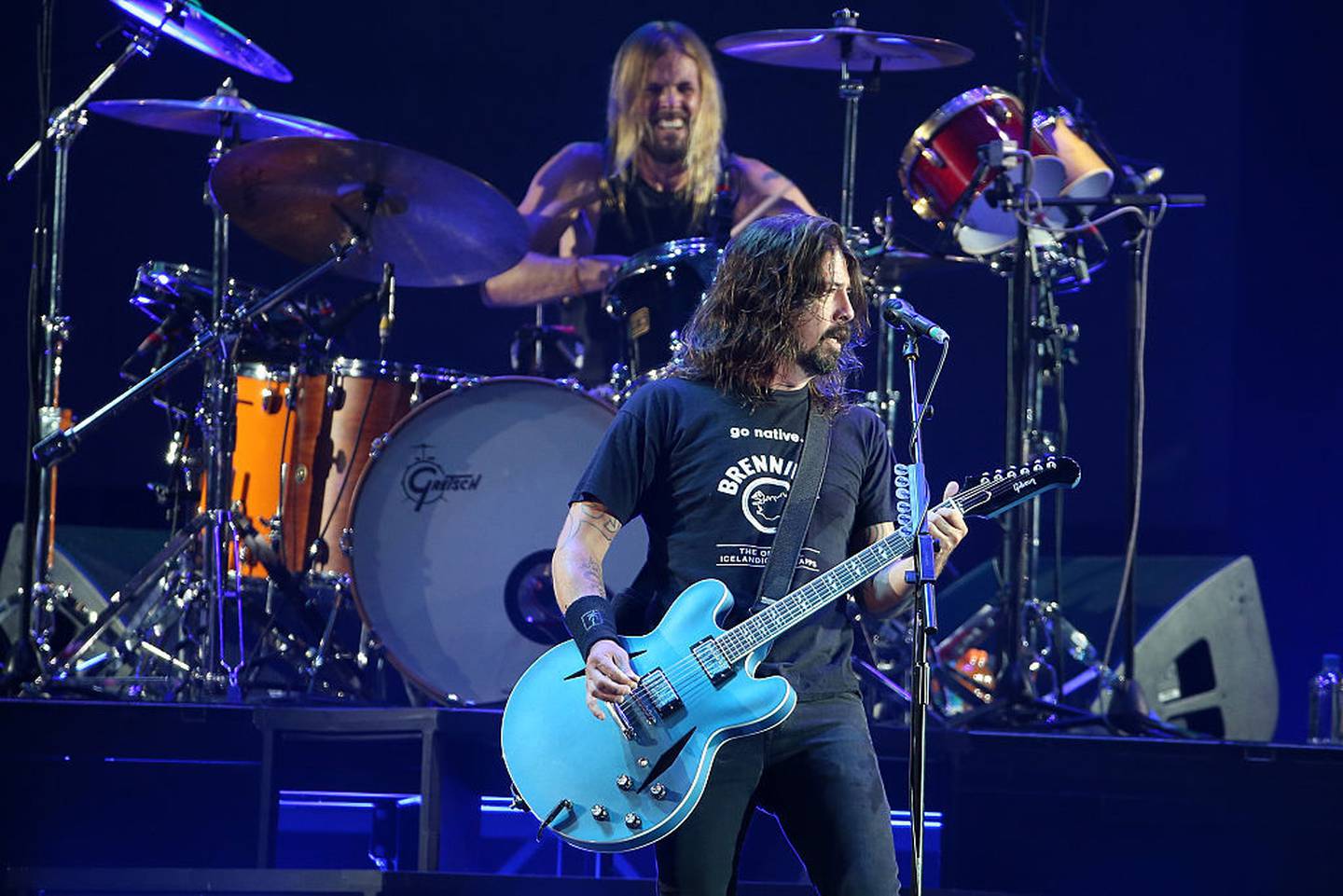 According to Colombian publication Semana, when Hawkins was found, his heart weighed more than 600g, shocking forensic experts. Most men have a heart that weighs between 280g and 340g.

Authorities believe that factor played a part in Hawkins' death, along with a cocktail of 10 drugs found in his system.

Born in Fort Worth, Texas, Hawkins moved to Southern California with his family as a child and rose to prominence as the touring drummer for Alanis Morissette. He joined the Foo Fighters in 1997.

"My heart, my love and my condolences go out to his wife, his children, his family, his band and his fans. See you on the other side," Osbourne said.

Hawkins is survived by his wife and their three children.