Bill Cosby used friendly spaces – a film set at a public park, a game room – to give 16-year-old Judy Huth a sense of safety before sexually abusing her, Huth's lawyer said Wednesday in opening statements at a civil trial.

Attorney Nathan Goldberg said the meeting of Cosby, already a major star in the spring of 1975, and Huth, then a typical Southern California teenager, was highly unlikely, and would lead to her life changing permanently.

"The odds of their world colliding and intermingling were slight to none," Goldberg said.

A few days later, Cosby would take Huth to the Playboy Mansion, where he led her and a 17-year-old friend to a room off the main house full of pinball machines and other games that they played.

Goldberg projected for the jury an old, washed-out photo that Huth's friend, Donna Samuelson, took of Cosby and Huth in the room, and left it up for most of his opening statement. Cosby, clearly recognisable, is wearing a red beanie and has a beard.

There were two bedrooms with their own bathrooms connected to the game room. When Huth left a bathroom at one point, she came out to find Cosby sitting on a bed, and padded the spot next to him, directing Huth to sit.

"After she sat down, he pounced," Goldberg said.

He attempted to put his hand down her tight pants, then exposed himself, forcing Huth to touch him sexually, Goldberg said. 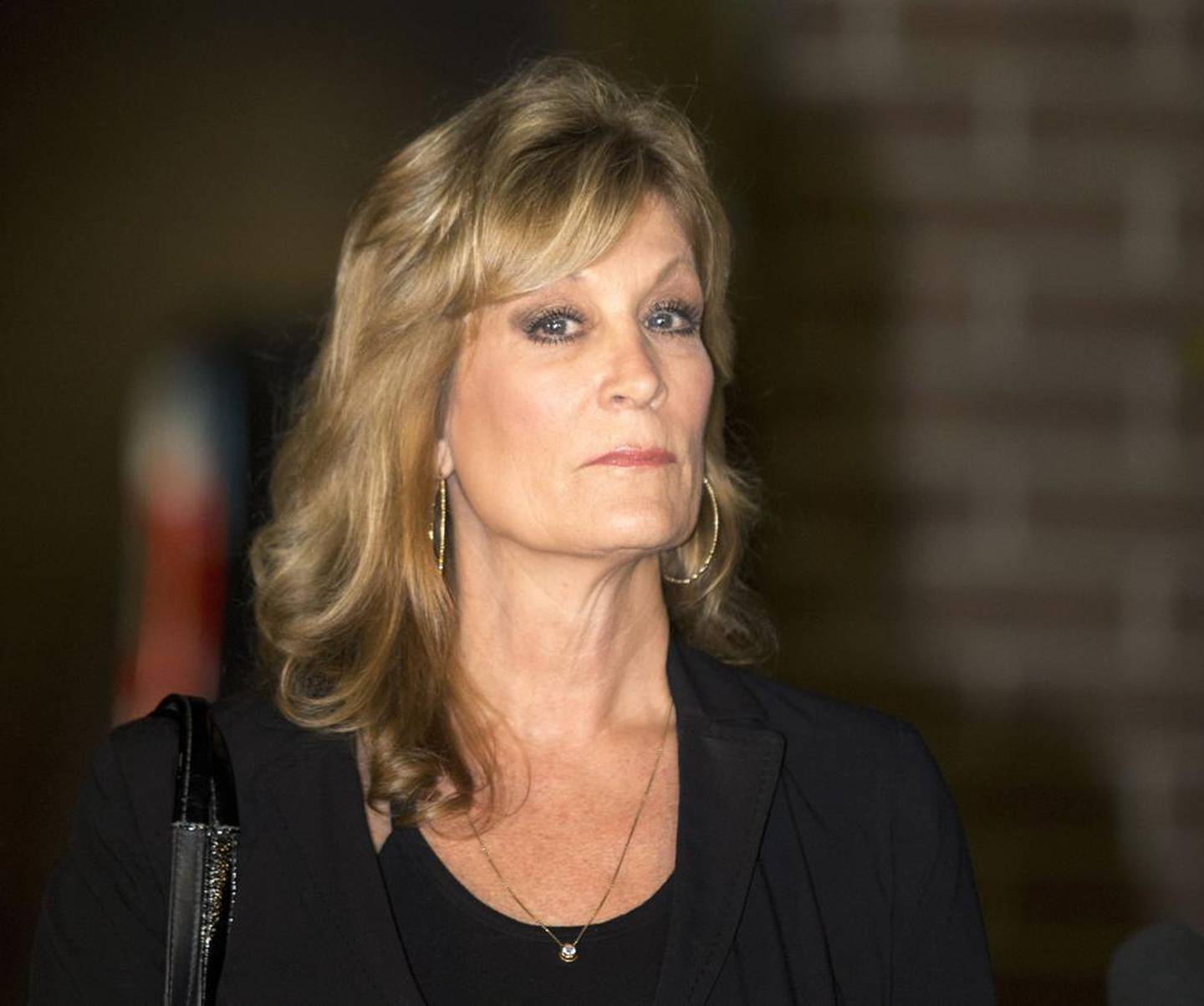 Judy Huth has accused Bill Cosby of sexual assaulting her as a teen. Photo / AP

The trial in its first day at a Los Angeles County courthouse stems from a 2014 lawsuit filed by Huth, now 64. It's one of the last legal claims against Cosby after his Pennsylvania criminal conviction was thrown out 11 months ago and many other lawsuits were settled by his insurer.

Goldberg said Huth and Samuelson, who will be the trial's first witness, went to Lacy Park in San Marino, California, most likely in March of 1975, to play frisbee when they came upon the set of the movie "Let's Do It Again," which Cosby was shooting with Sidney Poitier.

The two whispered with excitement when they saw Cosby, and the comedian mocked their whispers when he saw them.

"He couldn't have been friendlier," Goldberg said.

Cosby invited the girls to meet him a few days later at a tennis club, where he had them play a game of pool where the loser had to drink a beer. Goldberg said Huth had to drink at least one beer, but can't remember how many.

Without saying where they were going, Cosby got in his own car and led the girls in their car to the Playboy Mansion.

Goldberg said before Cosby molested Huth, he had been putting his hands on Samuelson's shoulder, but she "made it obvious to him that it was not okay."

Samuelson was oblivious and playing games when the abuse in the bedroom took place, but Huth told her about it as soon as Cosby left them alone, and she will tell the same story she heard when on the stand this week, Goldberg said.

The abuse would immediately lead to emotional problems for Huth.

"She was no longer the happy-go-lucky girl she had been," Goldberg said.

She would "bury" her feelings for decades, Goldberg said, but they would come rushing back, and she would suffer from serious anxiety. The effects increased when Huth's son reached the age she was when it happened, and when similar stories about Cosby began to emerge.

Two women will testify to similar experiences with Cosby when they were teenagers within a year of Huth's meeting him.

In his opening, Goldberg sought to head off potential defence arguments.

He emphasized that after 47 years, Samuelson and Huth's stories are bound to differ in the details.

"They don't remember everything exactly the same way," Goldberg said. "If they did you would be suspicious."

He said some previously stated details, like Huth remembering playing Donkey Kong, which wasn't invented until years later, in the Playboy Mansion game room, did not mean the core elements of her story were wrong.

"So, she didn't get the name of the game right, so what?" Goldberg said.

Cosby is not attending the trial, and will not be compelled to testify. Parts of a video deposition he gave soon after the suit was filed will be played for the jury.

The Associated Press does not normally name people who say they have been sexually abused, unless they come forward publicly, as Huth has.