The Kiwi actress, best known for her role in Outrageous Fortune, has just returned from New Orleans in the United States and is currently in MIQ in a Wellington hotel.

That's despite having been fully vaccinated with two Pfizer shots, according to her Instagram.

Like many bored returnees, she's been posting snippets to Instagram of her life from inside the hotel's four walls.

But a shot of a "gorgeous little scented candle" gifted from a friend and several bottles of red wine has seen her fall afoul of more than just the hotel - it's also got up the nose of a Government department. 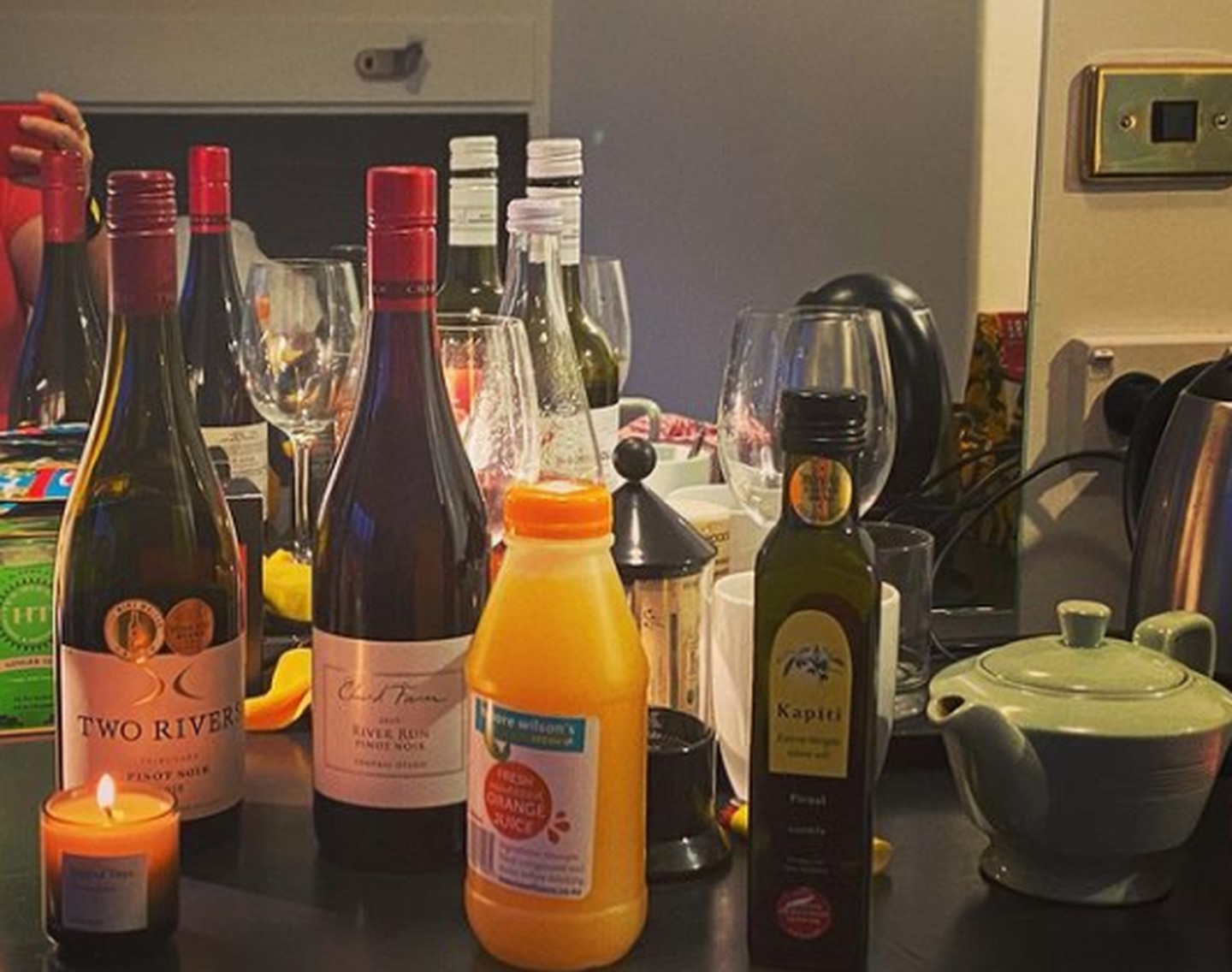 The offending items that appear to have alerted authorities include a lit candle, and more than one bottle of wine. Photo / @robynjmalcolm

Malcolm said she received a phone call this morning from the Ministry of Defence's public relations department telling her they had noticed on her Instagram account that she had a candle in her room, which was against policy and they'd have to remove it.

"I felt like I was being treated like a naughty 8-year-old who couldn't take responsibility. Why don't you ask me not to light it?"

She said being trapped in a room for MIQ impacted one's psychological state - and posting things on Instagram was one of the ways she was keeping her spirits up.

They had also noticed that she had two bottles of wine, rather than the one that you're allowed per day ... but she was allowed to keep those.

"Big Brother's clearly watching us naughty little 8-year-olds who can't keep our own candles for fear that we might do something naughty like light them again or perhaps drink too much."

Malcolm held up a pain au chocolat to the camera for Big Brother, "if you're still watching".

"I mean I should be so grateful cos there's no hair on it today." On Malcolm's first day she had complained of finding "random hair in my breakfast bag".

There are strict limits on the amount of alcohol that can be delivered to a person's room each day while in MIQ.

MBIE's policy on alcohol, obtained under the Official Information Act, says returnees are allowed a "reasonable quantity of alcohol" delivered or purchased from the facility each day.

That's defined as either a six-pack of beer, one bottle of wine, or a four-pack of RTDs. Spirits are not allowed.

The rules are meant to prevent guests getting so drunk that they breach MIQ rules such as social distancing, wearing PPE or present other safety risks to themselves or staff.

The policy says MBIE and hotel staff do not have the power to search or confiscate people's items. However if they suspect there is too much alcohol in a package being delivered, they can ask the recipient to prove them wrong by opening the package. If the recipient refuses, staff can hold on to the package and give it to the person on their departure from MIQ.