Asked how it feels to return to Dancing with The Stars, Kerre Woodham bursts into peals of laughter.

The Newstalk ZB host thought she'd danced her last after being eliminated in week three of the competition. But after several of her competitors were taken out by Covid-19 earlier this week, Woodham has had to fish her dancing shoes out of the bin – literally.

Never wavering in the resilience required for such a show, the radio host and her professional dance partner Jared Neame headed back to the studio with just two days, instead of five, to learn two new dances before Sunday's show.

Speaking from the duo's dedicated dance studio during a break from rehearsals, an exhausted but exhilarated Woodham declares "the show's got to go on".

But with such a small amount of time to prepare, is she back in the competition to win it?

"I think I've let down my young dance partner by not having a ruthless desire to win at all costs," Woodham jokes.

"But I'm a realist. I'm 57, I'm fat, my shoulders live permanently up here," as she shrugs. "I'm not terribly agile. I never thought I could win it.

A self-titled Dancing with The Stars tragic, Woodham wanted to have the experience of going on the show but found out it was far more difficult than she'd ever imagined. Woodham and Neame were originally eliminated on week three of the competition. Photo / Supplied

"When the judges marked us really low, I just thought if I'm not getting any better ... normally, if you're a bit rubbish at something, you stop doing it. You don't keep doing it in front of a million people," she shares.

Woodham is no stranger to an audience – after all she broadcasts live every weekday on Newstalk ZB. But even she admits she didn't expect the nerves to hit when she went onstage.

"I haven't recovered from that first dress rehearsal. It was the worst stage fright I've ever had, and I truly thought I'd be immune to that because I do live radio.

"I've emceed gigs. I'm used to thousands of people. Yeah no, that was horrible and I was literally paralysed."

After that, the host felt she was unable to sleep properly or get adequate time to recover from the brutal schedule.

"None of us sleep. And I've never cried so much. Truly, it is like being a 3-year-old. Over-stimulated, overtired, you know, just overwhelmed. 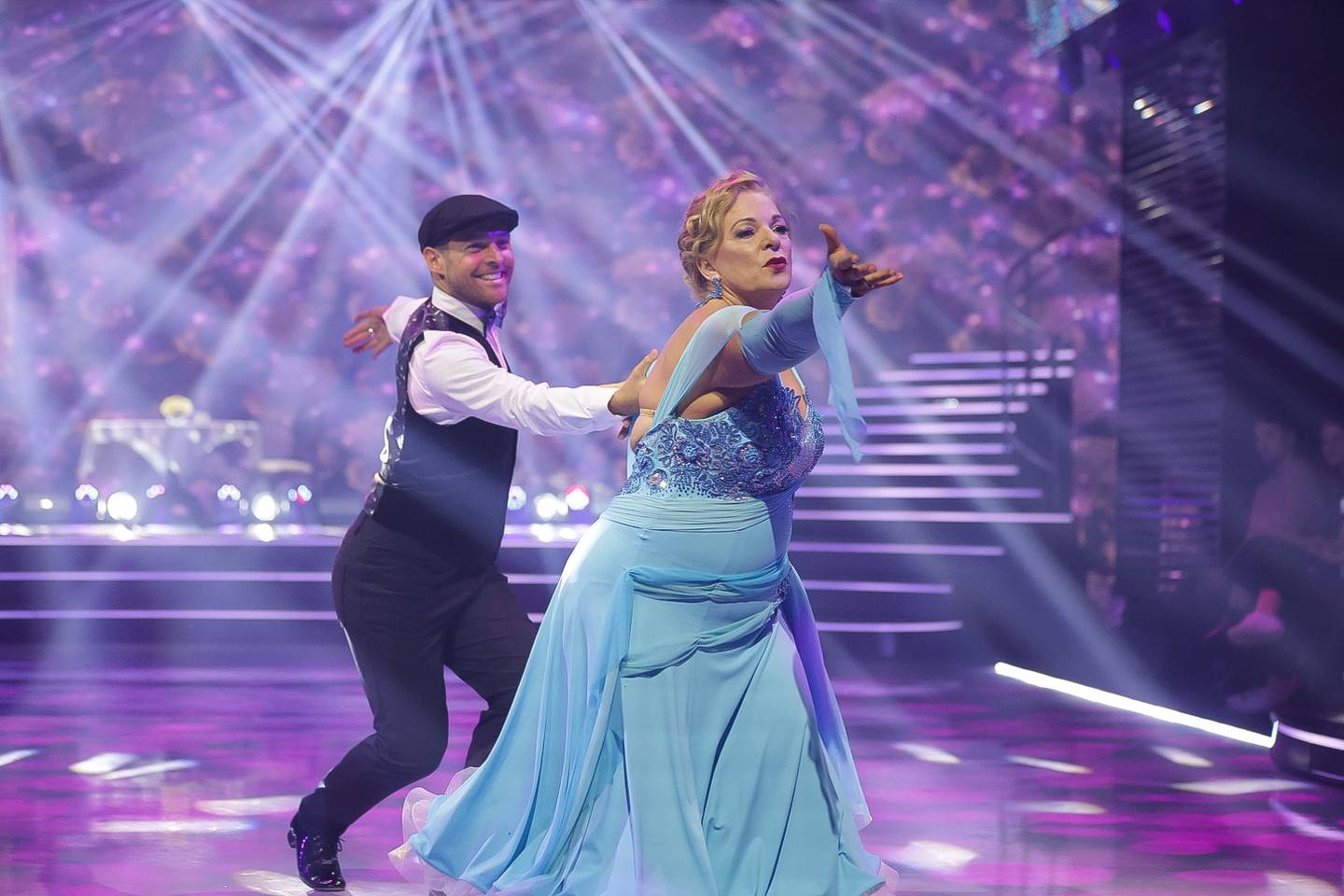 Woodham and Neame have had two days to learn two new dances ahead of returning to the show on Sunday night? Photo / Supplied

"And all of my beautiful friends who have been on Dancing with The Stars said it's amazing, you'll love it – never once mentioned the sobbing and rocking catatonically in the corner.

"I became one of those people who was too busy to eat. I've never been that person, ever. I always eat. I can forget my mother's birthday and I don't forget to eat, but we just didn't have time."

And even when the dancing day is done, there's no rest for the competitors – they head straight back into planning and rehearsing their upcoming dances.

Woodham admits she must have been the only contestant not to burst into "floods of disappointed tears" after being eliminated. But returning to the show, she says the pressure is off.

Partner Neame agrees. "The competition side's out of it now. It's just about having fun and because obviously, we're replacing a couple, wanting to do them proud."

For Woodham, the show isn't about points on the leaderboard, it's about enjoying herself on the dance floor. And even when she "adds her own little steps in" – much to Neame's dismay – she does it in style, bringing her signature brand of enthusiasm to each performance. 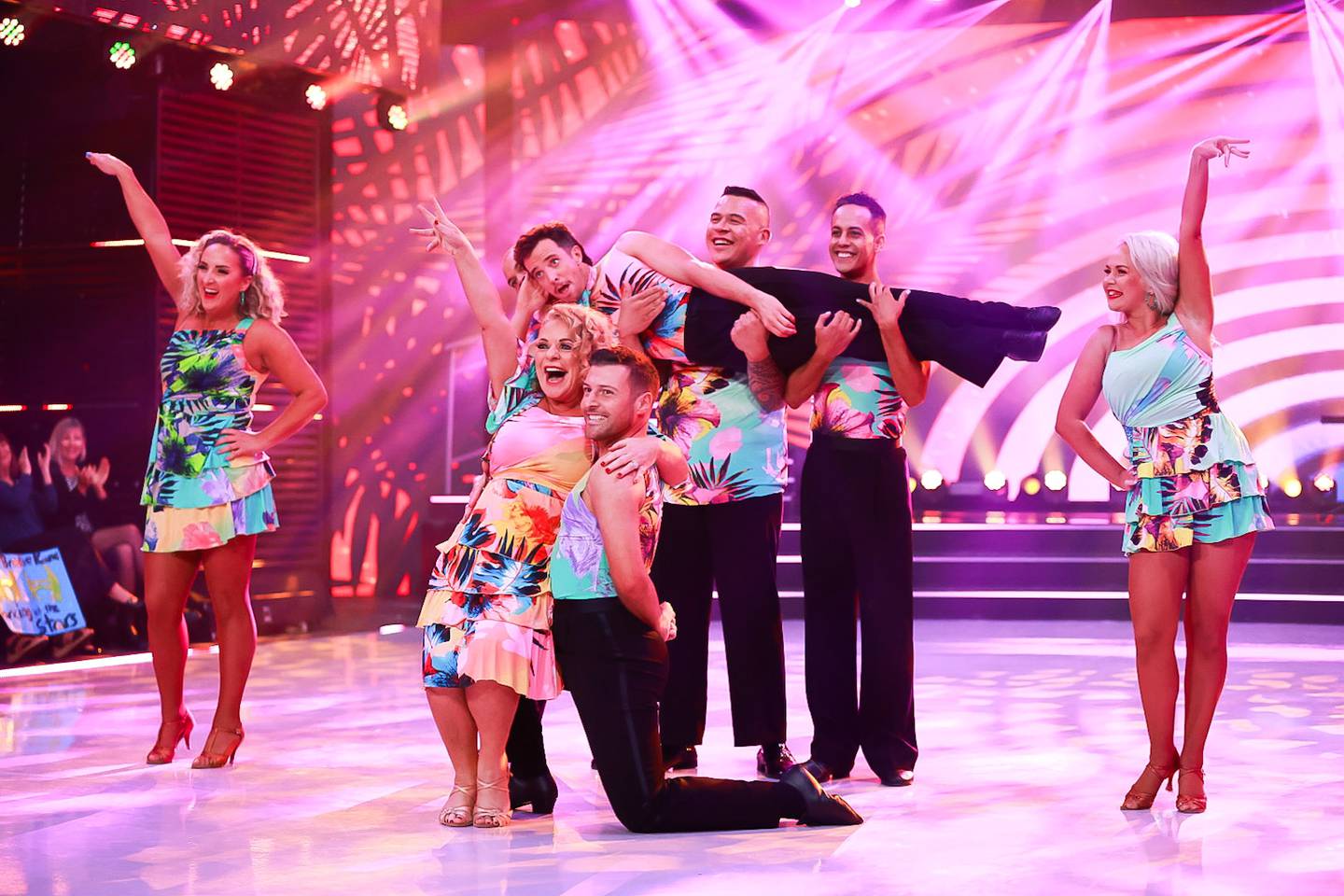 The Newstalk ZB host says the rehearsal schedule for Dancing with The Stars is gruelling. Photo / Supplied

And despite it all – the tears, the lack of sleep, the gruelling rehearsal schedule – the radio host says she'd recommend the experience to anybody.

"I have a huge appreciation for the professionals and the people behind the scenes. I feel very privileged to have had the opportunity," she shared.

"And also, at 57, how many cool new experiences do you get to have? I'm the envy of old folks homes across the country!"

Ahead of Sunday night's performance, Neame says the pair are as ready as they can be.

"We're just using every minute, every second that we've got. We don't have time to sit and go, it's not working – we just have to try and push through."

Will Woodham keep dancing once the show comes to an end? "Yeah, I'd like to – I mean, I'd like to do recreational dancing."

"Give me a month," Neame jokes.