Johnny Depp continues to come out on top in the court of public opinion, and experts are saying that could be even more important than winning his defamation case against Amber Heard.

Legal and PR professionals told the NY Post because Depp has been able to tell his side of the story so publicly, a jury ruling in his favour now doesn't matter as much.

Texas civil lawyer Katherine Lizardo said: "When [Johnny Depp] stepped off the stand, I think he already won based on his definition of winning. Because he already obtained the favour of the court of public opinion … once he told his story."

Depp, 58, is suing ex-wife Amber Heard for US$50 million (NZ$76.5m), claiming she defamed him in her 2018 Washington Post op-ed where she described herself as a victim of domestic abuse.

Heard, 36, then countersued for US$100m (NZ$153m), protesting that Depp defamed her by calling her a liar over her abuse allegations.

Lizardo told the Post winning the legal side of the defamation case doesn't matter to Depp.

"Winning – it would just be icing on the cake for him because his main goal for filing the defamation lawsuit was to clear his name and to appeal to the court of public opinion," he said. 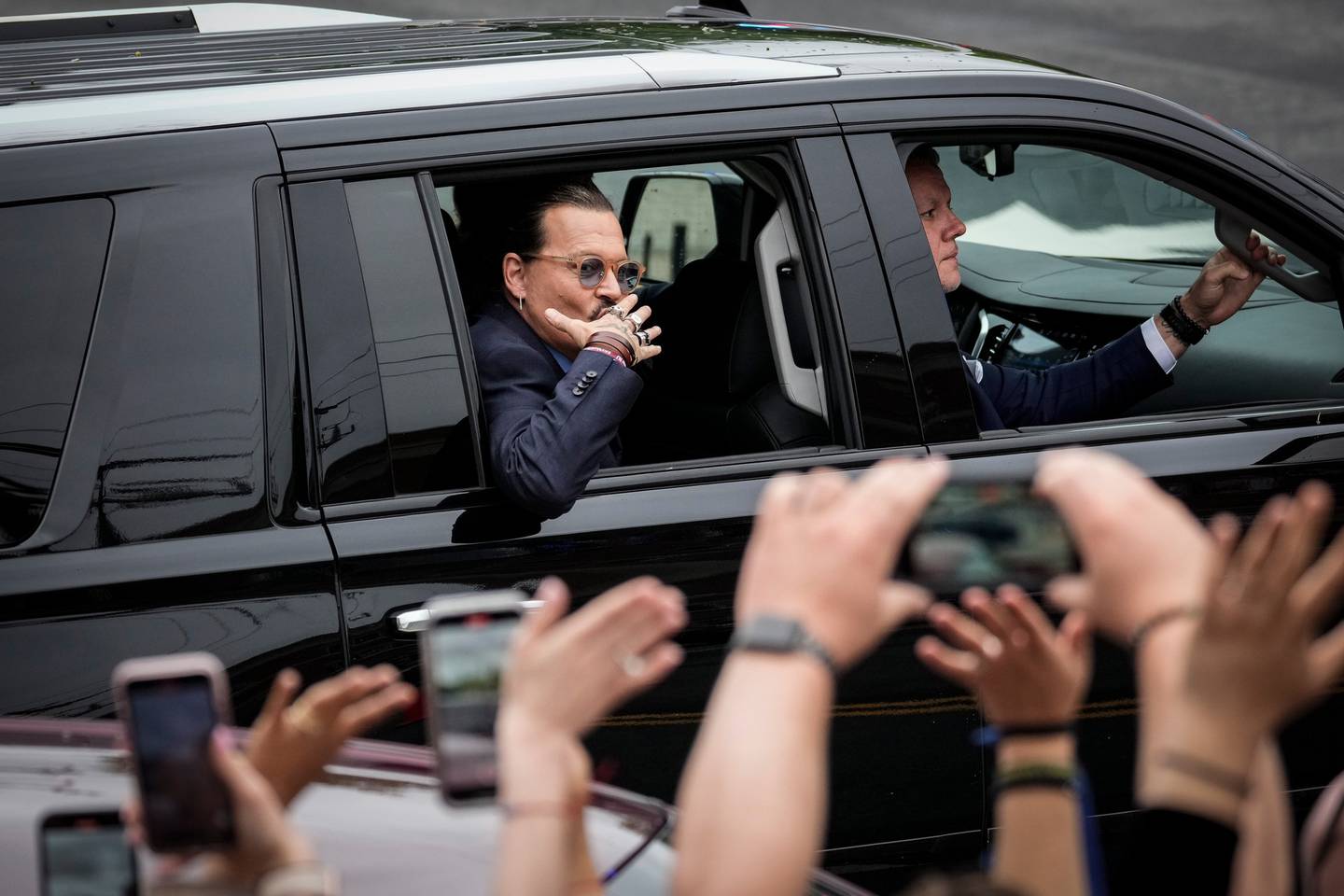 Johnny Depp blows a kiss to hundreds of supportive fans as he departs the Fairfax County Courthouse. Photo / Getty Images

Even from the very beginning of the trial, Depp was adamant his only objective was to "clear my name", for the sake of his children and peers in the film industry who still trusted him.

Industry experts are now saying the Pirates of the Caribbean actor's time on the stand has fully accomplished this goal.

Entertainment lawyer Mitra Ahouraian added that swaying the court of public opinion is "more important than the actual lawsuit".

He explained to the NY Post how the case isn't just about Depp winning the defamation claim, but also about using the court as a platform to tell his side of the story and clear his name in the public sphere

Although "certainly winning the lawsuit helps because it would establish that something untrue was said about him and that's a big deal," he said.

Depp was so focused on clearing his name he willingly opened up on darker issues from his past – like his life-long battles with alcohol and drugs.

However, Ahouraian notes how Depp's legal team also made sure to unpack Heard's allegations carefully, so they could put his actions into perspective.

"He went into this knowing that all of this was going to come out," Ahouraian observed. "'Fine, I do drugs, I battled addiction since I was young, but I am not a wife beater.' And that's all he's trying to say."

The trial has been live-streamed to the internet and drawn huge online discussion – most of which is heavily condemning of Heard. Ahouraian elaborates how this was exactly what Depp wanted, he just has to sit back and let his fans conduct a smear campaign against the Aquaman actress. 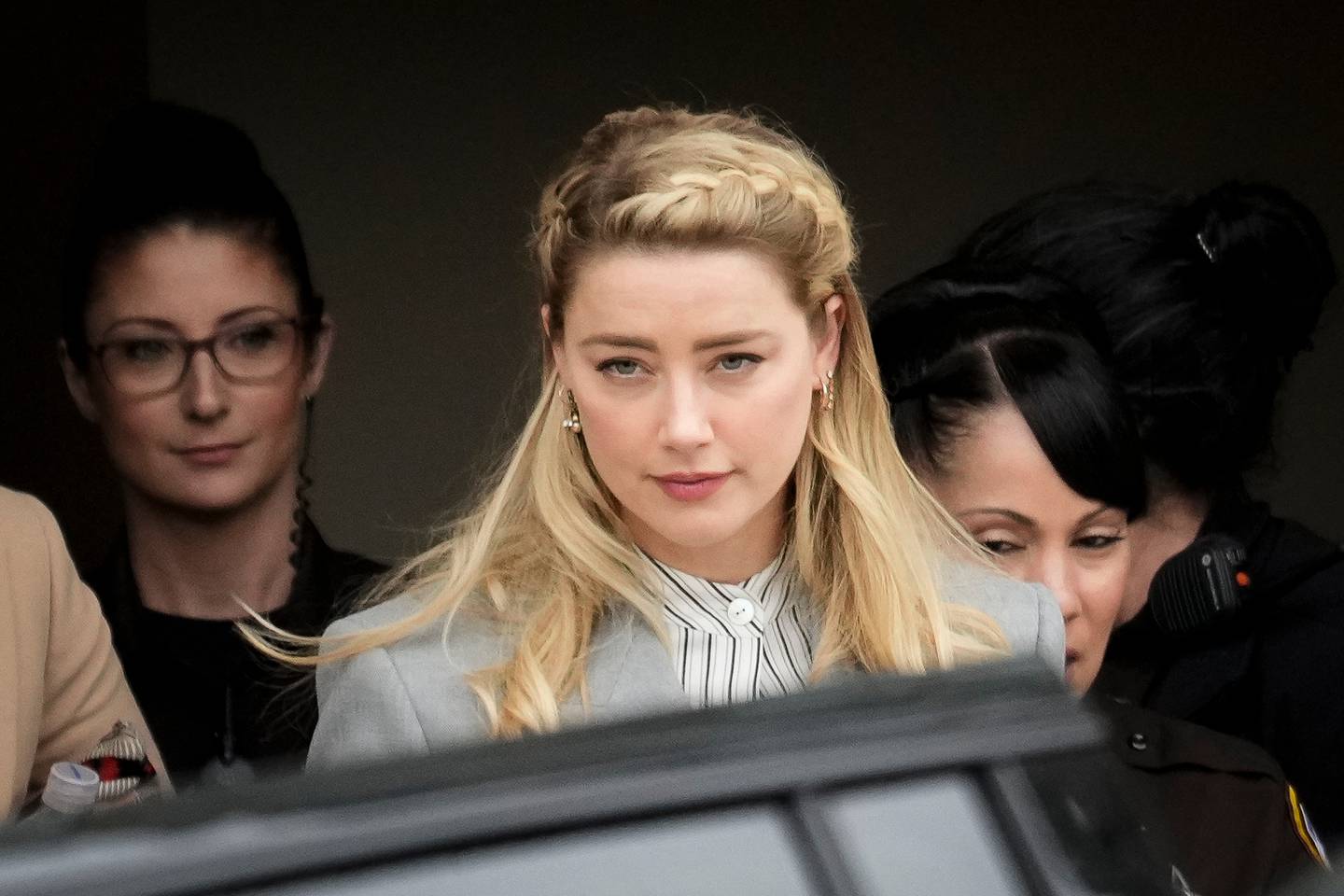 Johnny Depp, 58, is suing ex-wife Amber Heard for US$50 million (NZ$76.5m), claiming she defamed him in her 2018 Washinton Post op-ed where she described herself as a victim of domestic abuse.

Juda Engelmayer, the president of public relations firm Herald PR weighed in, agreeing that televising the trial was a huge blow to Heard's reputation in the public eye. Depp is able to use his natural charisma to play toward the camera, but Heard's every word, movement and facial expression are analysed by so-called "internet sleuths" and disseminated across social media to widespread mockery.

Heard's lawyers tried to block the usage of cameras entirely but were unsuccessful.

So, while Depp may come out of this "a little tarnished" and seen as "not a family man any more", Engelmayer says the trial has proven the vastness of Depp's fanbase and the immortality of his movie-star charm, both traits that could prove attractive to studios reconsidering the actor for new projects.

Unfortunately, Depp's future as a movie star depends on producers and investors, not his adoring fans.

"Now the question is, these fans who are rallying behind him, do they have more sway than a potential financier or investor who is still putting the risk up?" Ahouraian said. "If it were me, I would want to do drug checks. I need him on his best behaviour and he gets one shot."

Engelmayer believes Heard could still continue her career following the libel cases, acting in smaller roles and going on talk shows to discuss her experience.

But if the jury finds that Heard defamed Depp, then "her career would be done", Ahouraian declared.