Kate Moss flatly denied Johnny Depp pushed her down a flight of stairs – a rumour spread by Amber Heard – as she testified at the star-studded defamation trial.

In what could be the shortest testimony of the Depp v Heard trial – and could prove to be the most damaging to Heard – supermodel Moss took the witness stand on Wednesday.

The star's testimony took all of four minutes during which she denied a rumour, raised in court by Heard, that Depp had thrown the model down a staircase while the former couple were on holiday in Jamaica.

It's the first time Moss has discussed the allegations.

Moss' denial that she was attacked reduces the ability of Heard's legal team to show a pattern of behaviour from Depp of domestic violence.

Heard is being sued by Depp for US$50million ($77m) for implying he abused her in a 2018 Washington Post op-ed. Although she did not name him, he claims her allegations are false and cost him lucrative movie roles.

Heard has countersued, asking for US$100 million ($155m) and claiming she suffered "rampant physical violence and abuse" at his hands but was defamed when claims were made that she had manufactured the allegations. 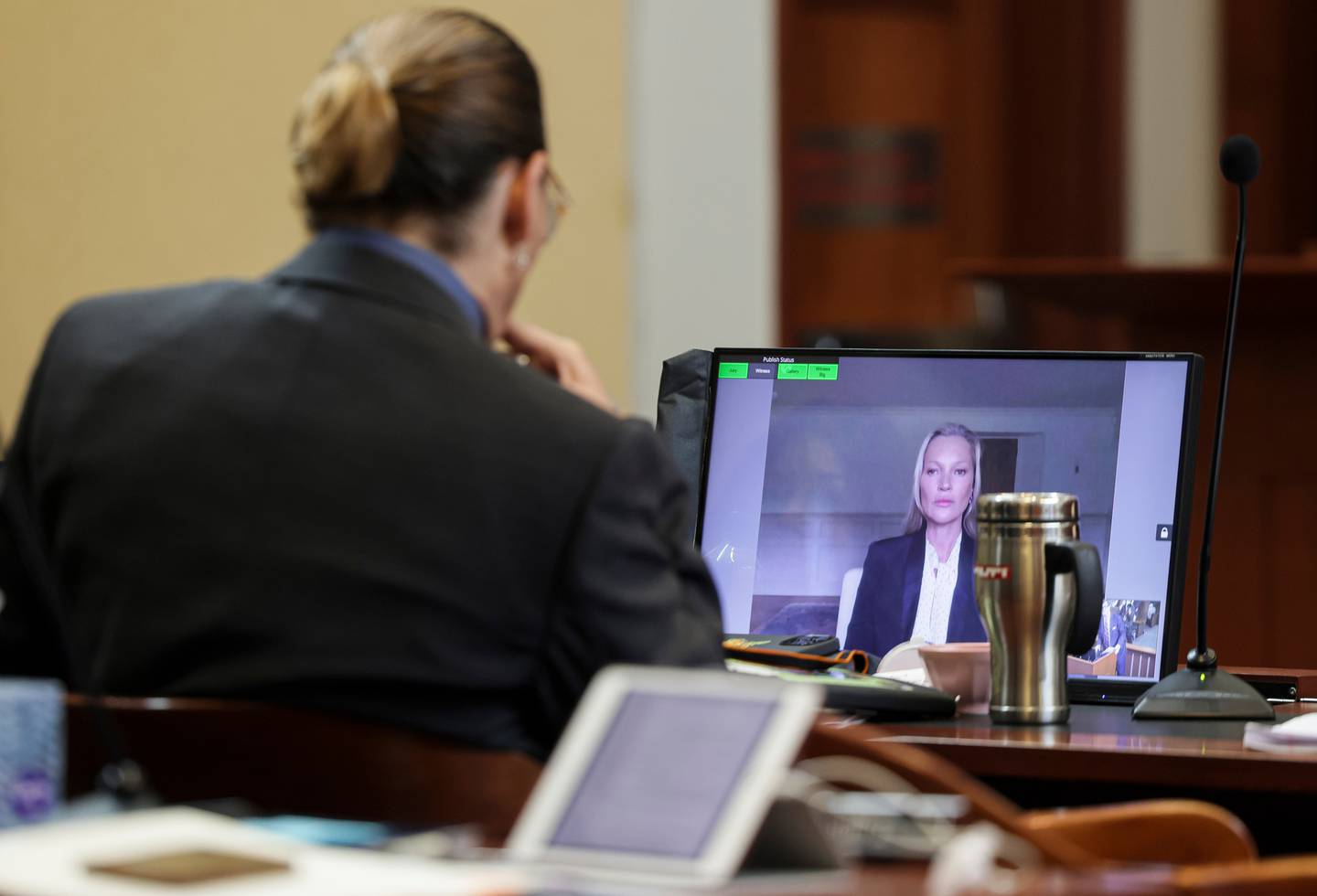 Moss was never due to be called to the stand.

But earlier in the trial, Depp's lawyers were seen to be celebrating when Heard suddenly brought up Moss during her testimony.

Heard told the court about an alleged fracas in 2015 between Depp and her sister Whitney Henriquez, which took place close to a staircase. Heard said she punched Depp because of her concern he could have pushed her sister down the staircase.

Heard added that she instantly thought about "Kate Moss and the stairs".

Those five words referenced a rumoured – but never confirmed – incident.

In Depp's UK defamation trial in 2020, Heard also brought up the alleged incident and said she had "heard" that Moss had been pushed down a staircase.

Conduct not related to the case in question is usually not allowed to be introduced by lawyers as it's not relevant. But Heard bringing up the incident of her own accord had given Depp the opportunity to call Moss as a witness to address the allegation, stated the New York Post.

Despite their break-up, Depp and Moss were thought to still be on good terms.

Moss appeared by video link from Gloucestershire in England's southwest. Questioned by Depp's team, she said she was in a relationship with the Pirates of the Caribbean star from 1993 to 1998.

"We were leaving the room and Johnny left the room before I did," said Moss.

"There had been a rainstorm. And as I left the room, I slid down the stairs and I hurt my back.

"I screamed because I was in pain and I didn't know what had happened to me and he came running back to help me and carried me to my room and got me medical attention," she added.

"Did Mr Depp push you in any way down the stairs or during the course of your relationship?" asked Chew.

"No. He never pushed me, kicked me, or threw me down any stairs."

It was an unequivocal response that will cheer Depp's team.

Depp's lawyers tried to continue questioning Moss but a lengthy discussion between the judge and the opposing legal teams beforehand appeared to limit what events Moss could speak to.

The trial continues today with Depp's team calling a slew of witnesses to rebut some of the accusations made by Heard's lawyers. It's possible that Depp himself may retake the stand on Wednesday.