Amber Heard's sister has taken the stand as the bitter defamation trial between Johnny Depp and Heard continues.

Whitney Henriquez one of the latest witnesses to testify in the explosive trial claiming her sister became increasingly more isolated and unhealthy during her relationship with Depp.

Fox News reported the sister said, "In hindsight, it was like watching a slow-motion gunshot," she said. "She was so physically unwell [at the end] that she maybe weighed 100 pounds [45kg] soaking wet."

Henriquez went on to allege Depp had full control over Heard by choosing her clothing, friends and even her medical care.

Heard's sister who was living rent free in one of Depp's Los Angeles penthouse apartments in 2015 went on to recall an event where Heard arrived, "I woke up to Amber in my bedroom saying, 'Can you believe he's cheating on me?'"

Henriquez claimed she told her sister to stay put while she went to confront Depp.

The Pirates of the Caribbean actor allegedly admitted to the affair and said "Amber made me do it". Heard then joined the pair on the upper-level mezzanine floor where she and Depp began shouting at each other. Henriquez attempted to comfort her sister alongside nurse Debbie Lloyd when Depp allegedly threw a Red Bull can at Lloyd which instead hit Henriquez.

"I'm standing up there with my back to the stairs. That's when Johnny runs up the stairs," Henriquez claimed. "He comes up behind me, strikes me in the back. I hear Amber shout don't hit my f***ing sister. She smacks him, lands one."

Henriquez claimed a security guard had to step in when Depp grabbed Heard by the hair and repeatedly punched her "in the face".

Both Heard and Depp have given differing testimonies regarding the alleged incident. Heard claimed she hit Depp because she was under the impression he was going to push her sister down the stairs.

She testified earlier in the trial saying, I don't hesitate, I don't wait – I just, in my head, instantly think of Kate Moss and stairs."

"I, for the first time, hit him, square in the face. And he didn't push my sister down the stairs. Up to that point in our relationship, I hadn't even landed one on Johnny".

Heard was referring to an incident in 1994 when Depp and his then girlfriend, Moss got into a heated argument resulting in Depp being arrested that night. Rumours later circulated claiming Depp pushed Moss down a flight of stairs however this has never been proven.

Henriquez went on to testify that Depp called her sister "awful names" and claimed she noticed cuts, bruises and redness on Heard during the couple's relationship.

Heard's friend, Raquel Pennington also testified she never personally witnessed Depp strike Heard. But she said she saw the injuries, and she took photos of Heard's face in December 2015 after a fight in which Heard says Depp head-butted her and perhaps broke her nose. 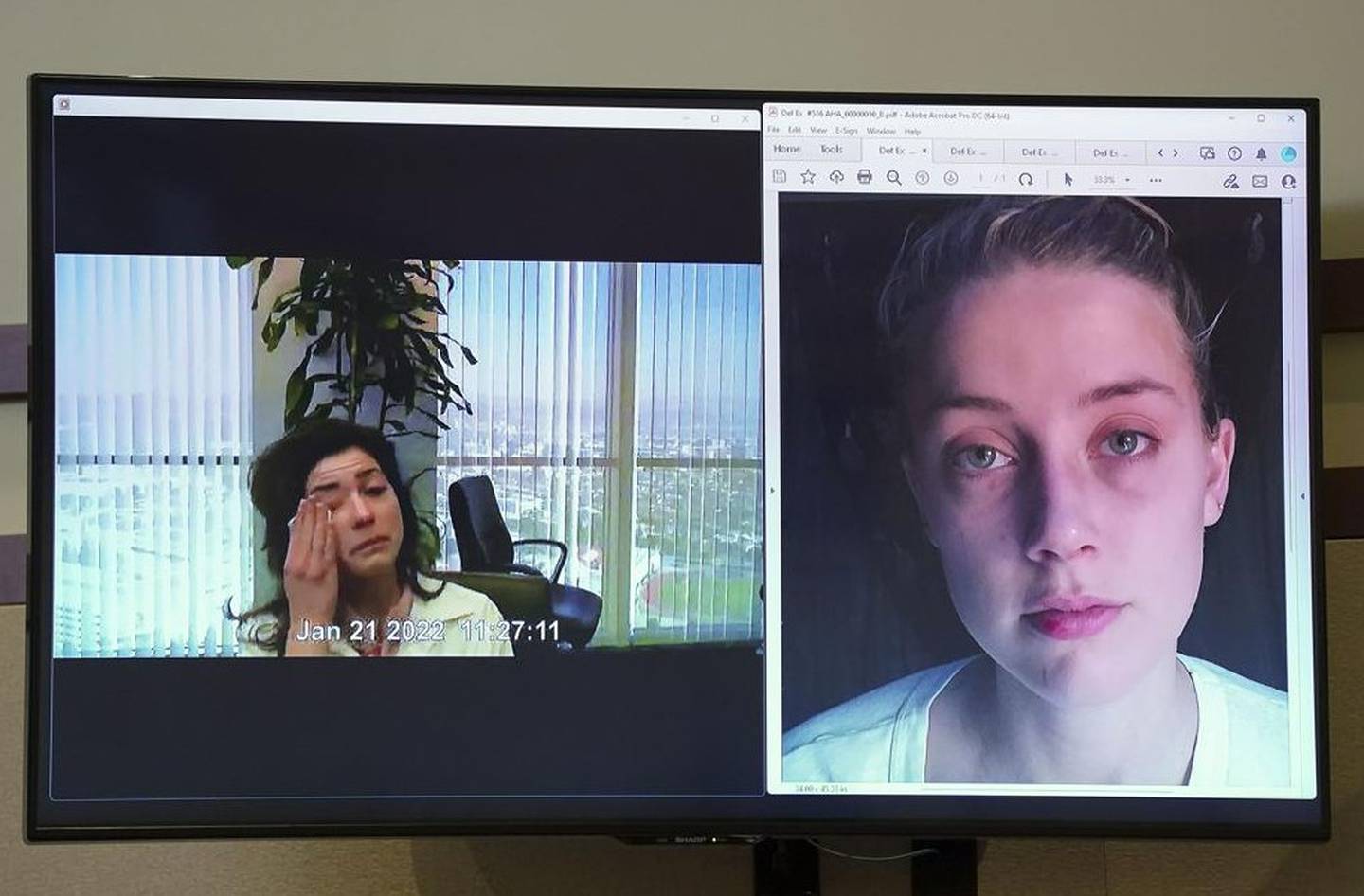 Raquel Pennington said she took photos of Heard's face in December 2015 after a fight in which Heard says Depp head-butted her and perhaps broke her nose. Photo / AP

Heard "often had to cover bruises and injuries on her face" with makeup, Pennington said in a pre-recorded deposition that was played to the court.

Heard is currently being sued by Depp for US$50 million ($78m) for implying he abused her in a 2018 Washington Post op-ed. Although she did not name him, he claims her allegations are false and cost him lucrative movie roles.