Attorneys for actor Amber Heard spent much of last week trying to portray her ex-husband, Johnny Depp, as a jealous and drunken abuser who can only blame himself for his nose-diving Hollywood career.

Since Heard concluded her testimony in a Virginia courtroom Tuesday, her lawyers have presented witness testimony from people who were once close to Depp but shunted from his orbit. They've included Depp's former long-time agent, the actor Ellen Barkin and Heard's sister.

The attorneys' goal: Undermine Depp's libel suit against Heard. The suit claims she falsely portrayed him as a domestic abuser and cost him his lucrative film career, including the "Pirates of the Caribbean" movie franchise.

Depp points to a 2018 Washington Post op-ed in which Heard described herself as "a public figure representing domestic abuse". Depp's lawyers say he was defamed by the article even though it never mentioned his name.

The trial will enter its sixth week when it resumes Monday. Below are snippets of testimony from some of the witnesses called last week by Heard's attorneys in their attempt to poke holes in Depp's case.

Depp blames Heard's 2018 op-ed for spinning his career into free fall. But Heard's lawyers claim that only Depp can be responsible for his star dimming in the Hollywood firmament. 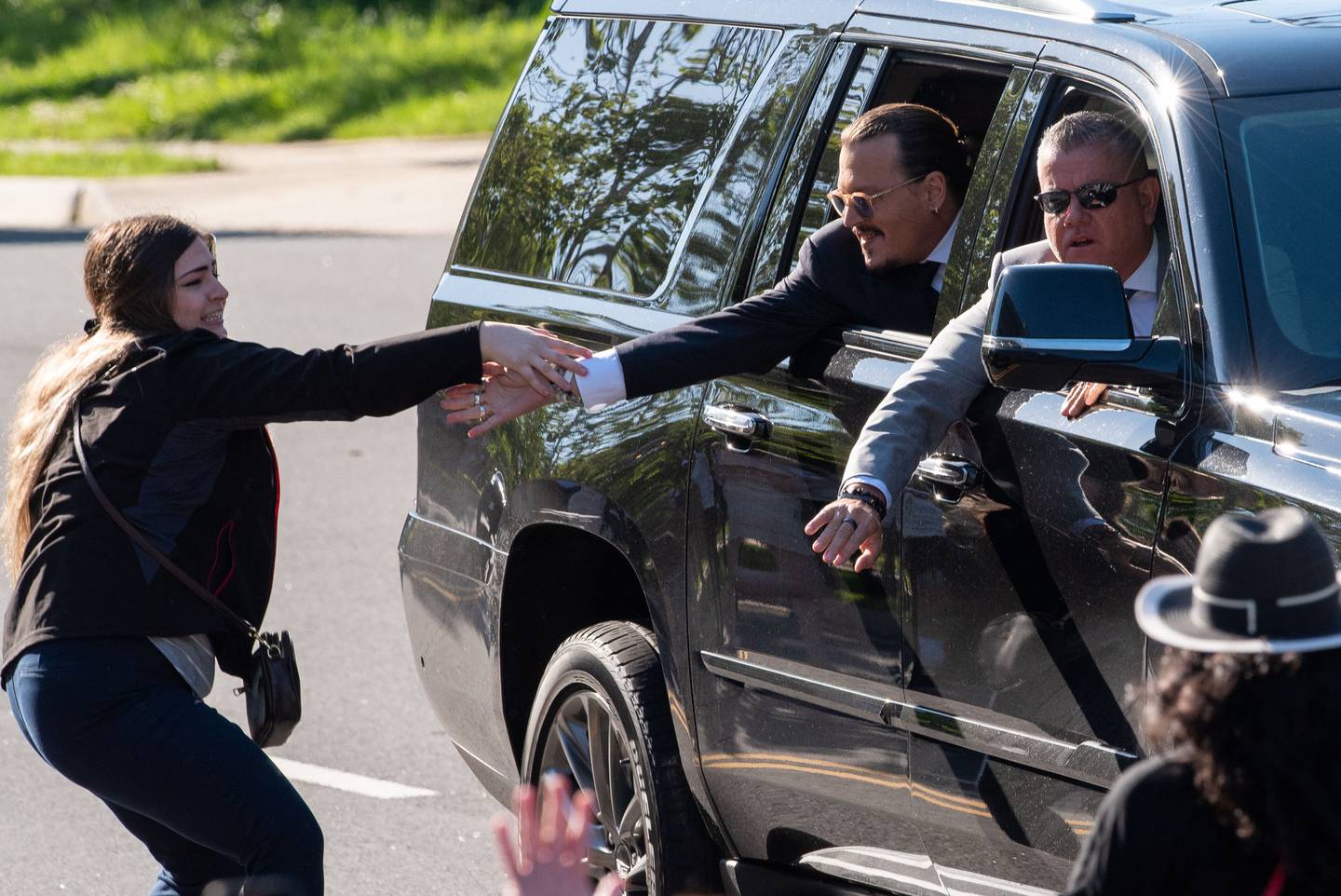 Johnny Depp reaches out to his fans as he arrives outside court during the Johnny Depp and Amber Heard civil trial at Fairfax County Circuit Court. Photo / Getty Images

Tracey Jacobs, who served as the actor's agent for about 30 years, said that Depp was "showing up late to set consistently on virtually every movie" during their final years working together.

"I was very honest with him and said, 'You've got to stop doing this – this is hurting you'," Jacobs said during a previously taped deposition that was played for jurors. "And it did."

In the years before he fired her in 2016, Jacobs said that Depp became increasingly unprofessional, while his drug and alcohol use rose.

She also said that Depp wore earpieces on movie sets so that lines from the script could be fed to him.

"Initially, crews loved him because he was always so great with the crew. But crews don't love sitting around for hours and hours and hours waiting for the star of the movie to show up," Jacobs said.

"And it also got around town," Jacobs added. "I mean, people talk, it's a small community. And it made people reluctant to use him."

Heard's lawyers also zeroed on the reported loss of Depp's role in the sixth Pirates of the Caribbean film. And they played the video deposition of Tina Newman, a Walt Disney Studios production executive.

Lawyers asked her: "Are you aware of any decision maker within Disney who has ever said they are not casting Johnny Depp in Pirates 6 – or any other role – because of Amber Heard's op-ed?"

Depp's alcohol and drug use

Depp has testified that he never struck Heard and that he was the victim of abuse inflicted by his now ex-wife. Heard's lawyers counter that Depp did abuse her, both physically and sexually, and that he can't deny what happened because he was often too intoxicated to remember.

Jurors heard recorded testimony from a mutual friend of the couple, iO Tillett Wright, who said Depp confided to him that he hated sobriety.

"He wanted to get sober for Amber," Tillett Wright said. "He didn't enjoy being sober. It wasn't fun, and that it was distressing and exhausting and very hard to do. He really, really resented having to be sober."

Tillett Wright said Depp's personality turned mean and paranoid when he was using alcohol or drugs.

Bruce Witkin, a musician who was friends with Depp for nearly 40 years, testified in his deposition that he tried to help Depp with his substance abuse.

Actor Ellen Barkin, who dated Depp for a few months in the 1990s, said during her deposition that Depp was "always drinking or smoking a joint" or doing other illegal drugs. 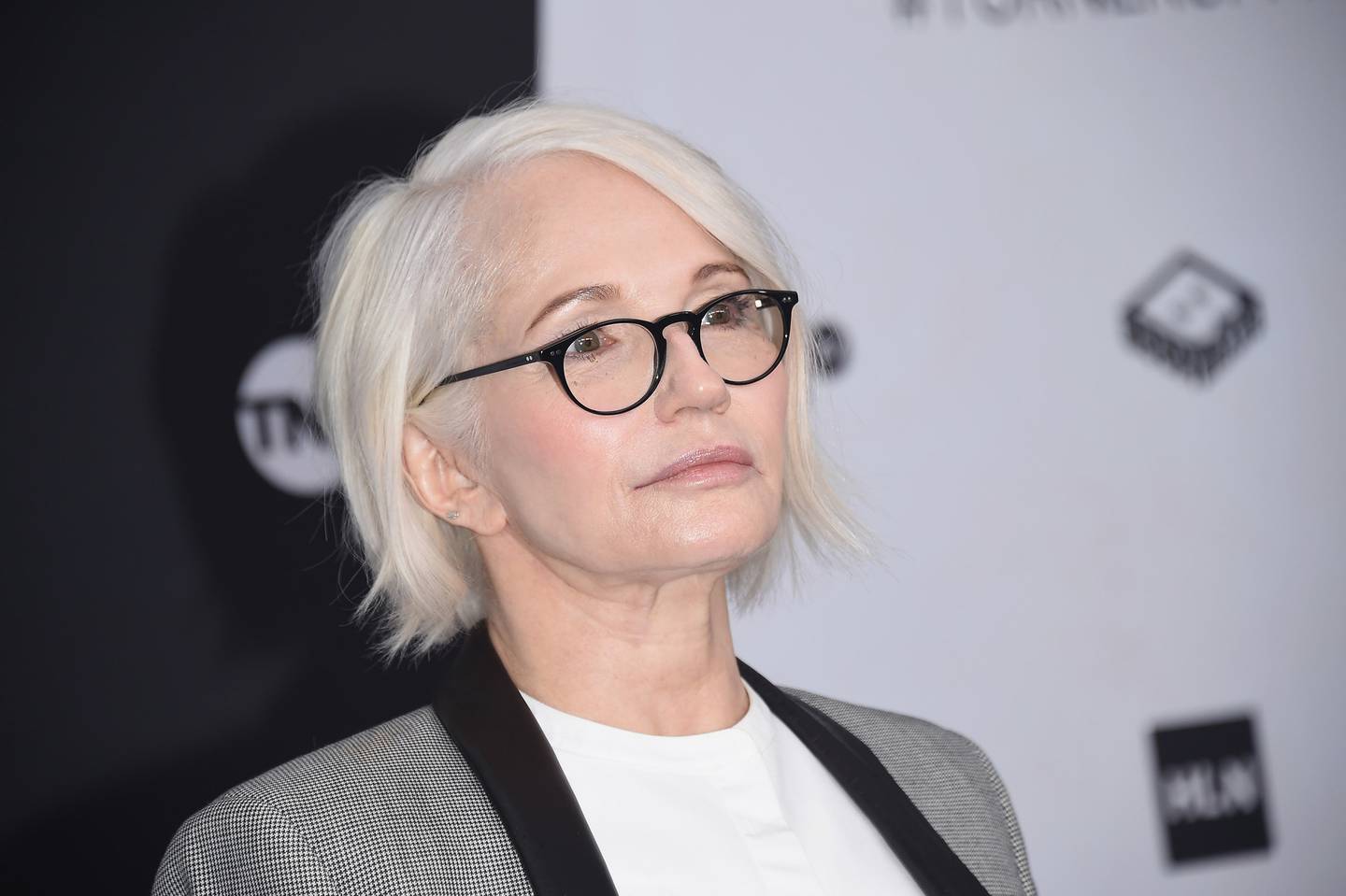 Actress Ellen Barkin said during her deposition that back when they dated, Depp was almost always drinking and doing illegal drugs. Photo / Getty Images

Was Depp a jealous lover?

To hear Barkin tell it – yes.

Barkin said that Depp was controlling, jealous and angry. She said Depp would often ask her: "Where are you going? Who are you going with? What did you do last night?"

She added: "I had a scratch on my back once that got him very, very angry because he insisted it came from me having sex with a person who wasn't him."

Witkin, the musician and former Depp friend, said the actor displayed signs of jealousy in relationships going back to the 1980s, when Depp was married to Witkin's sister-in-law.

"When he was younger, he was jealous of Nick Cage and jealous of Adam Ant because my sister-in-law knew them," Witkin said.

There also were a few times when Depp became jealous during his relationship with French singer Vanessa Paradis, "which were ridiculous".

"A lot of it was in his head and not really in reality," Witkin said.

Depp's jealousy with Heard emerged when she was off filming a movie "or doing something that he couldn't be around to see what was going on", Witkin said. "I think he would work himself up."

Henriquez testified the fight occurred in March 2015 – a month after Depp and Heard's wedding – when Heard found evidence that Depp had already had an extramarital affair.

Henriquez recounted that an inebriated Depp blamed Heard for forcing him into the extramarital encounter.

At one point, she said, she was caught between Depp and Heard as he charged up a staircase to confront Heard. Henriquez said she was struck in the back, and Heard became enraged and "landed one" on Depp.

One of Depp's bodyguards intervened, but "by that time Johnny had already grabbed Amber by the hair with one hand and was whacking her repeatedly in the face with the other", Henriquez said.

It was the only time, Henriquez said, that she personally witnessed a physical assault. But she said she saw the aftermath of other fights, including bruises on Heard.

However, Henriquez acknowledged on cross-examination that she sided with Depp at times in their disputes, and said she worked to keep the couple together even after she watched her sister be physically assaulted.

"If my sister said that she still wanted to be with Johnny and if I could help with that in any way I was going to support her," she said.

Sexual harm – Where to get help

If it's an emergency and you feel that you or someone else is at risk, call 111.
If you've ever experienced sexual assault or abuse and need to talk to someone, contact Safe to Talk confidentially, any time 24/7:
• Call 0800 044 334
• Text 4334
• Email [email protected]
• For more info or to web chat visit safetotalk.nz
Alternatively contact your local police station – click here for a list.
If you have been sexually assaulted, remember it's not your fault.

Where to get help: https://www.healthpoint.co.nz/mental-health-addictions/