Amber Heard has clashed with Johnny Depp's legal teamdenying repeated claims she was telling "lies" and that Depp was the real victim in their relationship.

The trial is now drawing to a close with Heard called back on the stand on Thursday as the final witness.

Closing arguments will be heard on Friday with a likely verdict next week following Monday's Memorial Day holiday in the US.

A tearful Heard also said she had been left "humiliated" and that the trial had led her to be targeted with threats of violence. 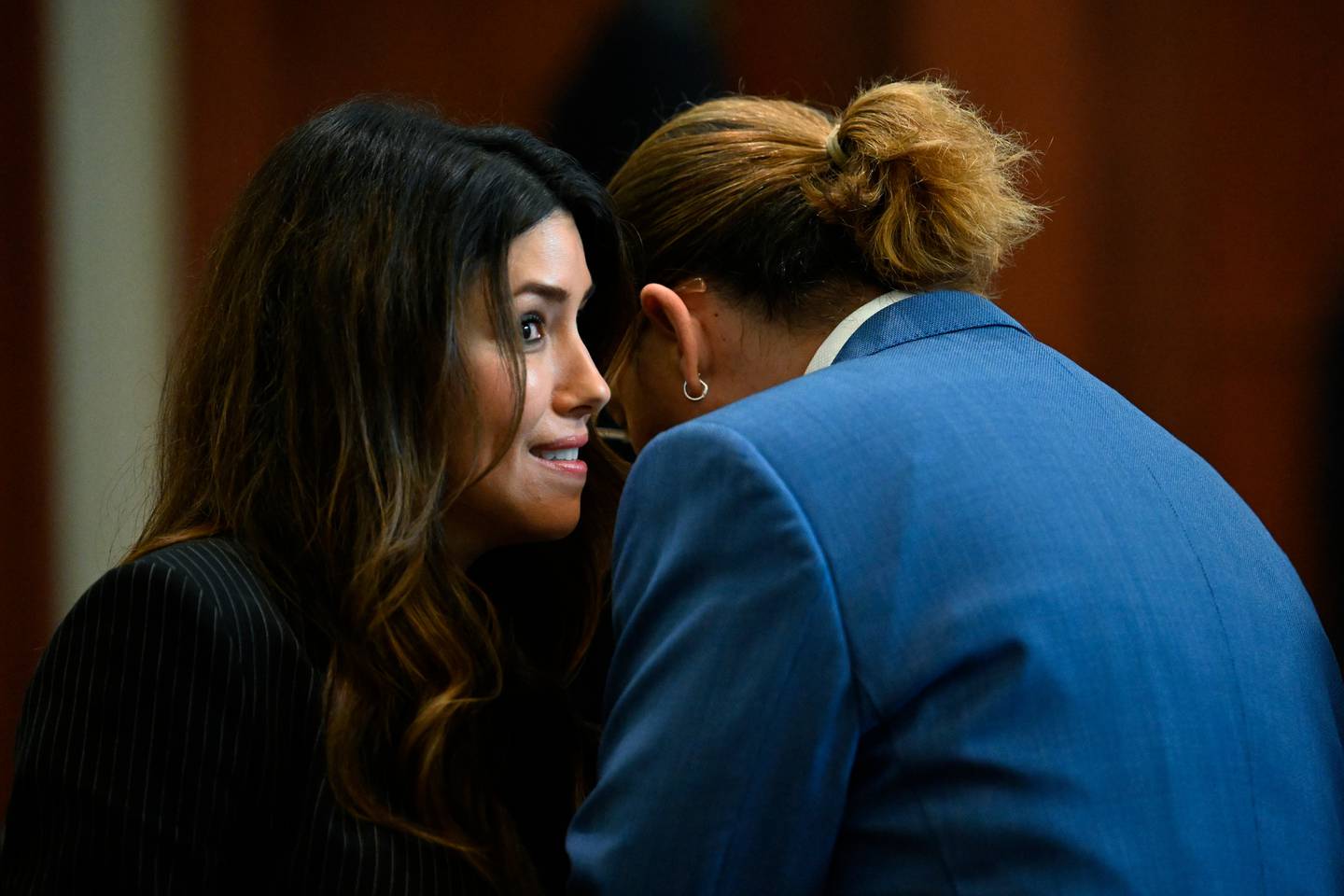 Thursday's session also heard from an imaging expert who pushed back on claims from Depp's team that Heard may have digitally altered images of her alleged bruises.

The Aquaman star is being sued by Depp for US$50million ($77m) for implying he abused her in a 2018 Washington Post op-ed. Although she did not name him, he claims her allegations are false and cost him lucrative movie roles.

Heard has countersued, asking for USS100m and claiming she suffered "rampant physical violence and abuse" at his hands but was herself defamed when claims were made that she had manufactured the allegations.

Heard: 'I was harassed and humiliated'

Heard was called back to the stand as a rebuttal witness by her legal team. It followed Depp being recalled on Wednesday.

She was asked to explain what effect media statements made in 2020 by Adam Waldman had made on her life.

Waldman was Depp's lawyer and was quoted as saying Heard's claims of abuse against Depp were a "hoax". She has said he made these statements with the knowledge of Depp, claims Depp has denied.

"I am harassed, humiliated, threatened every single day even just walking into this courtroom," Heard said.

"Johnny promised me that if I ever left him, he'd make me think of him every single day that I live. "In the harassment and humiliation, the campaign against me that's echoed every single day on social media. And now in front of cameras in this room. Every single day I have to relive the trauma.

"Perhaps it's easy to forget but I'm a human being."

Depp lawyer: 'Your lies have been exposed'

"Your lies have been exposed to the world," Vasquez said.

"I haven't lied about anything," said Heard.

Vasquez told Heard that it was she who had tipped off TMZ that she was going to be at a Los Angeles courthouse to file a restraining order against Depp, so the gossip website could snap paparazzi pics of her allegedly bruised face.

"I did not call TMZ or any other news source or paparazzi source, no one," Heard said.

"What actual survivor of domestic violence wants that?" Vasquez produced images from what she said was the day following the restraining order of Heard and a friend laughing with no bruise visible.

Heard said she had no idea if it was the next day, or whether it was much later. She added that she usually wore makeup so if it was the following day the bruise may have been covered.

The two further came to blows when Vasquez showed Heard an image of a spilled wine bottle on a floor and asked her to identify it as being taken after a December 15, 2015, fight between her and Depp. Heard has testified to the date earlier in the trial.

But Heard struggled to confirm the picture was from that incident, despite it being introduced as evidence by her legal team.

Vasquez then brought up an identical image and said Heard had identified that as being taken on May 21, 2016, some five months later.

A back and forth ensued between the two with Heard telling Depp's lawyer to simply look at the metadata on the images to clear the date confusion up. 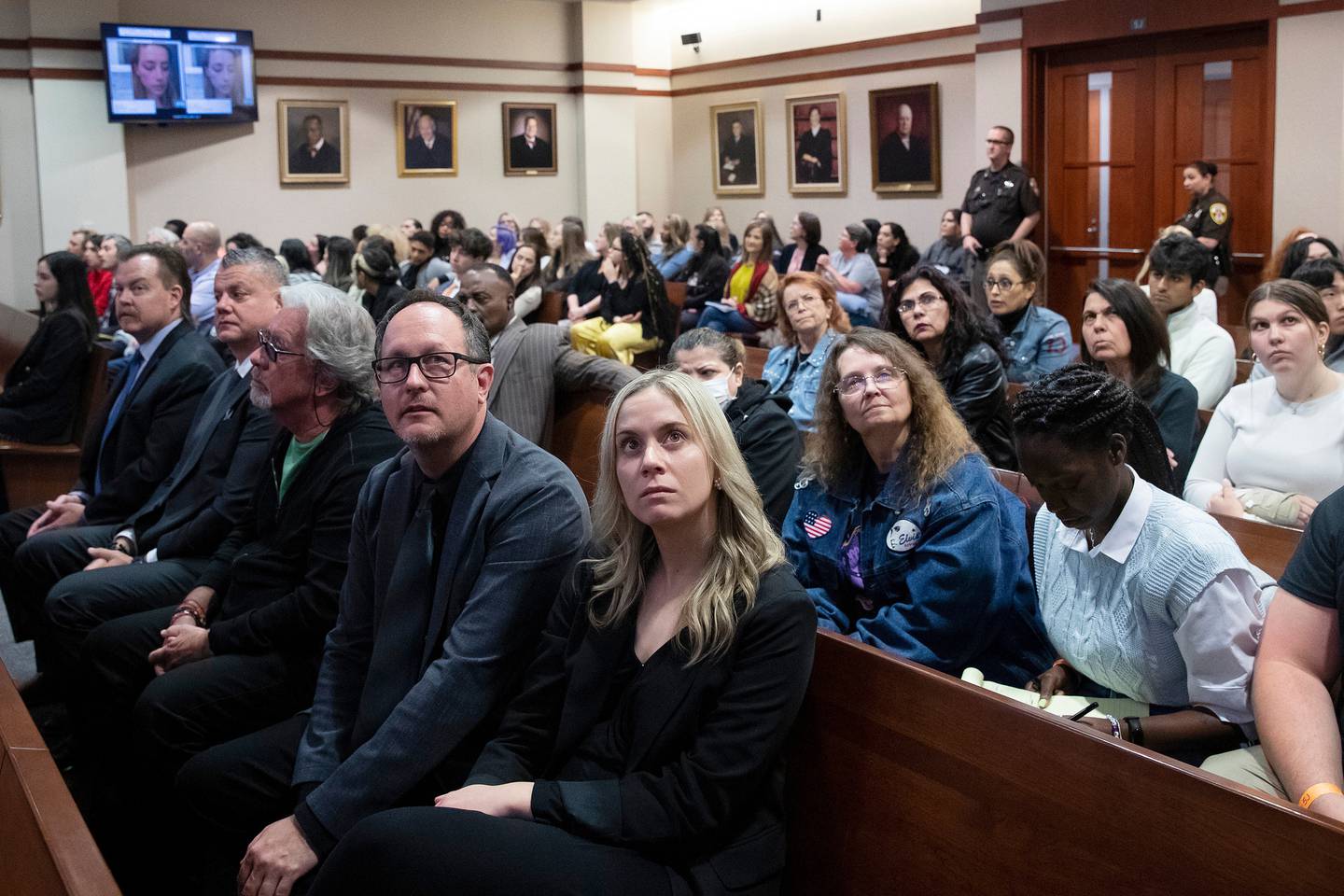 "If you were telling the truth, you would know [the date]," said Vasquez.

"There's a portion of spilt wine on a floor and I'm supposed to know [the date] off the top of my head when you live through five years of this stuff?" Heard said.

Heard was later asked by her lawyer Ben Rottenborn why she might be confused as to when the incident occurred.

"Because there were so many incidents of violence, there's so many pictures," replied Heard.

"Most people don't have this kind of evidence for years."

Vasquez also challenged Heard and asked if she agreed that she "didn't expect" so many people to go into the witness box to defend Depp against her allegations. "Incorrect," said Heard. "I know many people would come out of the woodwork to be supportive of Johnny.

"That's his power, that's why I wrote that [Washington Post] op-ed. I was speaking to that phenomenon of how many people will come out and support him and fall to his power.

"He is a very powerful man and people love currying favour with powerful men."