There has been yet another shocking twist in the Johnny Depp v Amber Heard defamation case.

A recent deposition has revealed Heard attempted to reconcile with her ex-husband in 2017, one year after the pair had called it quits.

Christian Carino, a talent agent who has represented both Heard and Depp during their careers, was called to the stand this week to share details about Heard's past attempts of reconciliation with her ex-husband.

In a pre-recorded deposition, the talent agent shared details of his close friendship with Heard in 2017 and how she would text him saying she wanted to tell Depp she was sorry.

The texts that were read aloud by Depp's legal team said, "I've written so many notes. Can you give him one? I don't know how or where to start. There's no way to begin and all I have to say, but I have so many. Finally I am single, clear in my heart and mind. I just want him to know I love him and that I am sorry."

The texts were sent in August 2017, the same month the actress' relationship with Elon Musk ended. Carino told the court he "believed" the texts were a way of Heard attempting to reconcile with Depp. Old texts revealed Heard attempted to reconcile with her ex-husband in 2017. Photo / AP

Another text Heard sent to the talent agent in September 2017 read "God I miss him," referring to Depp.

In June 2018 she text Carino again to say, "I text him happy birthday."

The news of the texts comes after another shocking day of the ex-couple's bitter legal battle where it was revealed Heard threatened Depp with a restraining order in 2016 if he didn't fulfil her divorce demands.

Heard's list of demands included her ex-husband paying more than US$100,000 ($153,000) for her legal and accounting fees as well as the expectation he would pay for a black Range Rover that she would continue to have "exclusive use and possession" of.

The actress also demanded to live rent-free across a total of three Los Angeles penthouses owned by Depp and for the divorce case to be assigned to a private retired judge with fees being split evenly between each party. 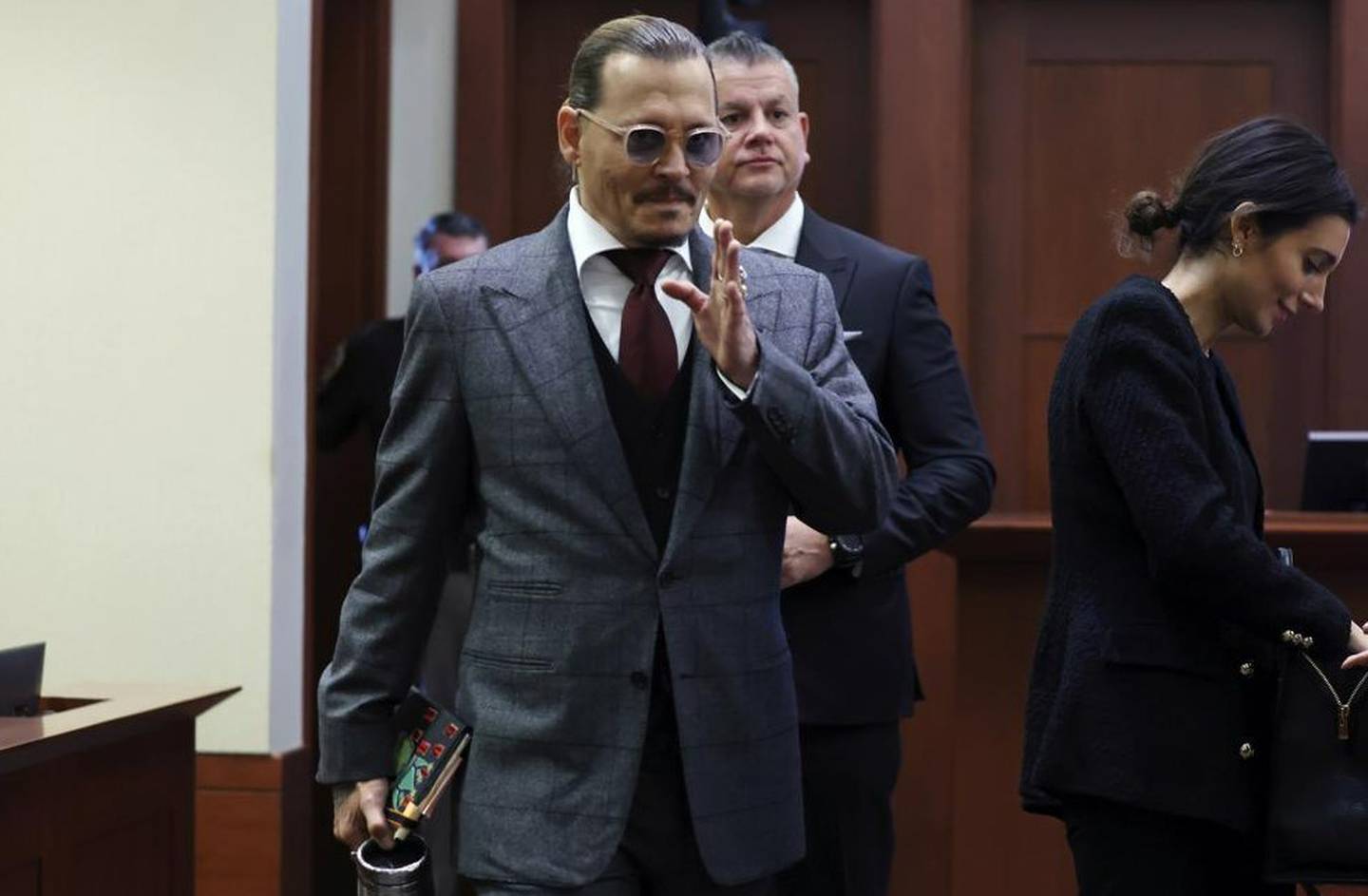 Johnny Depp has alleged his ex-wife's domestic abuse claims made him a Hollywood outcast. Photo / AP

The letter of demands stated the actor would be "personally served" with a temporary restraining order if he did not agree to the demands.

Heard's attorney wrote, "If the requested Notice is not signed and the original executed form is not returned to me by May 27th, we would have no alternative but to arrange for Johnny to be personally served."

Depp brought the current defamation suit against his ex-wife after Heard wrote an op-ed for the Washington Post in 2018 in which she alleged she had been a victim of domestic abuse.

While Depp was not named in the op-ed, the actor's lawyers said it was a clear reference to accusations Heard made when she sought a restraining order against him in 2016.

Depp has claimed the accusations and the article made him a Hollywood outcast, costing him his role in the lucrative Pirates of the Caribbean movie franchise.