Amber Heard said she knew she should leave Johnny Depp the first time he hit her, but she couldn't bring herself to do it.

"I knew I couldn't just forgive him, right, because that means it will happen again. Like, I've seen the health class videos," Heard told jurors through tears as she took the stand in Depp's libel lawsuit against her. "I was heartbroken."

Heard said she walked away after being slapped, but a few days later Depp came back with an apology, a few cases of her favourite wine, and a promise he'd never do it again.

"I wanted to believe him, so I chose to," she said.

Depp, 58, is suing Heard for libel in Fairfax County Circuit Court after she wrote a December 2018 op-ed in The Washington Post describing herself as "a public figure representing domestic abuse". The article never mentions Depp by name, but Depp's lawyers say he was defamed nevertheless because it clearly referred to accusations she made in 2016 during their divorce proceedings.

Much of the trial has focused on whether Heard was in fact abused, something Depp denies. 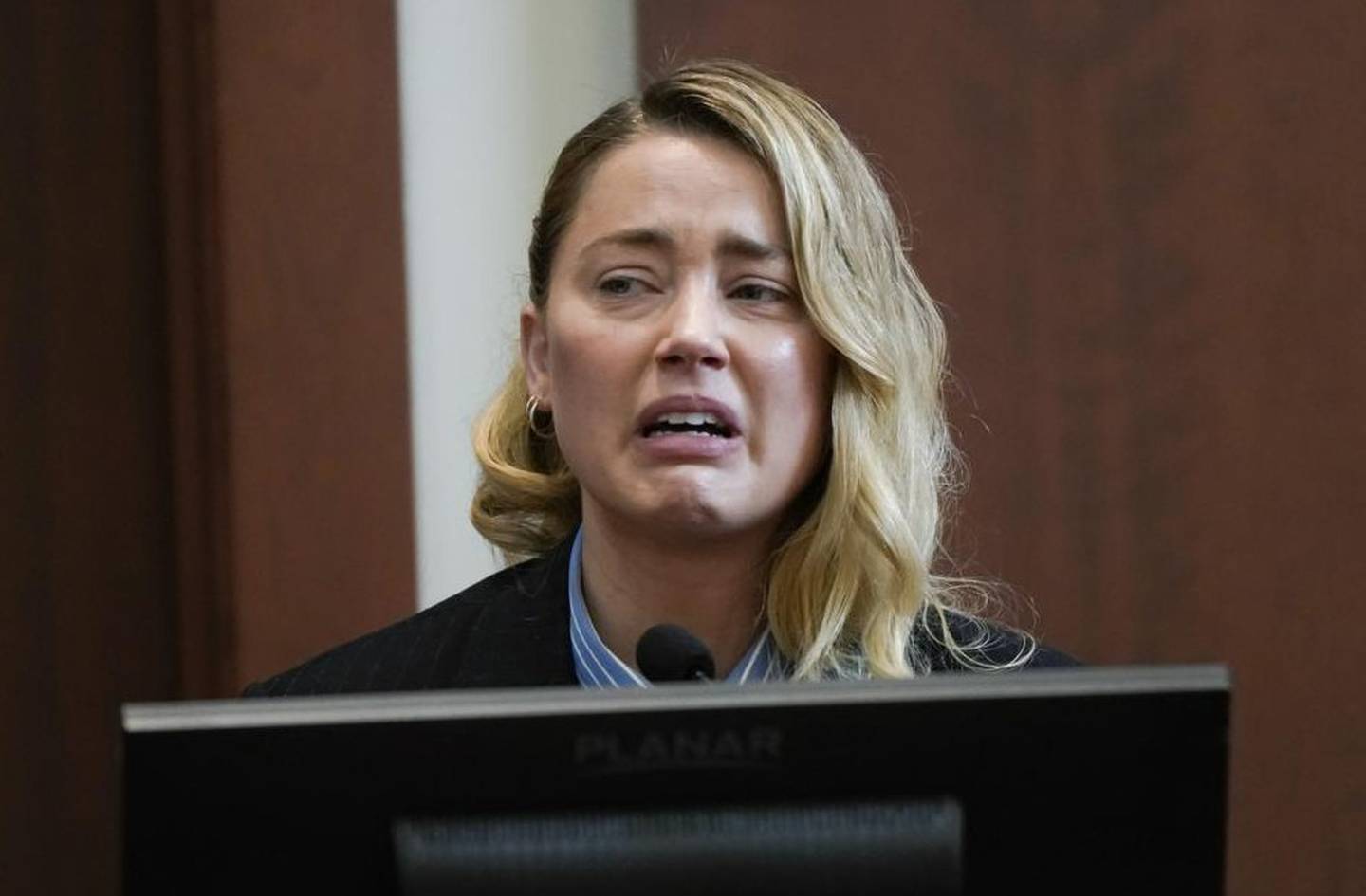 As Heard took the stand for the first time, she also described a time she said she was sexually assaulted by Depp as he angrily performed what he called a "cavity search".

She said the two of them and some friends had gone to the Hicksville Trailer Palace in Joshua Tree, California, in May 2013 for what was going to be a nice night in the desert. They ingested psychotropic mushrooms, and Depp became jealous when he saw another woman acting in what he perceived as a flirtatious manner with Heard.

Heard said she and Depp went into one of the trailers, which he promptly trashed. He then accused her of hiding his drugs, ripped her dress and started patting her down, she said.

"He was telling me, 'We're going to do a cavity search'," she said through tears. "He just shoved his fingers inside me. I just stood there, staring at the lights."

Heard began her testimony describing to jurors how they met filming a movie and fell in love. 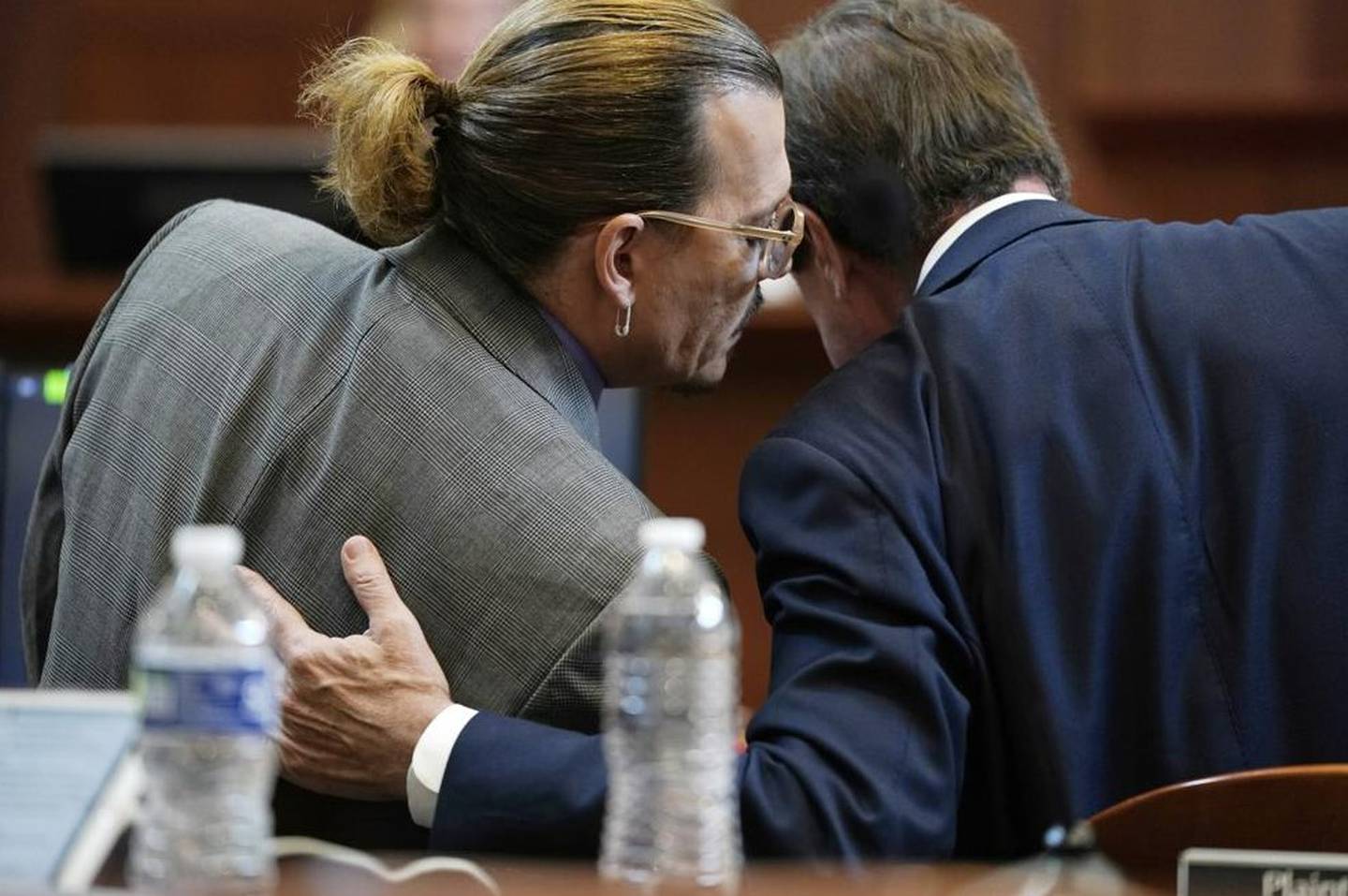 Despite their 22-year age difference, Heard said there was an instant connection when Depp met with her as he considered her for a role in his film The Rum Diary.

"I was a no-name actor. I was 22. He was twice my age. He's this world famous actor and here we are getting along about obscure books, old blues music," said Heard, now 36.

While they had chemistry during filming of the movie, she said they didn't begin dating until doing a press tour for the film's release in 2011. At the outset, they kept their relationship a secret.

"We weren't doing normal life stuff ... We were in this bubble of secrecy, and it felt like a warm glow," she said.

She said that first act of physical violence came in 2013 as she was looking at one of his tattoos and couldn't read it. She laughed when Depp told her it said "Wino" — an alteration to a tattoo he had made when he'd been dating actor Winona Ryder.

Heard said she laughed again after he slapped her, thinking it must be a joke. He then slapped her two more times, the third time knocking her off balance, Heard said.

Depp, who has already taken the stand and testified for four days, told jurors a different version of the story.

"It didn't happen," he said of the alleged assault. "Why would I take such great offence to someone making fun of a tattoo on my body? That allegation never made any sense to me."

Through most of Heard's testimony, Depp stared down at the table in front of him.

Heard said Depp's violent episodes were usually triggered by some combination of jealousy and drug or alcohol use.

Depp has testified that he doesn't have a problem with alcohol and is famously capable of handling his liquor. He admitted to a problem with prescription pills but said he overcame it.

Depp's family, friends and employees have similarly downplayed the notion that Depp struggled with alcohol. Heard said that was a big part of the problem. She said almost everyone around Depp was charmed by him and excused his bad behaviour.

Heard's testimony has been highly anticipated in a trial that has reached its fourth week. Depp's legions of supporters have questioned, among other things, why Heard would have stayed in a relationship where she was a victim of abuse.

"When it was good, it was so good. I'd never felt love like that," she said. "But he was also this other thing. And that other thing was awful."

Sexual harm - Where to get help
If it's an emergency and you feel that you or someone else is at risk, call 111. If you've ever experienced sexual assault or abuse and need to talk to someone, contact Safe to Talk confidentially, any time 24/7: