Warning: This article discusses a suspected suicide and could be distressing to some readers.

Television host Jeremy Kyle is facing further scandal as a past guest and another participant's family claim they lost loved ones who took their own lives after appearing on the show.

A past guest claims his ex-wife died after making an appearance on the show in 2005, while another says her son took his own life after he was kicked out of Jeremy's rehab care.

Former guest Paul Pawson has broken his silence, claiming his 33-year-old wife took her own life after he dumped her following the advice of Jeremy Kyle in 2005.

Paul appeared on Kyle's show Britain's Worst Husband in a bid to revive the couple's 18-year marriage. But Paul was pressured to leave his wife.

Now he says Jeremy has destroyed him and his daughter's life following the death of his wife.

"If it wasn't for the show, she'd still be here. I blame Kyle," Pawson said.

"I think Kyle thrives on destroying people's lives. As far as I'm concerned, he destroyed mine and my daughter's life.

"He's very aggressive to people he doesn't know, he shouldn't be like that. He's very full on and in your face."

In a separate case, it is also alleged Paul McCarthy took his own life after being kicked out of the TV presenter's post-show rehab.

The 21-year-old died four months after appearing on the show to help cure his alcohol addiction in 2014.

He was offered a stint in rehab as part of the show's aftercare but was kicked out after just three weeks.

"He might have been violent or destructive but wasn't it wrong to just let him go?" his mother Carol, 61, told the Mirror.

"The Jeremy Kyle Show never once helped us after his rehab was cut short.

"If they had done what they said they would do and given him aftercare it would have been a different story."

Paul McCarthy's father Kevin, 62, also called The Jeremy Kyle Show a "disgrace" and alleged "the coroner at Paul's inquest used the words bear-baiting in connection with the experience". 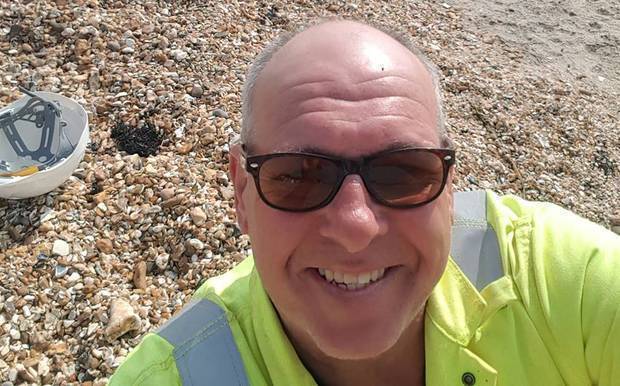 The allegations come just weeks after guest Steve Dymond was found dead after failing a lie detector test on the show.

The 62-year-old was said to be distraught after failing the test, designed to establish whether he had been faithful to his partner.

The show was cancelled last week after 14 years on air, following growing concern about the show's methods following Dymond's death.

Responding to the latest revelations, a Kyle Show spokesman told the Mirror: "ITV has many years experience of broadcasting and creating programmes featuring members of the public and each of our productions has duty of care measures in place for contributors.

"These will be dependent on the type of show and will be proportionate for the level of activity of each contributor and upon the individual.

"All of our processes are regularly reviewed to ensure that they are fit for purpose in an ever changing landscape.

"The programme has significant and detailed duty of care processes in place for contributors pre, during and post show which have been built up over 14 years, and there have been numerous positive outcomes from this, including people who have resolved complex and long-standing personal problems."