A question on The Chase in the UK about a New Zealand slang word has got Kiwis talking, with some debating whether it is even a word we came up with.

On an episode featuring Paul 'The Sinnerman' Sinha, the contestant was quizzed about the word "puckerooed".

Host Bradley Walsh asked: "Puckerooed is New Zealand slang for something that is what? 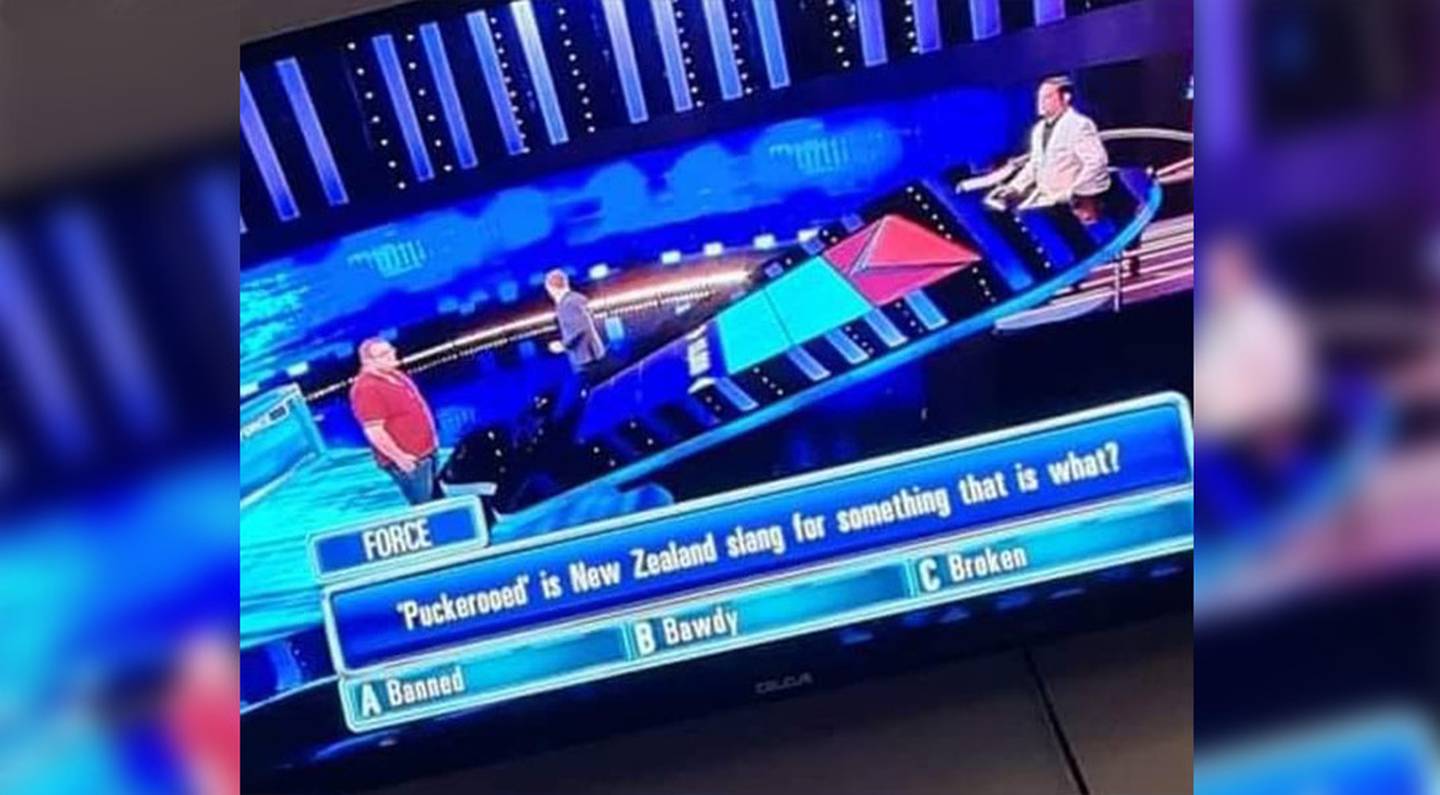 The question led to a number of Kiwis discussing whether it is a term used by New Zealanders. (Photo / The Chase / Facebook)

The question caught the eye of many Kiwis who took to social media to discuss the use of the word and whether it is now outdated.

"How did that extremely niched colloquial example even make it to international TV? Even most kiwis won't know that. That whole sentence is 'puckerooed'," one claimed.

A number of people said they remember their elders using the term, but say it is no longer common.

"Oh heck, that's a saying from way back. I remember my parents using that," one wrote.

Another said: "Yes it has been around for years! Don't hear it that often now though."

A third wrote they feel the saying has been replaced by a new slang word.

"Now I feel old. It's been replaced by the word 'munted' now."

However, a number of people indicated they'd never heard of it.

"I've heard of munted and paru if it's crap, but pretty sure I haven't heard puckerooed eh."

Others focused their attention at The Chase's spelling of 'puckerooed', with some claiming the show has spelt it incorrectly.

A viewer wrote: "Omg it's not meant to have 'rooed' on the end. it's pakaru, or pakarud. They spelt it like a Pakeha!"

"Aue that's a Pakeha version of pakaru," another added.

It's not the first time a question about New Zealand has featured on The Chase.

Last week on an episode aired to Kiwi audiences, Bradley Walsh asked the contestant what country was Bill English the prime minister of.