Majestic, increasingly hungry and at risk of disappearing, the polar bear is dependent on something melting away on our warming planet: sea ice.

In the harsh and unforgiving Arctic, where frigid cold is not just a way of life but a necessity, the polar bear stands out. But where it lives, where it hunts, where it eats — it's disappearing underfoot in the crucial summertime.

Scientists and advocates point to polar bears, marked as "threatened" on the endangered species list, as the white-hot warning signal for the rest of the planet — "the canary in the cryosphere." As world leaders meet in Glasgow, Scotland, to try to ramp up efforts to curb climate change, the spectre of polar bears looms over them. 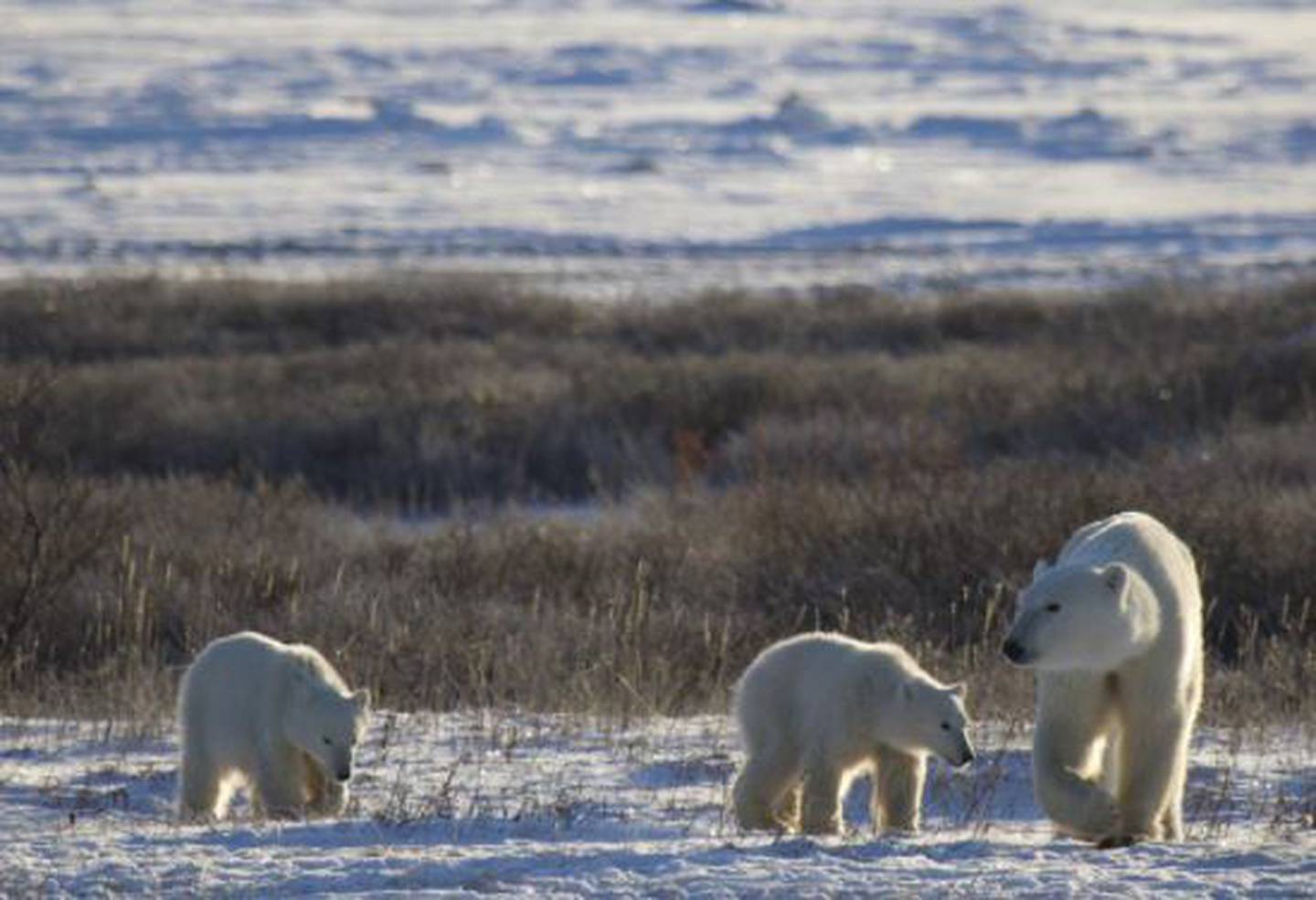 United Nations Environment Program head Inger Andersen used to lead the International Union for the Conservation of Nature, which monitors and classifies species in trouble. She asks: "Do we really want to be the generation that saw the end of the ability of something as majestic as the polar bear to survive?"

THE STATE OF SEA ICE

Arctic sea ice — frozen ocean water — shrinks during the summer as it gets warmer, then forms again in the long winter. How much it shrinks is where global warming kicks in, scientists say. The more the sea ice shrinks in the summer, the thinner the ice is overall, because the ice is weaker first-year ice.

Julienne Stroeve, a University of Manitoba researcher, says summers without sea ice are inevitable. Many other experts agree with her.

Former NASA chief scientist Waleed Abdalati, now a top University of Colorado environmental researcher, is one of them.

"That's something human civilisation has never known," Abdalati said. "That's like taking a sledgehammer to the climate system and doing something huge about it."

The warming already in the oceans and in the air is committed — like a freight train in motion. So, no matter what, the Earth will soon see a summer with less than 1 million square kilometres of sea ice scattered in tiny bits across the Arctic.

The big question is when the Arctic will "look like a blue ocean", said Mark Serreze, director of the National Snow and Ice Data Center.

The Arctic has been warming twice as fast as the rest of the world. In some seasons, it has warmed three times faster than the rest of the globe, said University of Alaska at Fairbanks scientist John Walsh.

That's because of something called "Arctic amplification". Essentially, white ice in the Arctic reflects heat. When it melts, the dark sea absorbs much more heat, which warms the oceans even more quickly, scientists say.

There are 19 different subpopulations of polar bears in the Arctic. Each is a bit different. Some are really in trouble, especially the southernmost ones, while others are pretty close to stable. But their survival from place to place is linked heavily to sea ice.

"As you go to the Arctic and see what's happening with your own eyes ... it's depressing," said University of Washington marine biologist Kristin Laidre, who has studied polar bears in Baffin Bay. 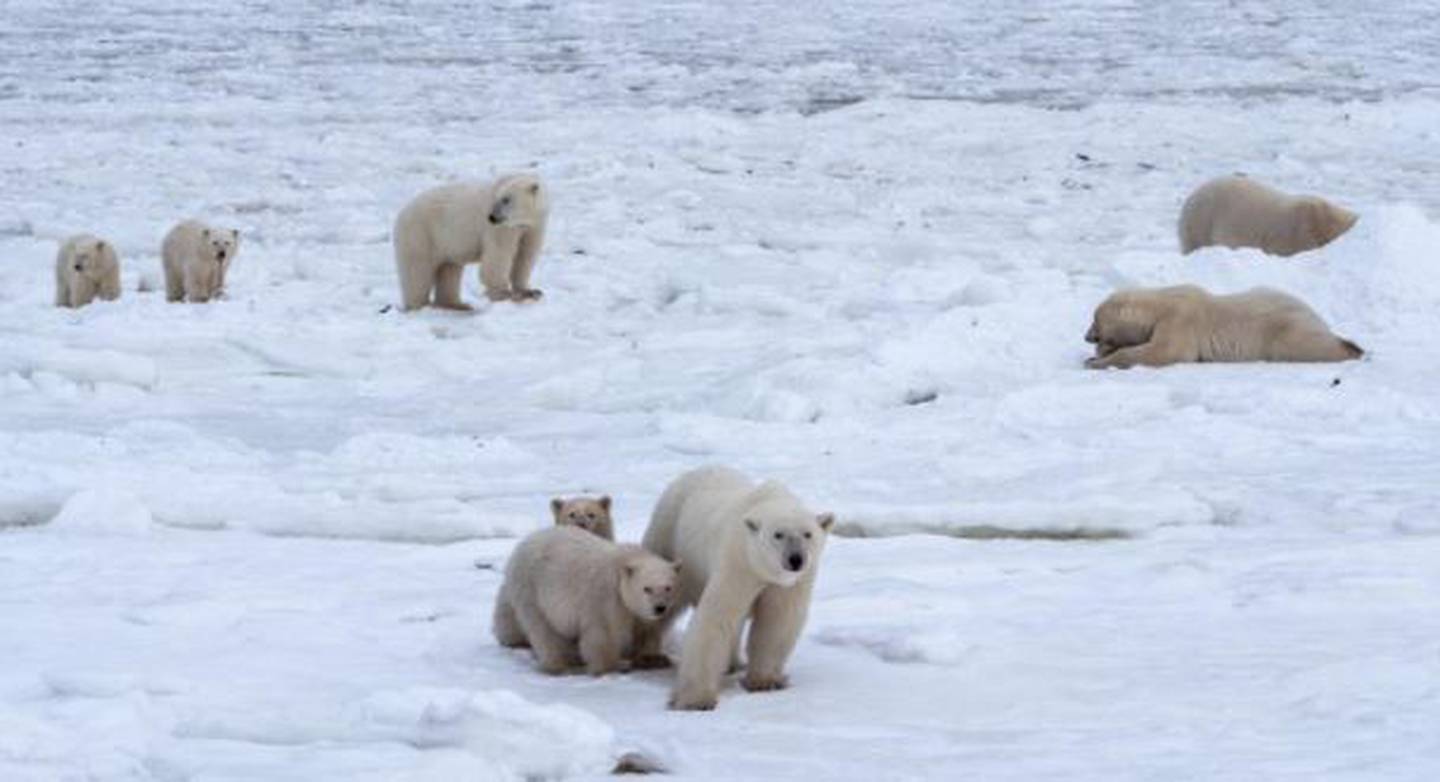 In the summertime, polar bears go out on the ice to hunt and eat, feasting and putting on weight to sustain them through the winter. They prefer areas that are more than half covered with ice because it's the most productive hunting and feeding grounds, Amstrup said. The more ice, the more they can move around and the more they can eat.

Just 30 or 40 years ago, the bears feasted on a buffet of seals and walrus on the ice.

In the 1980s, "the males were huge, females were reproducing regularly and cubs were surviving well," Amstrup said. "The population looked good."

With ice loss, the bears haven't been doing as well, Amstrup said. One sign: A higher proportion of cubs are dying before their first birthdays.

Polar bears are land mammals that have adapted to the sea. The animals they eat — seals and walruses mostly — are aquatic.

The bears fare best when they can hunt in shallow water, which is typically close to land.

"When sea ice is present over those near-shore waters, polar bears can make hay," Amstrup said.

But in recent years the sea ice has retreated far offshore in most summers. That has forced the bears to drift on the ice into deep waters — sometimes nearly a mile deep — that are devoid of their prey, Amstrup said.

Go 30 to 40 miles offshore from Prudhoe Bay in the Beaufort Sea "and you're in very unproductive waters", Amstrup said.

Further south in the Chukchi, it's shallower, which allows bottom-feeding walruses to thrive. That provides food for polar bears, he said.

"The bears in the Chukchi seem to be faring pretty well because of that additional productivity," Amstrup said. But the bears of the Beaufort "give us a real good early warning of where this is all coming to."

Even as world leaders meet in Scotland to try to ratchet up the effort to curb climate change, the scientists who monitor sea ice and watch the polar bears know so much warming is already set in motion.

There's a chance, if negotiators succeed and everything turns out just right, that the world will once again see an Arctic with significant sea ice in the summer late this century and in the 22nd century, experts said. But until then "that door has been closed," said Twila Moon, a National Snow and Ice Data Center scientist. 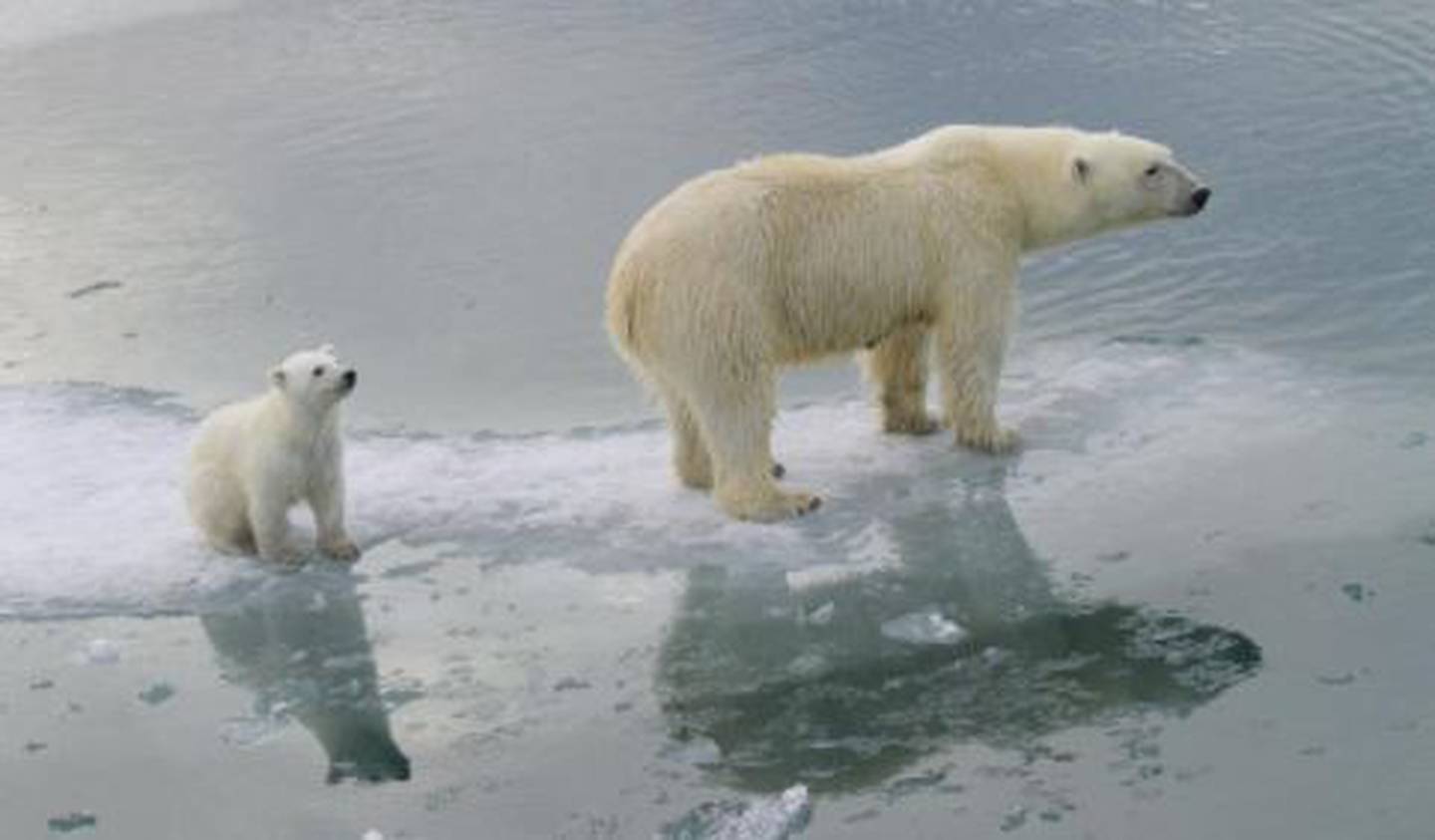 So hope is melting too.

"It's near impossible for us to see a place where we don't reach an essentially sea ice-free Arctic, even if we're able to do the work to create much, much lower emissions" of heat-trapping gases, Moon said. "Sea ice is one of those things that we'll see reach some pretty devastating lows along that path. And we can already see those influences for polar bears."