Disturbing new footage has shown the shocking moment a member of the Hong Kong boyband, Mirror, was crushed by a falling video screen.

The horrific incident was captured on a phone camera of a fan in the audience as the Cantopop boy band performed a concert at the Hong Kong Coliseum.

Later posting the video to social media, the footage shows one of the floating screens above the stage coming unhinged before falling before landing on one of the boy band members.

Other performers on the stage swiftly rushed to help those injured by the falling screen.

It is still unclear which member of the 12-person group was injured but the South China Morning Post reported that two of the band's male dancers - including a popular dancer known as Mo - were taken to the hospital.

Meanwhile, other local media have reported one of the dancers was in a "serious condition", while the other was stable. 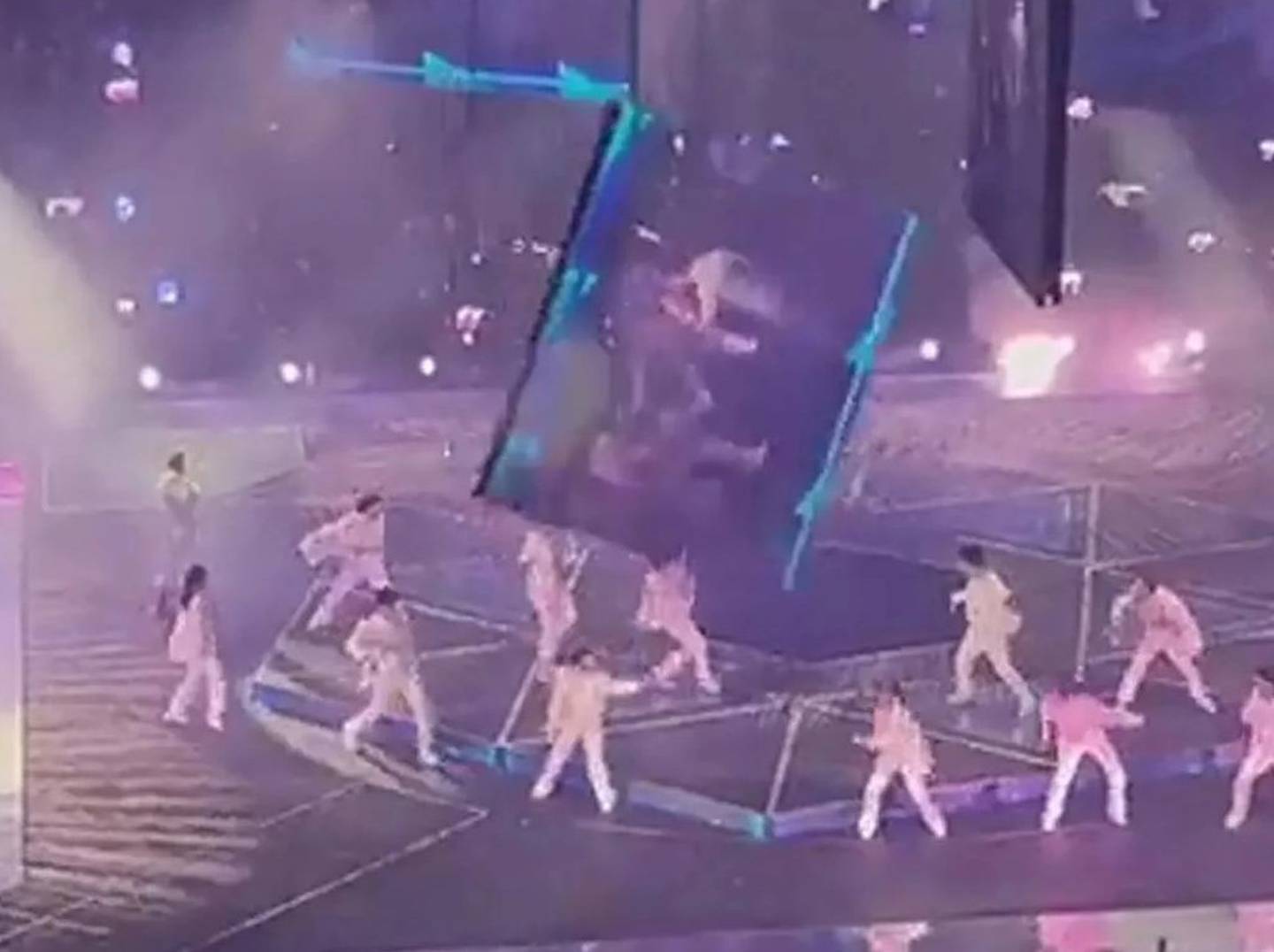 ABC News also reported Police said three female audience members were injured but only one was transported to hospital. The other two fans were "in a state of shock, but required no medical treatment".

New York Post additionally reported the concert quickly came to an event after the shocking moment and Ahfa Wong Wai-kwan, a manager of the band, came on stage to speak to the worried crowd. At least three people including a dancer were injured. Photo / Twitter @iamkingjer

Addressing the shocked concert-goers, Wai-kwan said: "Thank you so much for your support to Mirror, but there is something that we need to handle now,"

"I hope you can all leave in an orderly manner … I'm sorry. I promise to settle your tickets and promise we will handle the show to ensure [everyone's] safety."

The shocking incident comes after a member of the band, Frankie Lui, lost his footing and fell off the edge of the stage while giving a speech earlier this week.