The 64th Grammy Awards ceremony has wrapped up in Las Vegas with some shock wins – and a few upsets.

Jazz pianist Jon Batiste was the big winner on the night, winning five awards including the coveted Album of the Year.

Comedian Trevor Noah hosted the awards show, originally meant to take place on January 31, for the second year in a row after it was postponed due to the rise of Omicron in the US.

Performers included BTS, Billie Eilish, Olivia Rodrigo, Chris Stapleton, H.E.R., and Lil Nas X with Jack Harlow. And there were some moving tributes to the late Foo Fighters drummer Taylor Hawkins and to Stephen Sondheim, among other artists we lost last year.

Foo Fighters made history with their three Grammy wins taking them to a total of 15 – the largest number ever won by an American band.

Despite winning a Grammy for Best Melodic Rap Performance, Kanye West did not perform at the event after being banned due to his "concerning online behaviour" towards his ex-wife Kim Kardashian and her boyfriend Pete Davidson.

Host Trevor Noah referenced the shocking moment at the Oscars last week when Will Smith attacked Chris Rock onstage for making a comment about his wife's appearance. 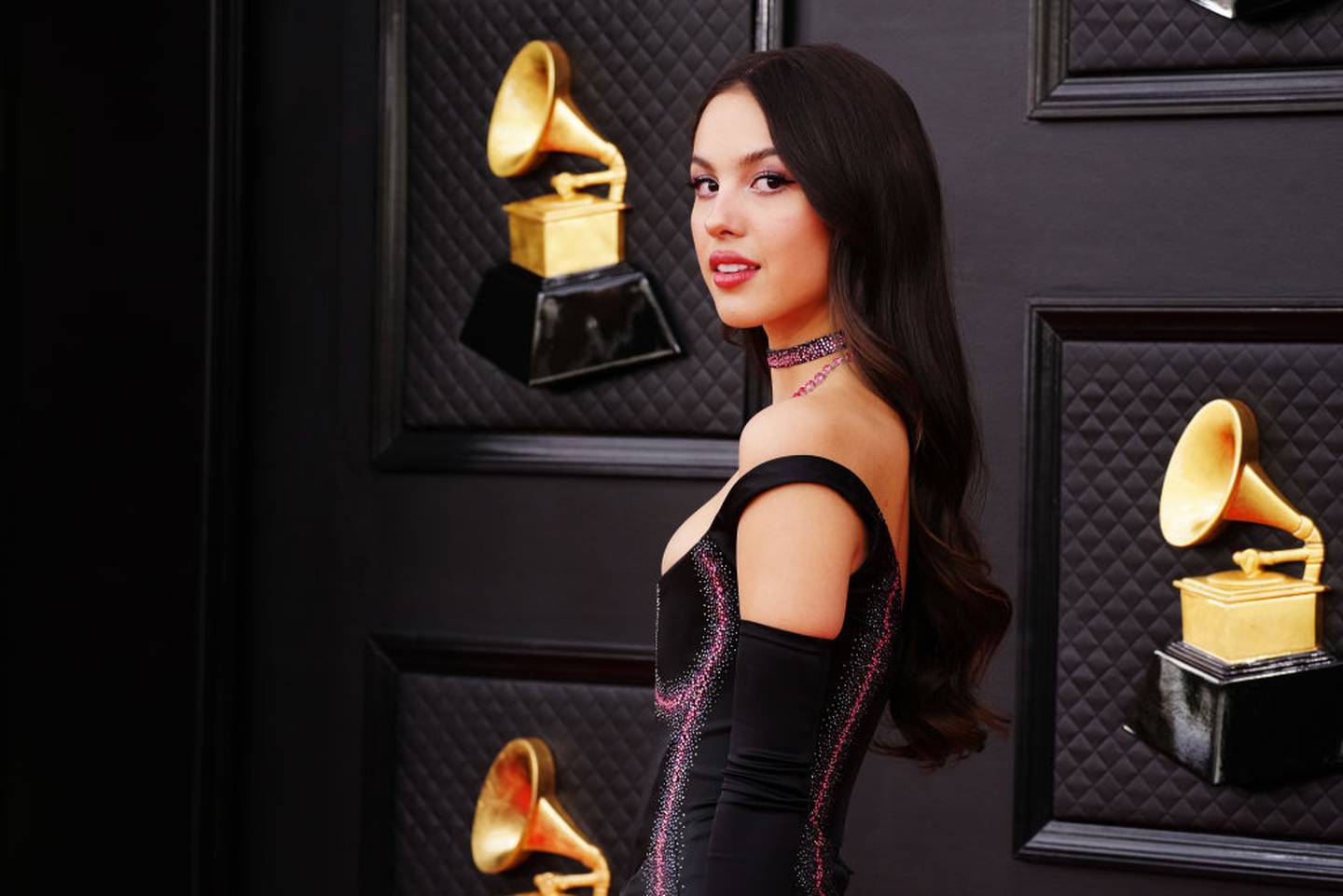 But she missed out on the coveted Album of the Year, which went to Jon Batiste, and Song of the Year, awarded to Silk Sonic.

She wasn't the only one to be snubbed – Billie Eilish and Justin Bieber missed out completely on all their nominations.

Earlier, Ukrainian President Volodymyr Zelenskyy introduced a special performance for Ukraine from John Legend in a pre-taped message from a bunker.

"The war doesn't let us choose who survives and who stays in eternal silence. Our musicians wear body armour instead of tuxedos. They sing to the wounded in hospitals, even to those who can't hear them. But the music will break through anyway.

"On our land, we are fighting Russia which brings horrible silence with its bombs. The dead silence. Fill the silence with your music! Fill it today to tell our story. Tell the truth about his war on your social networks, on TV. Support us in any way you can. Any – but not silence. And then peace will come. "

Record of the Year

Album of the Year

WINNER: We Are – Jon Batiste

Song Of The Year

Pick Up Your Feelings
Jazmine Sullivan

WINNER: Fight for You HER

WINNER: Call Me If You Get Lost Tyler, the Creator

WINNER: Believe for It CeCe Winans

WINNER: Believe for It CeCe Winans

WINNER: The Last Tour Of The World Bad Bunny

WINNER: At My 80's Vicente Fernandez

WINNER: I Be Trying Cedric Burnside

WINNER: They're Calling Me Home Rhiannon Giddens with Francesco Turrisi

WINNER: Beauty in the Silence

WINNER: Carry On: Reflections for a New Generation from John Lewis Don Cheadle

WINNER: All Eyes on Me (from Bo Burnham: Inside) Bo Burnham

Best Arrangement, Instrumental or A Cappella

WINNER: To The Edge of Longing (Edit Version) Vince Mendoza

Producer Of The Year, Non-Classical

Producer Of The Year, Classical