The bride who was partnered with disgraced Married at First Sight contestant Chris Mansfield last night shunned the television season premiere and slammed the show's producers for putting her "life in direct danger".

Aimee Collins was selected as Mansfield's bride for the third season of the embattled show before her storyline was cut, after it was revealed he had an outstanding warrant for his arrest in the United States and a domestic violence charge next to his name.

Collins refused to watch last night's first episode and encouraged others to boycott Married at First Sight, while she also hit out at both Warner Bros. and MediaWorks for failing to ensure her safety.

Instead of tuning in to watch Collins spent the evening doing something "far more rewarding" in helping feed the homeless and rough sleepers in central Auckland.

"A lot of you have been asking if I'm watching tonight," Collins wrote in her Instagram Story.

"The answer is no. I will not support a media company who put my life in direct danger.
"I ask you to consider this before watching the show as well."

The 34-year-old also raised the issue of New Zealand's domestic violence problems and expressed her dismay that a lack of due diligence from Married at First Sight's producers had left her in potential danger.

"I never once considered my life being at risk," she added.

"Warner Brothers and Mediaworks did not do their due diligence in ensuring my safety (sic).

"It took a journalist just 4 days to find out about my on screen husbands alledged domestic abuse history (sic).

"I'm horrified I was put in this situation."

Collins ended her tirade by appealing to fans to give the show a miss and in turn support her campaign against domestic violence.

Collins' comments come after a member of her family reportedly said she and the production crew had become concerned by Mansfield's behaviour during their brief time together on the show. 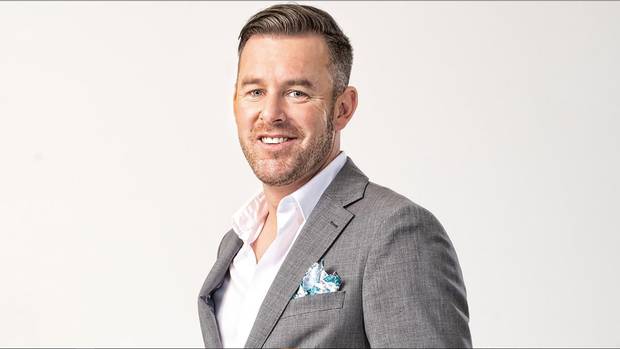 Chris Mansfield was edited out of Married At First Sight.

Mansfield was booted off the show before the allegations of domestic violence against him came to light. MediaWorks explained his exit came about because he had breached his contract but remain tight-lipped about exactly what occurred.

A family member told Stuff: "What Aimee said to me is that his behaviour was worrying the crew as well, and she was actually offered a separate room but she felt that would make his behaviour worse.

"The family are super concerned for Aimee."

Last week, Collins confirmed she was exploring legal options in the wake of the allegations against Mansfield.

"As these allegations have come to light over the last few days it has been particularly straining and emotional for me," she told the Herald.

"I'm currently working through this with the support of my legal team and MediaWorks."