Kiwi entertainment legends Jools and Lynda Topp have revealed they are both battling breast cancer.

In an exclusive interview with TVNZ's Sunday, the sisters shared that Jools was first to be diagnosed with breast cancer in 2006 at the age of 48.

Jools endured gruelling chemotherapy and the removal of her left breast which enabled her to recover.

However, last year she began to feel unwell again and shortly after, sister Lynda found out she also had breast cancer.

And while they are known for their performances as a duo, the twins shared that this battle is one they are being forced to do apart in order to protect each other.

"So, all of a sudden, boom. In Covid, I can't be with Jools. I came out of the office at St George's Hospital and I sat in the car. I just burst into tears," Lynda shared with Sunday.

"I don't know what's harder – having cancer or not having Jools here," she added.

As well as keeping the beloved 63-year-old twins apart, Covid-19 also forced them to cancel gigs and their income took a hit, adding to the stress the pair were facing.

The pair became Kiwi television staples with their show The Topp Twins, where they played characters Camp Mother, Camp Leader, Ken and Ken. 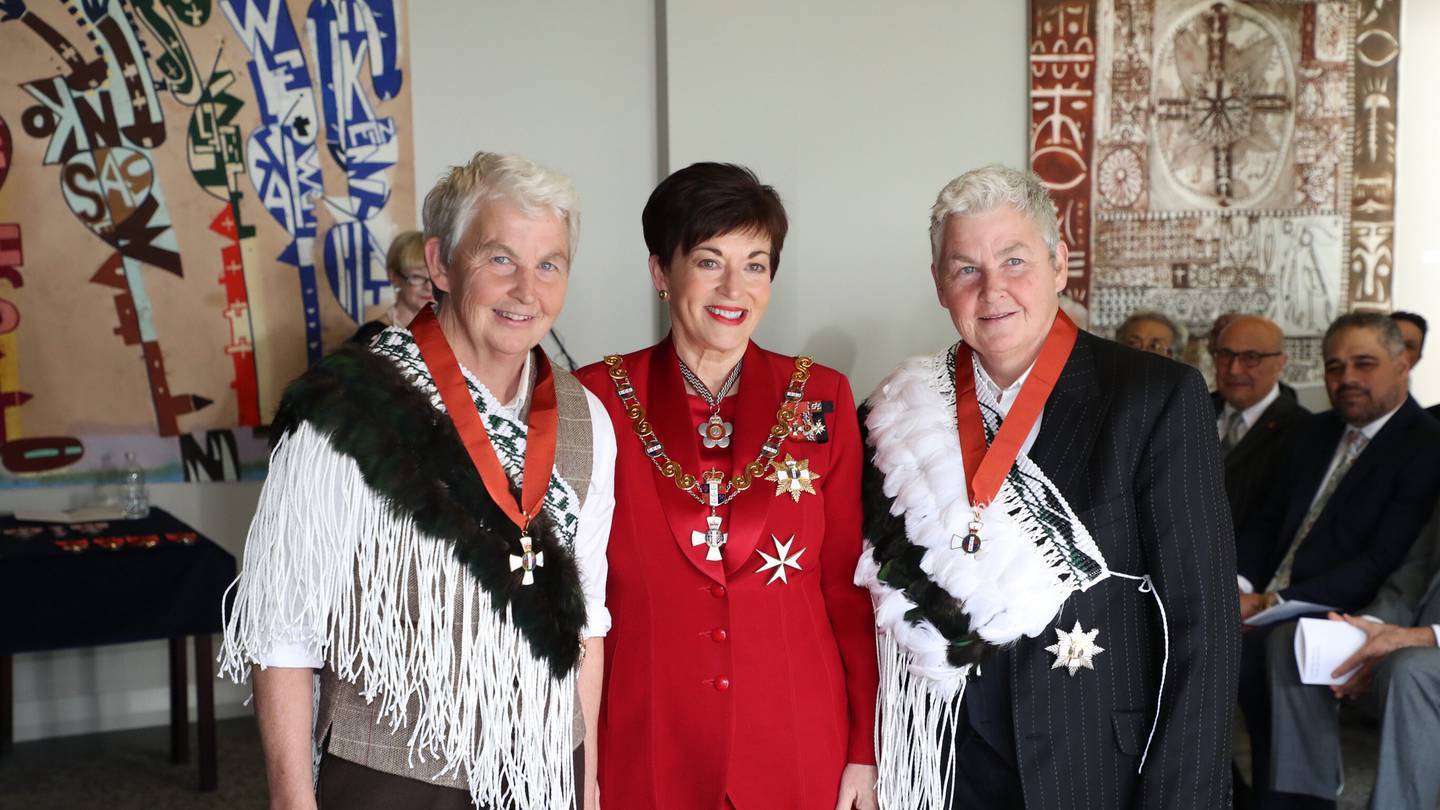 Dame Julie and Dame Lynda Topp with Governor-General Dame Patsy Reddy after the twins were honoured for their more than 30 years of services to entertainment. Photo / Greg Bowker

The show then sparked a feature film, and multiple TV spin-off shows as well as hundreds of performances across the nation.

In 2018 the entertainment duo was made Dame Companions of the New Zealand Order of Merit for services to entertainment at Government House.

The pair were draped in korowai – the first Dames in New Zealand to wear them. The korowai, woven by Kiri Nathan, was a new addition to the investiture of Dames.

The Topp twins then sang a waiata, with Jools ending it with "Kia kaha, be strong".

Watch the full interview with Jools and Lynda on Sunday, TVNZ1 7.30pm or OnDemand.