He's no stranger to reality TV appearances – but Alex Vaz has danced his last on this year's season of Dancing with the Stars.

Along with his pro dance partner Brittany Coleman, Vaz was eliminated on last night's episode of the show after a dance-off with Eric Murray and Loryn Reynolds.

And the reality star has taken the elimination to heart, telling Newstalk ZB's Kerre Woodham on her podcast Inside Dancing with the Stars, "I was very upset, it's definitely something I've still probably got to deal with."

"I definitely didn't leave thinking, thank god, that's for sure."

Vaz, 28, felt like he'd been "dragged along the rocks the whole way through" after ending up in the bottom two couples in every elimination – but last night finally spelled the end for the former Heartbreak Island star.

It hasn't quite sunk in yet, he says – "I haven't even had time to call my mum and talk about the show yet."

Arguably one of the most improved dancers on the show, Vaz said he'd given it his all.

"I definitely took all the feedback into account and I think I truly did work some of the hardest on that show. I'm not saying anyone worked less or harder than me but what more could I have given them?

"I definitely stuffed up a few moves here and there, my honest opinion is that I didn't stuff up as much as some other people," he added.

Asked by Woodham if he was referring to Eric Murray, he replied, "Look, no names ... you know everybody did an amazing job and everybody put it all out there for a good cause. Some more than others, maybe," he joked. 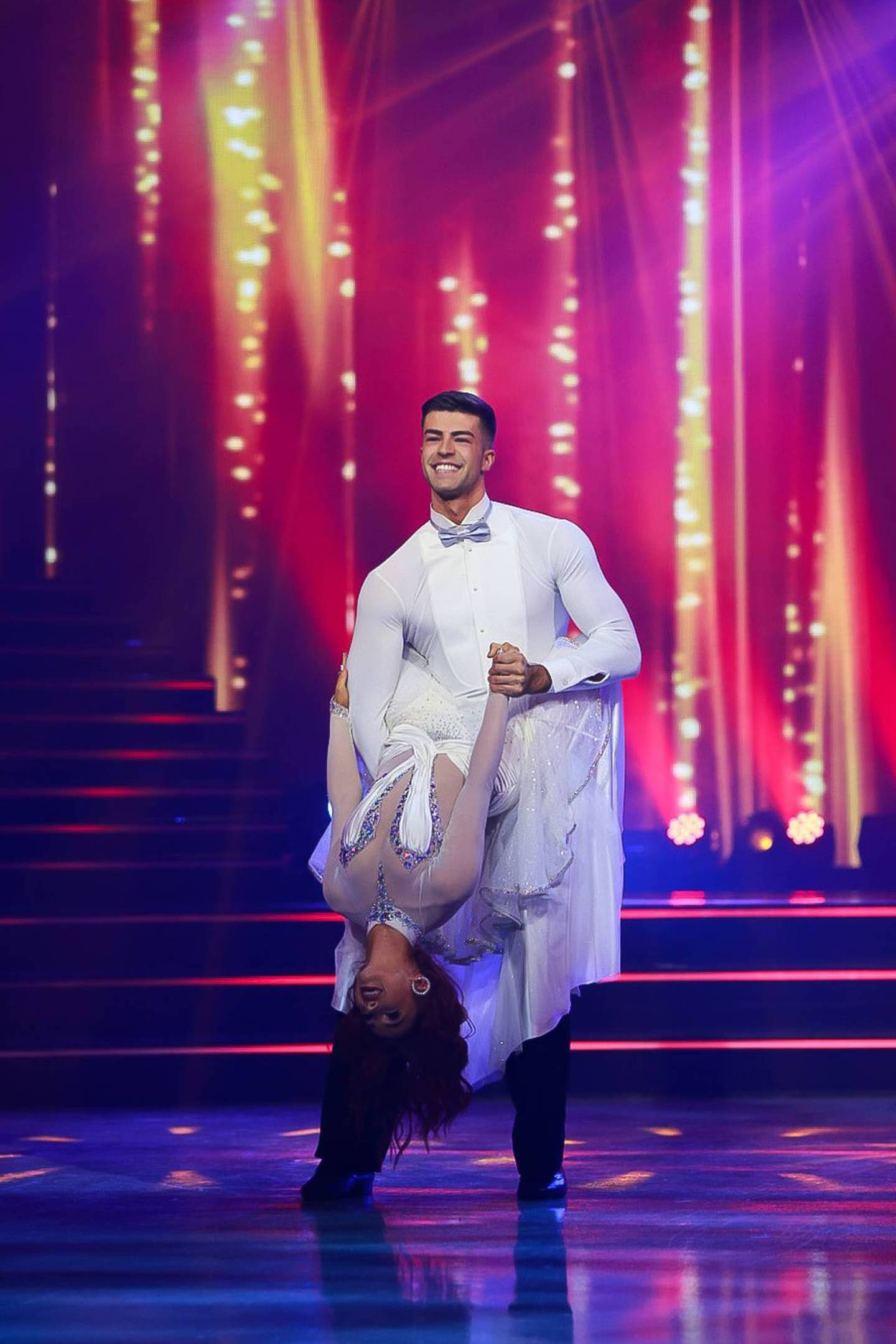 Vaz says he won't be going on any more reality shows any time soon. Photo / Supplied

He's been stranded for weeks on Heartbreak Island, made a bid for a Bachelorette's heart and now he's given it his all on the dance floor – but which reality show has been the hardest for Vaz?

"They all come with their own mixed bag," he shared.

"I think Heartbreak Island truly had probably the hardest elimination in terms of the experience, I was there for five or six weeks locked in an island without any contact with the outside world. So, when you see people leave it was truly like they died and you lost a family member. It was harsh."

But Dancing with the Stars was "arguably 10 times more work than any show I've done put together", he added.

So, what's next for Vaz? He's getting back to reality - off-screen.

"I'm not gonna be jumping on any reality shows any time soon," he told Woodham.

"I'll get a big debrief from Mum and figure out how to navigate from here now.

"I'm looking forward to a break and very appreciative of all the beautiful words and support."