Dancing with the Stars 2022 has been hit by the spectre of Covid as the cast enters semi-final week.

Olympic rowing great Eric Murray is out of this season's dance competition after testing positive for the virus and is now isolating at home.

"We have found out that Eric Murray has gone down with Covid which means that him and Loryn are now out of the comp," host Sharyn Casey said tonight.

Alex Vaz – who was eliminated on Monday night – is back in with his partner Brittany Coleman.

"I'm very disappointed that our ending has come down to Covid, but it's always a risk we took at this current time. I'm looking forward to watching my fellow competitors dance, and we'll be back to watch the grand finale to celebrate who comes out on top!" said Murray.

The cast, crew and staff members working on the show are required to return negative RATs every day before starting work at the Epsom studio.

Many of the members of the cast can be seen on social media in the last 24 hours, posting photos out with friends and at restaurants, with only a handful of celebrities not posting. 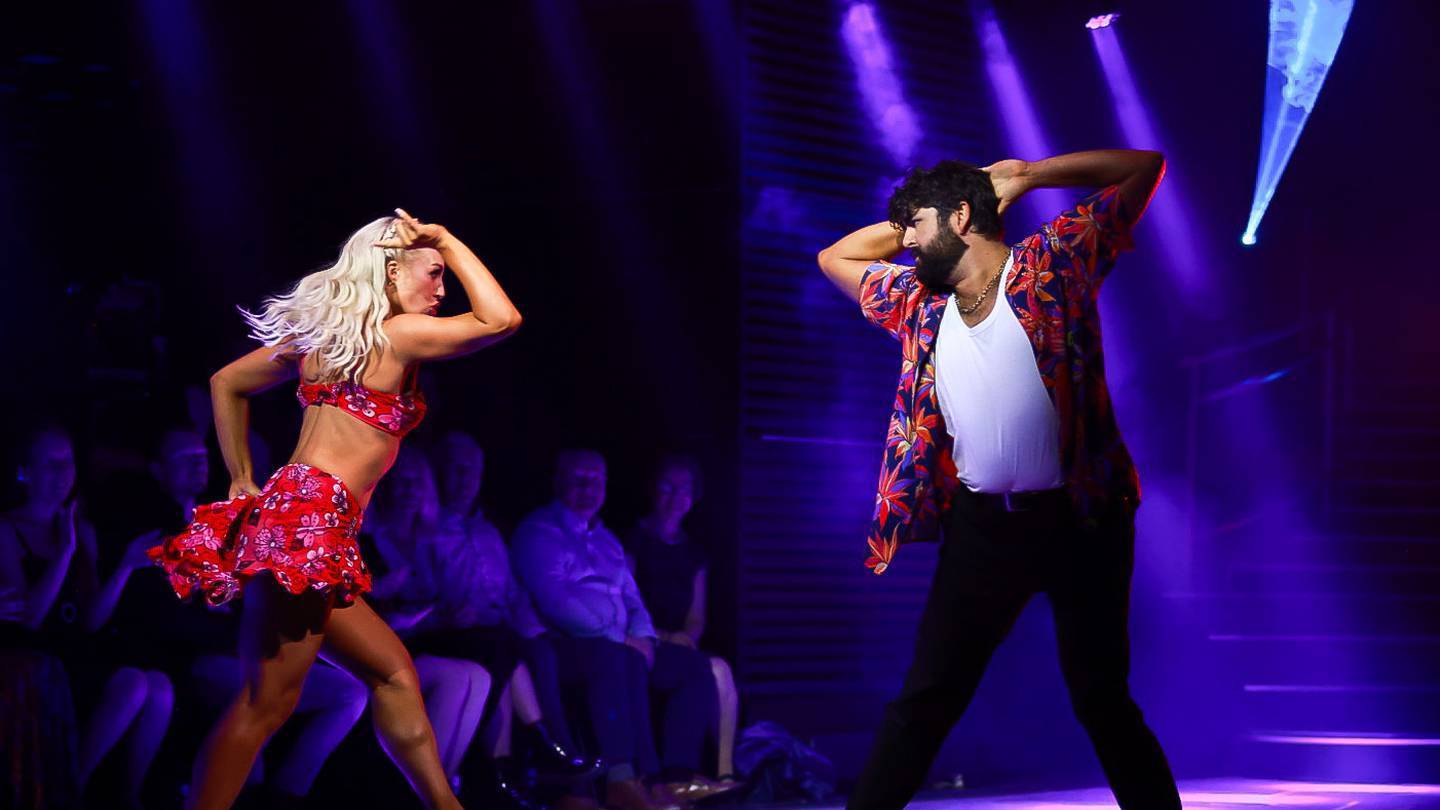 Some of the cast members on Dancing with the Stars have come down with Covid. Photo / Supplied

The positive result is a blow to the production, which was postponed last year for the second time in a row due to the Covid-19 restrictions in place at the time.

Dancing with the Stars returned to our screens last month after a three-year hiatus.

Live recordings of the performances take place on Sunday and Monday nights.

The recordings also take place in front of a live audience.

The news comes after Monday night's elimination saw Vaz sent home after a dance-off with Murray.

The reality star told Newstalk ZB's Kerre Woodham on her podcast Inside Dancing with the Stars, "I was very upset, it's definitely something I've still probably got to deal with."

Vaz, 28, felt like he'd been "dragged along the rocks the whole way through" after ending up in the bottom two couples in every elimination – but last night finally spelled the end for the former Heartbreak Island star.

Kane also said on The Girls Uninterrupted podcast that she was feeling ill.

"I'm testing every day because I'm so damn paranoid about getting Covid at the business end of bloody dancing. I'm hoping I'm just a bit rundown," Kane said.

"They've been people that have come to the show, people that work on the show who have had it. So, you're taking steps, RAT testing every day, because we've come too far now, [we] have got to keep going."