Santa Fe sheriff's office released footage showing Baldwin in an interview room with two deputies where one tells the actor, "I do have some very unfortunate news to tell you. She didn't make it".

Baldwin immediately covers his mouth with his hand and says "No" before freezing in his seat as he processes the tragic information. 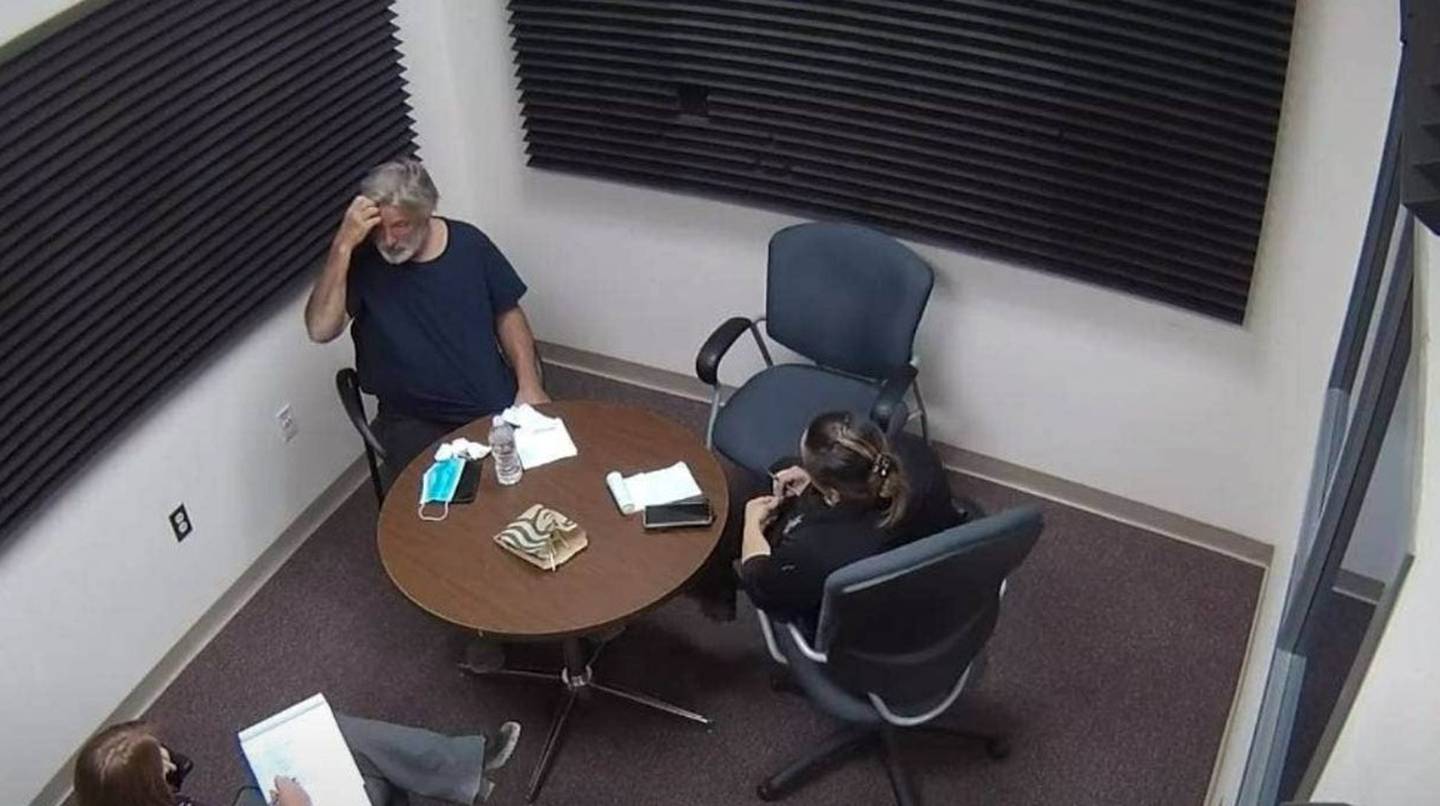 The deputy went on to tell Baldwin that the film's director Joel Souza who was also shot and injured, was still in hospital.

"I didn't want you to hear it outside of here." The deputy explains before asking if there was anything they could do for Baldwin. The actor responded that he wanted to call his wife before walking out of the room with his hand on his forehead.

The Guardian has reported that all footage relating to their investigation was released due to continuous media requests being submitted to the sheriff's office.

Other footage includes sheriff bodycam footage showing the hectic moments following the shooting – including offices arriving on the scene and paramedics working on Hutchins and Souza. 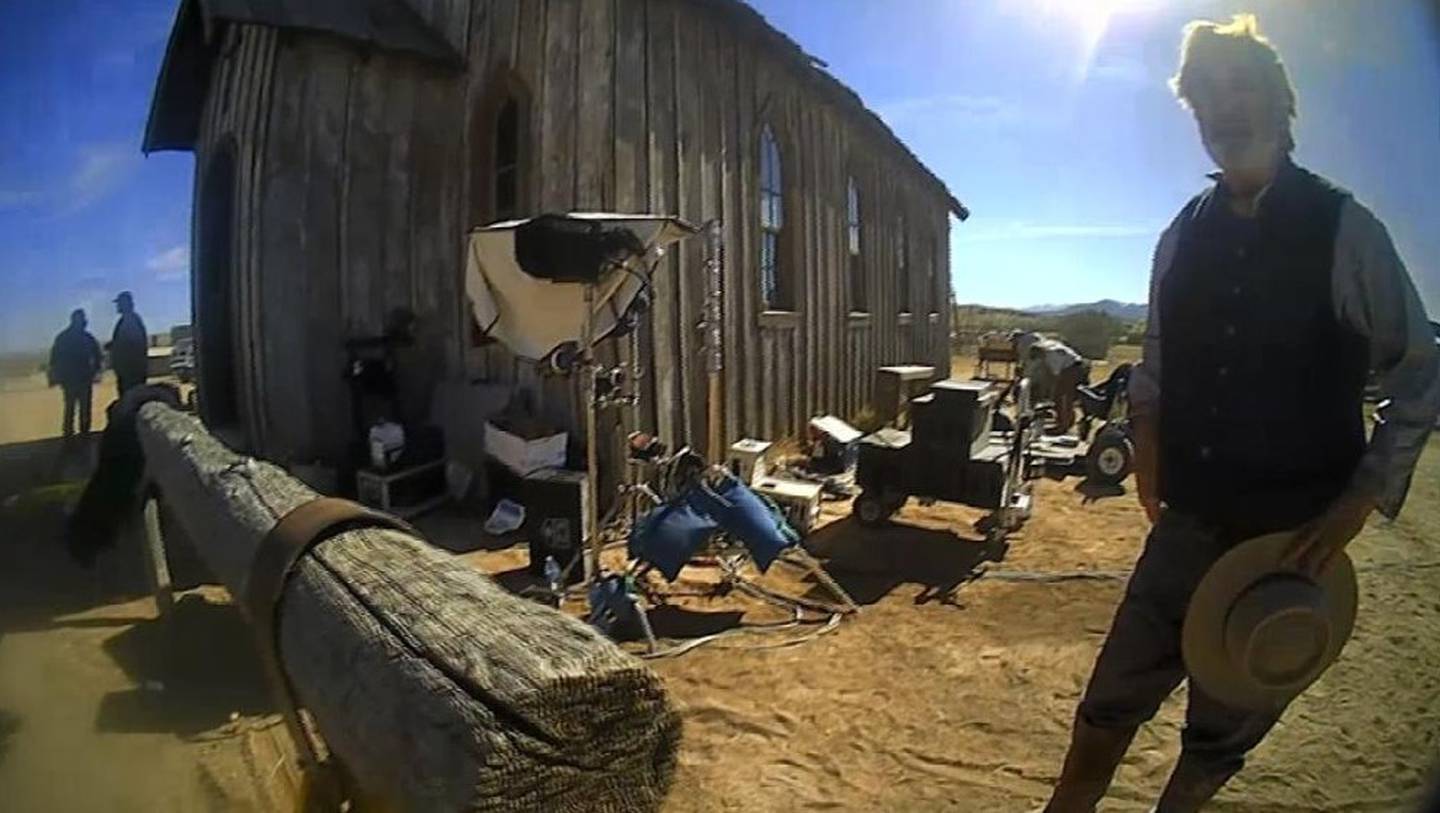 The released footage also shows the initial police interview where Baldwin can be seen telling the sheriffs, "Somebody put a live round in the gun.

"If that's a bullet that was pulled out of his shoulder, then someone loaded a live round into the gun I was holding.

"I rehearsed with a hot gun," he said. "It was supposed to be cold or empty … This is the most horrifying thing I've ever heard in my life."

The footage also shows Baldwin in a closeup frame taking the gun out of its holster and aiming it twice prior to the tragic incident.

Additional footage shows Souza describing "a very loud bang" and feeling like he had been "kicked in the shoulder" before he asked about Hutchins. The director said, "I was down on my a** and I look over and see the cinematographer Halyna Hutchins with blood coming out of her back." 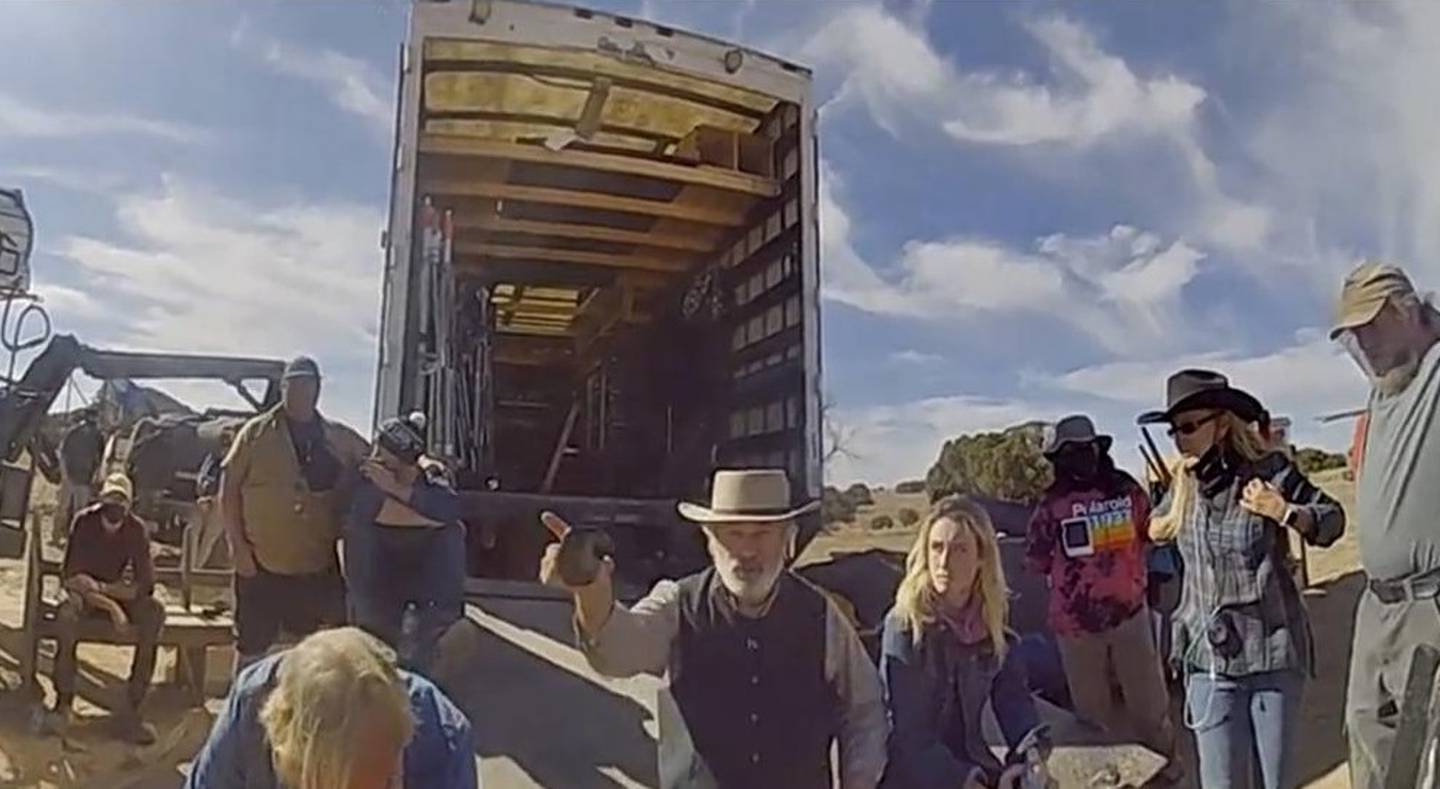 Souza went onto say he witnessed the armourer, Hannah Gutierrez Reed hand Baldwin the gun telling him it was "cold" or "clean" insinuating there were no live rounds in the weapon. He continued to say, "there was a bang that was louder than I ever heard come from a blank before".

Additional footage released by the department includes interviews with production crew members who confirmed Baldwin was the one holding the gun.

The release of the footage comes after a recent report found the film's production company "knew that firearm safety procedures were not being followed on set" and "demonstrated plain indifference to employee safety". 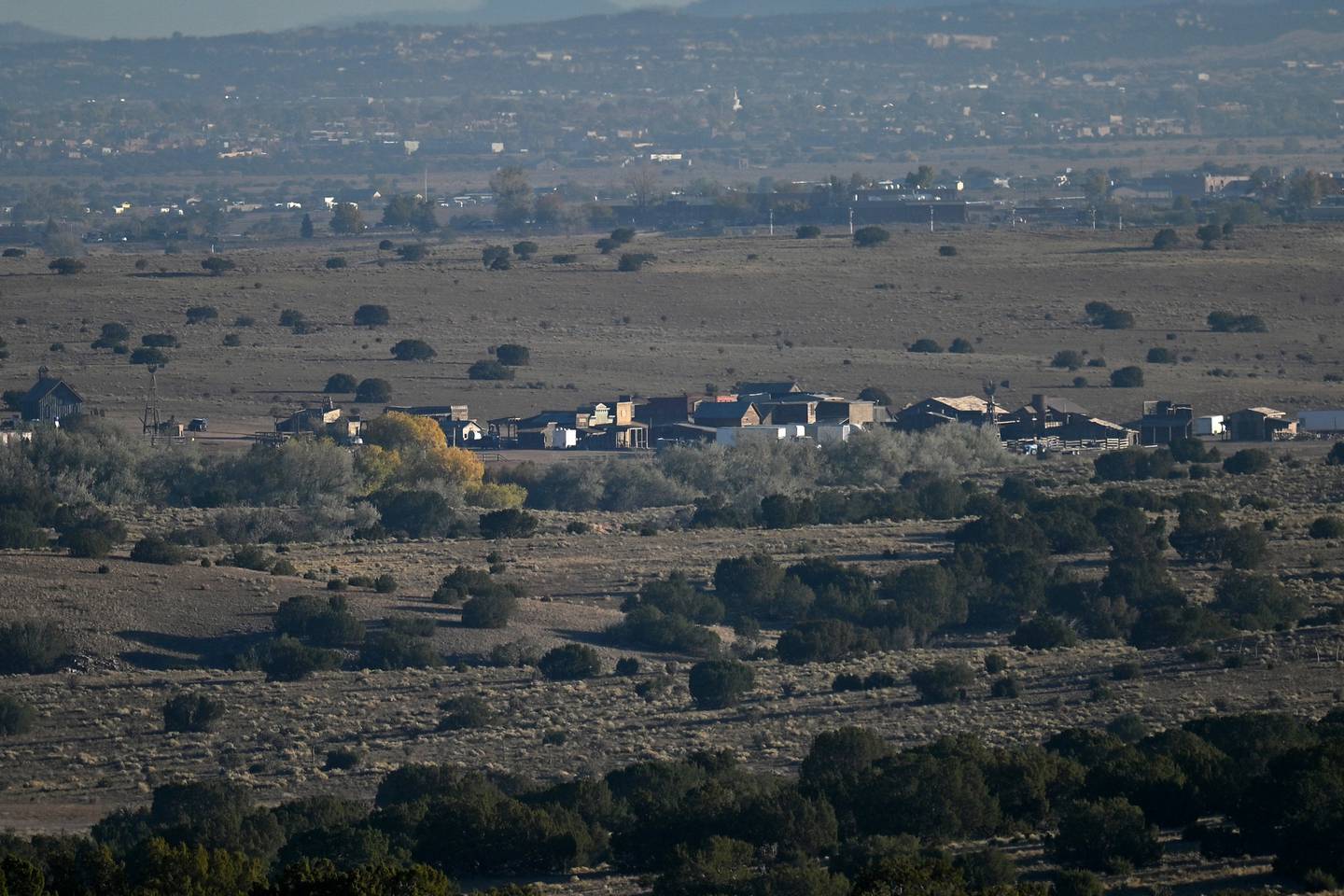 The set of the movie Rust at Bonanza Creek Ranch. Photo / Getty Images

The Guardian reported the findings resulted in Rust Movie Productions being fined the maximum penalty allowed by state law in New Mexico which equated to NZ$200,955

However, Adan Mendoza, sheriff of Santa Fe county, revealed there were components of the investigation that "remain outstanding" including FBI firearm and ballistic forensics.

Baldwin's lawyer filed new court documents in March which say the star denies any responsibility for firing the fatal shot that killed Hutchins.

He claimed every mistake leading up to and including the moment Hutchins was fatally shot was "performed by someone else".