Alec Baldwin is being sued – again.

The actor is facing defamation charges from the family of a Marine killed in Afghanistan claiming he falsely accused them of attending the January 6 capitol riots in Washington.

According to court documents seen by People Magazine, the family is now demanding a jury trial.

Rylee McCollum, 20, was killed outside Afghanistan's international airport in a bombing on August 26 as US troops were preparing evacuees to fly out of the country in the wake of the Taliban takeover.

After McCollum's death, Baldwin sent one of his sisters, 22-year-old Roice, a $5,000 donation to go to his widow Jiennah Crayton and their baby.

But according to the complaint, earlier this month Baldwin is said to have accused Roice of taking part in the January 6 riots, calling her a "Jan. 6 rioter" and an "insurrectionist" in a private message and sharing her photos to his own Instagram account, telling her, "I reposted your photo. Good luck."

He's since deleted the photos, but Roice and her sister Cheyenne as well as Crayton have said they received death threats since Baldwin reposted. Neither Cheyenne nor Crayton attended the riots.

Roice shared a snap of herself at the Capitol on Instagram on January 1, writing in the caption, "Throwback".

According to the suit, she attended a protest on January 6, 2021, but did not take part in the riots that followed and has been cleared after an interview with the FBI.

The complaint alleges that Baldwin commented on her photo, "Are you the same woman that I sent the $ to for your sister's husband who was killed during the Afghanistan exit." 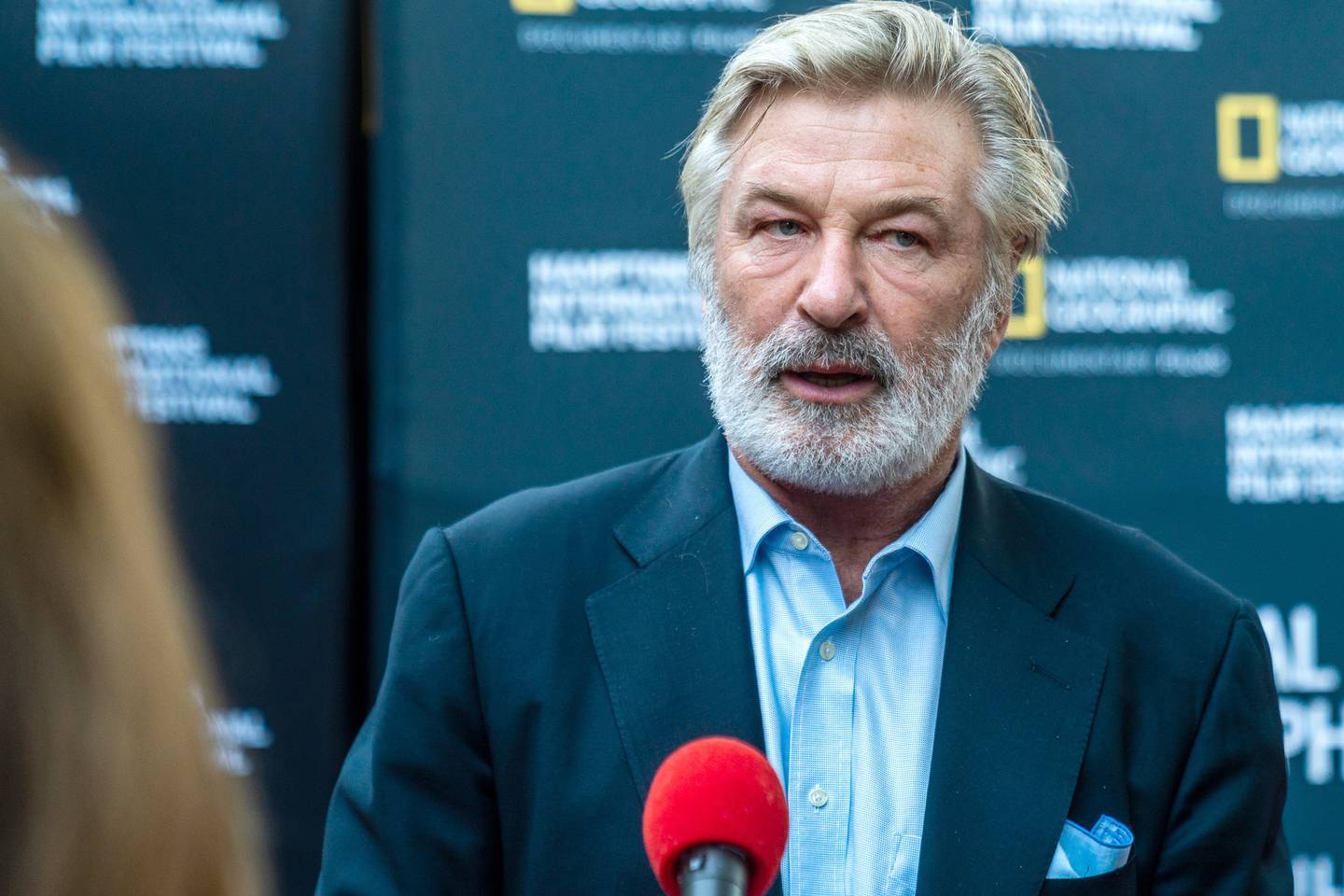 It's not the first lawsuit Baldwin has faced. He is also at the centre of the Rust shooting, which saw cinematographer Halyna Hutchins killed after he accidentally fired a gun on set of the film.

Baldwin and the film's other producers have been sued by two crew members in separate lawsuits. Last week, he handed his cellphone over to authorities as part of the continuing investigation into the accidental shooting.

Baldwin's civil attorney Aaron Dyer told People in a statement, "Alec voluntarily provided his phone to the authorities this morning so they can finish their investigation. But this matter isn't about his phone, and there are no answers on his phone."

"Alec did nothing wrong. It is clear that he was told it was a cold gun, and was following instructions when this tragic accident occurred," he added. "The real question that needs to be answered is how live rounds got on the set in the first place."