A man has been seriously injured in a shooting on the grounds of a primary school in Flaxmere, Hawke's Bay.

Police and ambulance were called to the area, near Henderson Rd and Whitby Cres, about 2.10pm.

One person has been taken to Hawke's Bay Hospital with serious injuries, a St John spokeswoman said.

Stuff reported the shooting took place on the grounds of Flaxmere Primary School, which was placed in lockdown about 2.15pm.

Police said they were not seeking anyone else in relation to the shooting.

Peterhead School nearby was also placed into lockdown for five minutes.

The lockdown at Flaxmere Primary was lifted just before 3.30pm. 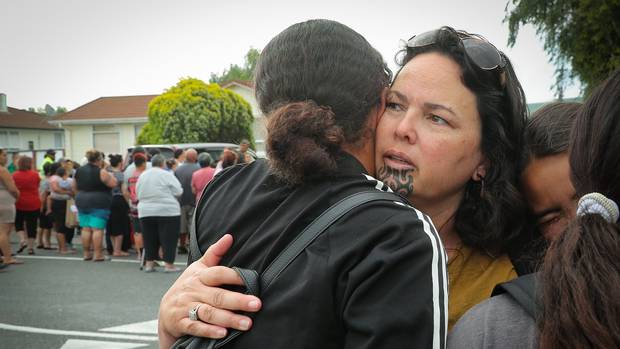 Flaxmere Primary School teacher Phillippa Watson said it was "scary for the kids, but the kids were amazing".

The school intercom helped police communicate to everyone what to do during the lockdown, she said.

"It was really frightening for everyone."

One pupil in one of the classrooms of the school described a frantic rush to shut the curtains, close the windows and lock the doors.

It was their last day of school for the year, the pupil said.

"We were just hiding and tucking ourselves in."

"We all thought it was fake because we do practices but then we heard the intercom say, 'it's not a drill' and we were like 'oh hell really'.

We heard the intercom again and our principal said "it's okay the police are here. I'm going to go over [to them] and go to all the classes to take them [the kids] out front.

"'If I don't come inside your classroom stay quiet and be safe'. So we just stayed in there and waited until she came and got us."

"That's the end of school for us."

A parent who was outside the school at the time of the incident told Hawke's Bay Today she heard a gunshot ringing out.

"I was here to collect my babies. That could've been my babies," she said.

She was among roughly 100 parents waiting for almost an hour for the all clear to pick up their kids outside the school.

Parents largely communicated with teachers via text who informed them that their children were safe in their classrooms throughout the ordeal.

Witnesses reported Armed Offenders Squad members were at the scene, with Whitby Cres, near the back of the school, cordoned off.

A police spokesperson said parents were advised to be patient.

A message to parents on the school's Facebook page about 2.30pm said: "We are on lock down. Please stay out of the school. All our kids are safe. Please stay. We are all hidden and OK.''

A school spokesperson commented on a local community Facebook page about 2.45pm:

"We are okay. Staff, kids and parents are all okay but still in lockdown. Going through a process and should be released soon."

At 3.10pm the school wrote that whanau could pick up their kids from the Henderson Road entrance.

"All tamariki and staff are safe and well."

Police at the entrance said kids would be coming out one classroom at a time.