A bus driver has died and six high school students have been hospitalised after a crash between a train and a bus near Palmerston North this morning.

Police confirmed the woman was killed in the crash on Railway Rd, in Bunnythorpe.

The bus had 41 people on board, including local high school students. 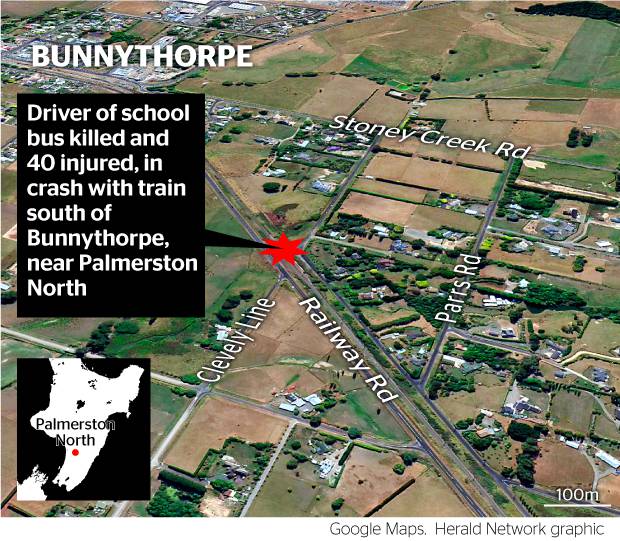 "Sadly, the driver died at the scene. No students were seriously injured as a result of the crash but some were transported to Palmerston North Hospital by St John staff with moderate to minor injuries," police said.

St John said they had assessed 40 people at the scene and took six to hospital.

Police described the crash as "extremely distressing" for all those involved - particularly the young people on the bus, their families, and the family and friends of the driver killed. 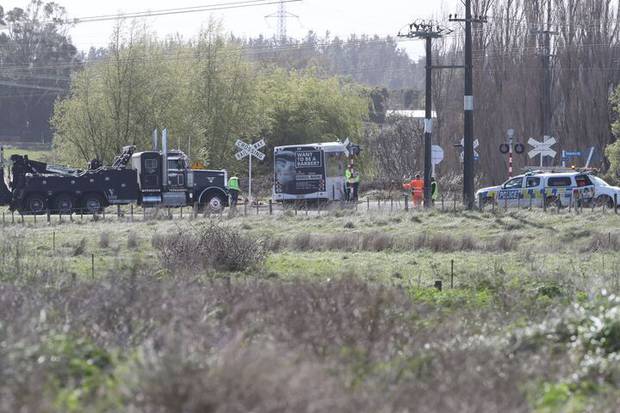 The scene of the crash between a bus and a train in Bunnythorpe, near Palmerston North. Photo / Bevan Conley

A blessing has since been performed at the site and the road is to open shortly.

WorkSafe New Zealand has been informed.

The circumstances of the crash are not yet fully known and an investigation is now under way. The scene of the crash in Bunnythorpe. Photo / Bevan Conley

The bus company the victim worked for, Uzabus, said in a statement: "All of us here at Uzabus are deeply saddened by the loss of one of our colleagues who was involved in the accident this morning.

"Our team has been on site assisting the passengers and police [and] we are thankful the passengers on board at the time did not suffer any significant injuries.

"The company is now working with police with its investigation to determine the events that led up to the accident. Our thoughts and support go out to all the passengers and the families connected to today's tragedy."

Rail safety charitable trust TrackSAFE NZ said it was saddened to hear of the crash.

"Our thoughts are with everyone affected, including whānau and friends of the deceased, passengers, emergency services, the locomotive engineer and other railway staff on site," Foundation manager Megan Drayton said.

The crash was "an absolutely tragic reminder of just how serious the outcome can be when a heavy vehicle collides with a train", she said.

Drayton said there are around 3000 level crossings in New Zealand and trains always have right of way.

"We strongly urge all motorists and pedestrians to be highly alert when crossing railway tracks, always look both ways for trains along the tracks before crossing and obey all signs and signals at the crossings." 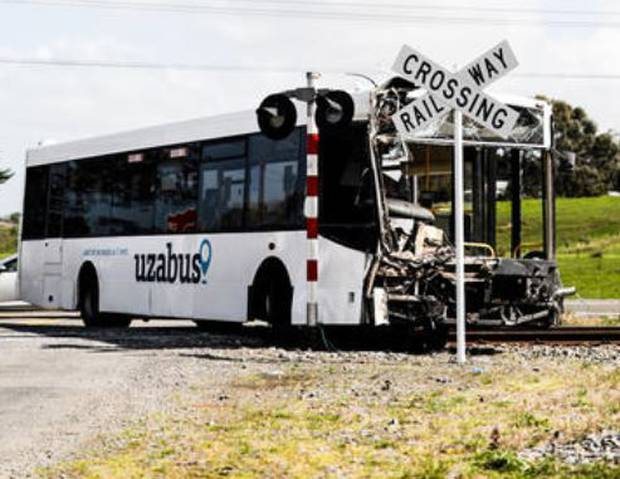 The female bus driver was killed in the crash. Photo / RNZ