A 12-vehicle pile-up that has blocked eastbound lanes on Auckland's Northwestern Motorway tonight has left a motorist with critical injuries.

A Waka Kotahi spokesperson says the crash before the Rosebank Rd on-ramp is blocking the centre lanes.

A full motorway closure for city-bound traffic is in place. 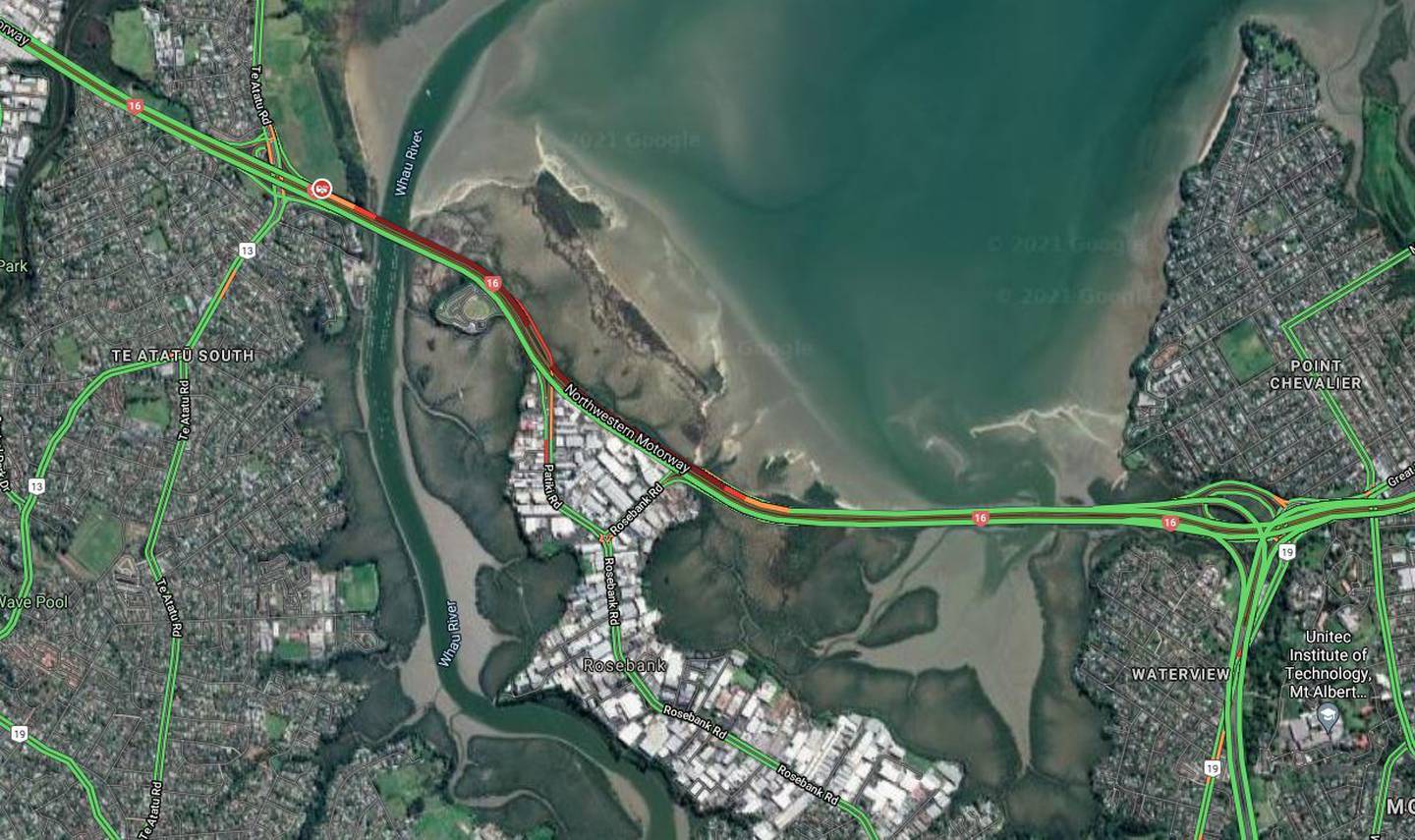 At one point there was a lane of traffic going past the crash, but that had since been shut off.

A detour is in place with vehicles told to exit at the Patiki Rd off-ramp, turn left onto Rosebank Rd and rejoin the motorway.

The motorway was expected to be closed for several hours.

The spokesperson said traffic appeared to be moderate at the moment and there was less traffic due to school holidays.

"Emergency services are onsite, please slow down through the area.

"Expect delays and pass the scene with care."

A witness said a male was cut from a vehicle by firefighters.

About three or four vehicles stopped to help the driver, he said.

The driver had a neck brace on.

The motorway was "absolutely gridlocked" but the fast lane was open at the time and traffic had been moving slowly past the scene, he said.

A St John ambulance spokeswoman confirmed one person was in a critical condition and was being transported to Auckland City Hospital.

A person with minor injuries was assessed at the scene but no hospital treatment was required. A St John rapid response unit was responding.

A police spokesperson said officers were responding to reports of a vehicle collision on the Northwestern Motorway at 6.15pm. The police serious crash unit was attending.

"There appears to be multiple vehicles involved."